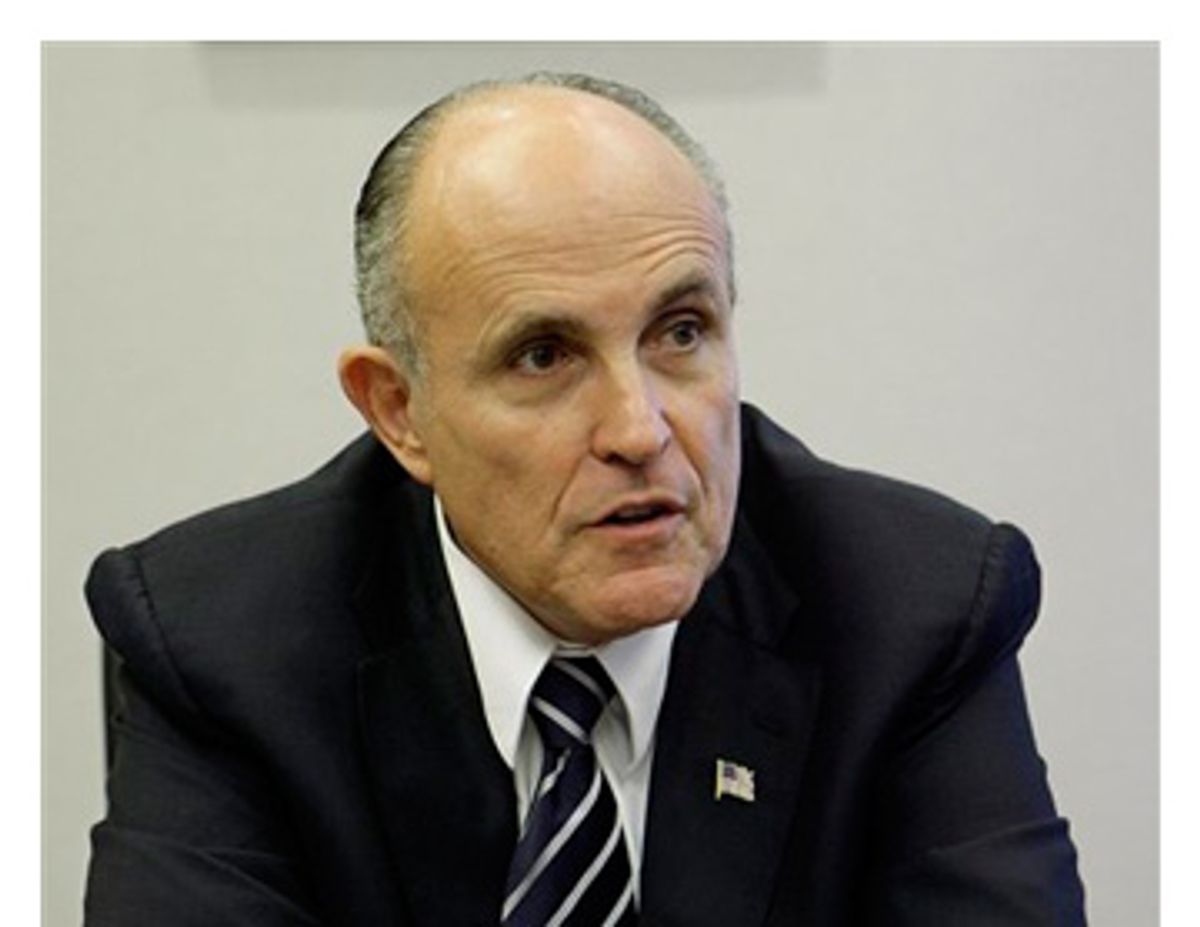 A powerful group of conservative Christian leaders decided Saturday at a private meeting in Salt Lake City to consider supporting a third-party candidate for president if a pro-choice nominee like Rudy Giuliani wins the Republican nomination.

The meeting of about 50 leaders, including Focus on the Family's James Dobson, the Family Research Council's Tony Perkins and former presidential candidate Gary Bauer, who called in by phone, took place at the Grand America Hotel during a gathering of the Council for National Policy, a powerful shadow group of mostly religious conservatives. James Clymer, the chairman of the U.S. Constitution Party, was also present at the meeting, according to a person familiar with the proceedings.

"The conclusion was that if there is a pro-abortion nominee they will consider working with a third party," said the person, who spoke to Salon on the condition of anonymity. The private meeting was not a part of the official CNP schedule, which is itself a closely held secret. "Dobson came in just for this meeting," the person said.

The decision confirms the fears of many Republican Party officials, who have worried that a Giuliani nomination would irrevocably split the GOP in advance of the 2008 general election, given Giuliani's relatively liberal stands on gay unions and abortion, as well as his rocky marital history. The private meeting was held Saturday afternoon, during a lull in the official CNP schedule. Earlier in the day, Vice President Dick Cheney had traveled to Utah to deliver a brief address to the larger CNP gathering. Republican presidential candidate Mitt Romney also addressed the larger group.

The decision has also been reported in an unsigned article by WorldNetDaily, a conservative online news service. "Not only was there a consensus among activists to withhold support for the Republican nominee, there was even discussion about supporting the entry of a new candidate to challenge the frontrunners," the article said. According to the Salt Lake Tribune, WorldNetDaily's editor, Joseph Farah, attended the larger CNP gathering.

According to a New York Times profile, the CNP was established in 1981, with the help of Paul Weyrich, chairman of the Free Congress Foundation, and the Rev. Tim LaHaye, the bestselling author of the "Left Behind" book series. In recent years, President Bush, former Undersecretary of State John Bolton and former Defense Secretary Donald Rumsfeld have met with the group, the Times reported. CNP membership is a closely held secret, and its meetings are not publicly announced or open to the press.

Dobson, who is one of the nation's most outspoken Christian leaders, has previously announced that he does not support Giuliani, Arizona Sen. John McCain or former Tennessee Sen. Fred Thompson as nominees for the Republican Party.

Attendees at the Saturday afternoon meeting also discussed the possibility of recruiting another person to run for the Republican nomination, said the person familiar with the proceedings. Several names have already been floated, though no decision on a possible candidate has yet been made, the person said.