Is Hillary running away with the race?

The national polls appear to show a Clinton romp, but when it comes to polls, appearances can be deceiving. 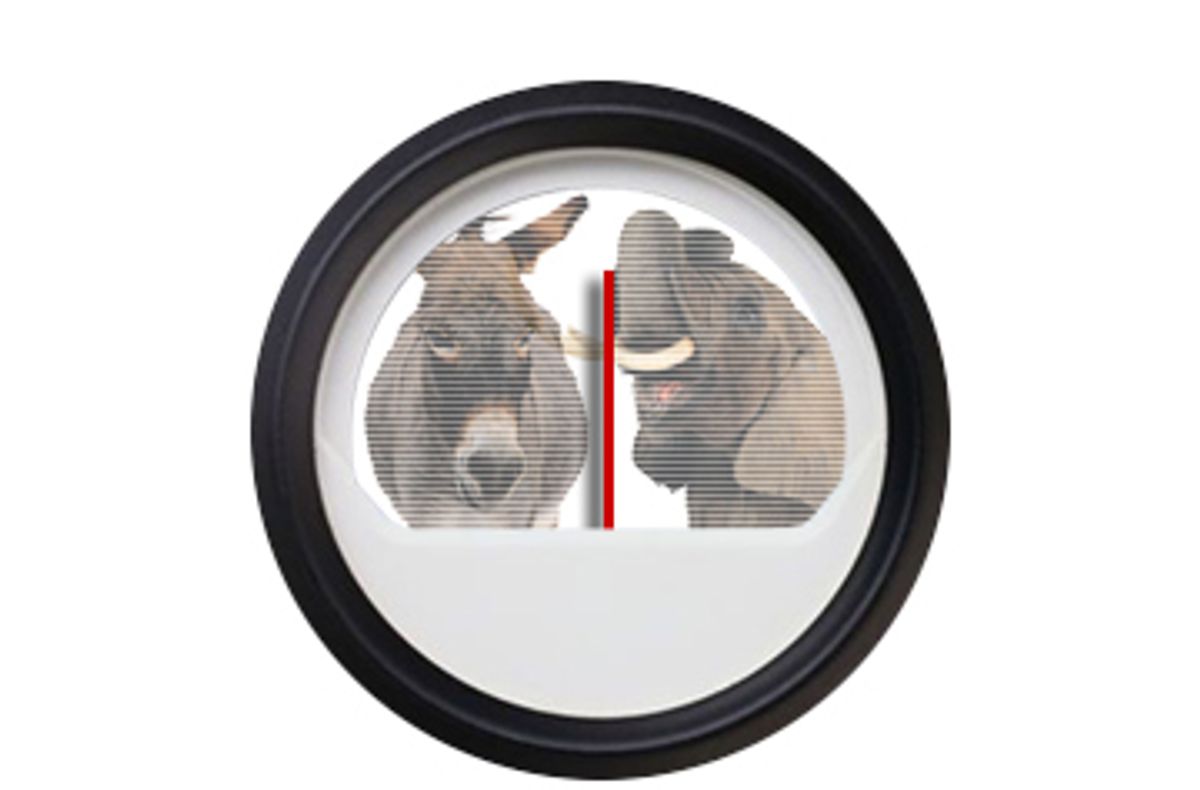 I was chatting with pollster Mark Penn on the phone Tuesday evening about the ubiquitous national horse-race numbers, when Penn, Hillary Clinton's top strategist, suddenly announced, "Hey, there's another one." The latest Bloomberg/Los Angeles Times Poll had just popped up in Penn's in box (and simultaneously in mine), showing that Clinton held a lap-the-field 48-to-17 percent lead over Barack Obama, with John Edwards slightly further back with 13 percent.

These numbers appeared to buttress Penn's contention that while sometimes national polls do reflect name recognition and shallow sentiments, it is far different this time around for the Democrats. "When candidates get up into the numbers that Hillary has gotten to, they do mean something," he said. "This not Howard Dean [in 2003] leading with 16 percent."

For political touts, no question in the presidential campaign deserves to be more hotly debated than the meaning, if any, of these national polls. From cable TV to newspaper front pages to poll-propelled Web sites like Pollster.com and RealClearPolitics, it is nearly impossible to resist the siren song of these dancing digits. They are so tangible, so seductively precise that, like SAT scores purporting to forecast college performance, they take on a phantom aura of certainty. This year, Hillary Clinton's wide lead has only increased the long-standing temptation to believe in the polls' predictive power.

But a strong case can be made that these polls are not as definitive as they seem -- that they are little more than the political version of dream books that use nighttime visions to predict winning lottery numbers. Mark Mellman, John Kerry's pollster in 2004 but nonaligned in this year's Democratic race, is a leading skeptic of national polls, stressing that they are invariably upended if anyone but the favorite wins the Iowa caucuses and the New Hampshire primary. In a column for the Hill earlier this year, he noted that "on average Kerry picked up about 20 points nationally from his Iowa win and another 13 from New Hampshire." Or as he put in epigrammatic fashion in an interview, "If there was a law requiring relevance, national primary polls would be illegal."

As a forecasting device, at least for Democrats, national polls have proved to be less reliable than a divining rod. Gamblers, in fact, would have done very well by following a surefire rule: Bet against the national polls in Democratic presidential races.

Since 1975, only twice has the candidate atop the Democratic field in the national Gallup Polls at this point in the campaign cycle gone on to win the nomination. The exceptions were Al Gore in 1999 and Walter Mondale (47 percent in the November 1983 Gallup Poll), who almost lost the nomination to Gary Hart, who was literally an asterisk in the same survey. And in the November 1991 Gallup Poll, a small-state governor named Bill Clinton was running sixth (yes, sixth) in the Democratic horse race, behind Mario Cuomo and such implausible presidential choices as Jerry Brown and Doug Wilder.

Republican races, by contrast, have been as predictable as the spin after a presidential debate. Except for putting Ronald Reagan ahead of Gerald Ford in November 1975, the odd-numbered-year fall Gallup Polls have successfully identified every GOP nominee for three decades. Of course, there have only been four fully contested nomination fights since Reagan-Ford. And the November 1999 Gallup Poll, which had Bush ahead of John McCain by a landslide margin of 68 to 12 percent, failed to anticipate W's near-death experience after he lost the New Hampshire primary by 20 points.

But in this topsy-turvy political season these party trends have been reversed: Clinton's lead in the national polls seems far more solid than that of Rudy Giuliani, the consistent leader among the GOP contenders. Pollster Andy Kohut, the president of the Pew Research Center, differentiated between Clinton's "commanding" national lead and Giuliani's far more fragile edge. "Even if Giuliani is ahead," he said, "it isn't the kind of lead you would go to the bank on."

The rolling two-week average of major national polls at RealClearPolitics gives Giuliani a 10.2 point advantage over Fred Thompson, 28.6 to 18.4 percent. But to illustrate how a single blip in the national polls can be aggressively hyped: The Thompson campaign put out a press release Thursday afternoon trumpeting the news: "Thompson Tied for First in National Poll: Giuliani in Free Fall." In truth, Thompson was 2 points behind Giuliani in a Rasmussen poll that had a 4 percent margin of error.

There is a glimmer of an argument that, despite their historic inaccuracy, national polls may have greater forecasting power this year because the primary calendar has been scrunched into a single month, with more than 20 states holding primaries on Feb. 5, just 33 days after the Iowa Republican caucuses. "If we're going to have a national primary, then national polls may matter because they do measure national name ID," said Karlyn Bowman, a polling analyst at the American Enterprise Institute. "But you could make an equally good argument that Iowa and New Hampshire could change everything."

Granted, there is a prophet-in-the-wilderness futility built into any effort to rail against the national polls. Virtually everyone connected with politics has a vested interest in hyping their significance. The leading co-conspirators include the front-running campaigns (who love the whiff of victory), political reporters (who crave "objective" data), major media organizations (which ballyhoo their own polls), and political junkies (who pepper their e-mails with overwrought analyses of why some candidate dropped 2 percent in the latest Rasmussen survey).

It is easy to dismiss all of this poll-position prattle as a harmless way to while away the days until somebody, somewhere, actually caucuses or votes. But national polls also punish candidates whose strength is in the early states (like John Edwards, Mitt Romney and up-and-coming Mike Huckabee) and contenders who have just not broken through to a cross-country audience. By guiding the press coverage and heavily influencing political donors, these national polls have the capacity to become self-fulfilling prophesies.

For those who cannot shake their addiction to shaky polls, there are, at least, some halfway houses available. Kohut, who conducts national horse-race polls, argued that they are valuable if reporters and voters recognize their limitations. Don't think about them the way you would think about national tracking polls before Election Day, he said. "In presidential nomination fights, we don't get to a single Election Day. We come to a series of events that can change public opinion." Which brings us back to Iowa and New Hampshire.

Republican pollster David Winston, who is neutral in the GOP nomination fight, makes an analogous argument about what can be learned from national polls even when voters have only a flimsy allegiance to a candidate. "People may not be locked into their positions," Winston said, "but that's where they are today-- and it will take something to change them."

But the safest approach is always to remember that leads in these national polls can disappear as fast as footprints in the New Hampshire snow in an era of global warming. Or as a top advisor to a Republican contender put it, "We're not going to know what will happen until it happens -- and then, and only then, will somebody look like a genius."