The true story of policing in New York under Mayor Giuliani is less flattering than he would have us believe. 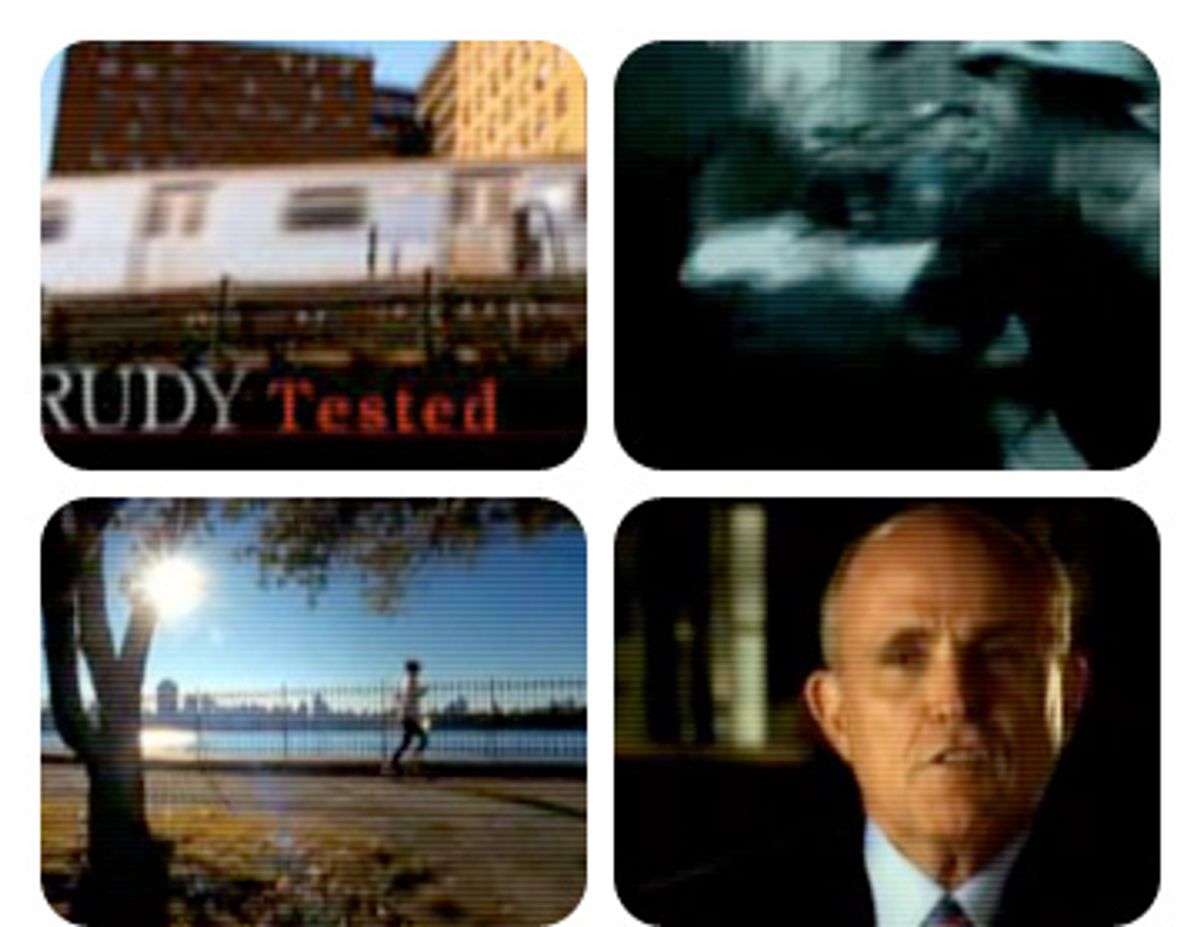 Long before Rudolph Giuliani began to exploit the mystique of terrorism for profit and political aggrandizement, he constructed an equally compelling image of himself as Sheriff Rudy, the mighty crime fighter who once tamed New York City. Lately that theme has reappeared in his speeches and advertisements -- most notably in his first New Hampshire TV commercial, which features footage of police arresting a suspected criminal while Giuliani recalls the "ungovernable" city he inherited as mayor.

Voters weary of hearing Giuliani utter the phrase "9/11" may find themselves captivated by the tale of New York's revival during the eight years of his mayoralty. There is even an element of truth to his story, but -- just as with 9/11 -- the facts are far more complex than his simplistic recital. And those facts don't all reflect well on him.

Did crime decrease rapidly during the years after Giuliani entered City Hall on Jan. 1, 1993? As is well known, the number of homicides and other serious crimes fell throughout the decade, and continued to decline after he left office in 2002. Less well known is the indisputable fact that New York's crime rate started to fall almost three years before Giuliani took office.

Why crime suddenly dropped in New York as well as other cities across the country around 1991, and continued to fall, remains a hotly disputed question among police experts and academics. As economist and "Freakonomics" coauthor Steven Levitt pointed out in a lucid paper on urban crime rates, every large city in America enjoyed decreases in homicides and other major crimes almost simultaneously. While New York topped the list for some indicators, other cities like San Diego, Seattle and Austin, Texas, ranked close behind, and by some measures surpassed New York. (For an exhaustive assessment of Giuliani's claims read Wayne Barrett's 2000 forensic tour de force "Rudy! An Investigative Biography.")

Many believe that one of the most important factors in New York's crime drop was the addition of thousands of new officers to the NYPD -- a policy decision costing a billion dollars that was made by David Dinkins, the predecessor whose mayoral record Giuliani often derides. While Giuliani kept hiring more cops, nearly half of those added to the force during his first term were financed by a tax surcharge that Dinkins demanded and won. But the city's first African-American mayor is usually blamed for a crime wave that rose well before he took office and rarely wins any plaudits for his role in stemming the criminal tide.

If Giuliani doesn't deserve sole credit for hiring more police officers, doesn't he at least win points for implementing the brilliant policing strategies he mentions so often? These days, he often talks about "Compstat," the computerized statistical tracking system that his administration used to force improvements in police performance at the borough, division and precinct levels. The claimed achievements of that strategy and others, such as community policing and suppressing minor crimes like fare beating, remain controversial. Levitt is not the only economist who has examined the statistics and come away unconvinced.

Yet the improvements in police management that undoubtedly occurred on Giuliani's watch had little to do with him. Those innovations were created by the late Jack Maple, a former transit cop, and implemented by William Bratton, who now serves as the police commissioner of Los Angeles. Unfortunately Bratton barely had time to establish Compstat or any other reforms because Giuliani drove him out of office within three years after appointing him. "I observed the slow strangulation of my ability to run the organization," the commissioner explained after he left. The mayor, he said, "created a situation in which I had no choice but to resign."

Bratton's strange departure was extraordinary for a public official who had become a subject of veneration not only in New York newspapers and magazines but in the national media, too. He signed a lucrative book contract and in January 1996 appeared in a trench coat on the cover of Time magazine. The notoriety surrounding his police commissioner infuriated Giuliani, especially because polls showed that an overwhelming majority of New Yorkers regarded the police commissioner, not the mayor, as responsible for making the city safer.

So Bratton had to go. There simply wasn't room for more than one hero in Rudy's city. The next police commissioner was a longtime Giuliani pal named Howard Safir, who was eventually succeeded by that ultimate loyalist, Bernard Kerik.

Seeking to excuse his choice of Kerik, freshly indicted for a variety of alleged offenses, Giuliani now falsely attributes the enormous drop in crime during his mayoralty to the disgraced former commissioner. The true history of crime and policing in Giuliani's New York -- from the exile of Bratton to the elevation of Kerik -- reveals much about the judgment of the former mayor and would-be president.

It just isn't as flattering a story as Rudy would like us to believe.