The presidential contender on dealing with Iran, fighting AIDS in Africa and restoring America's standing in the world. 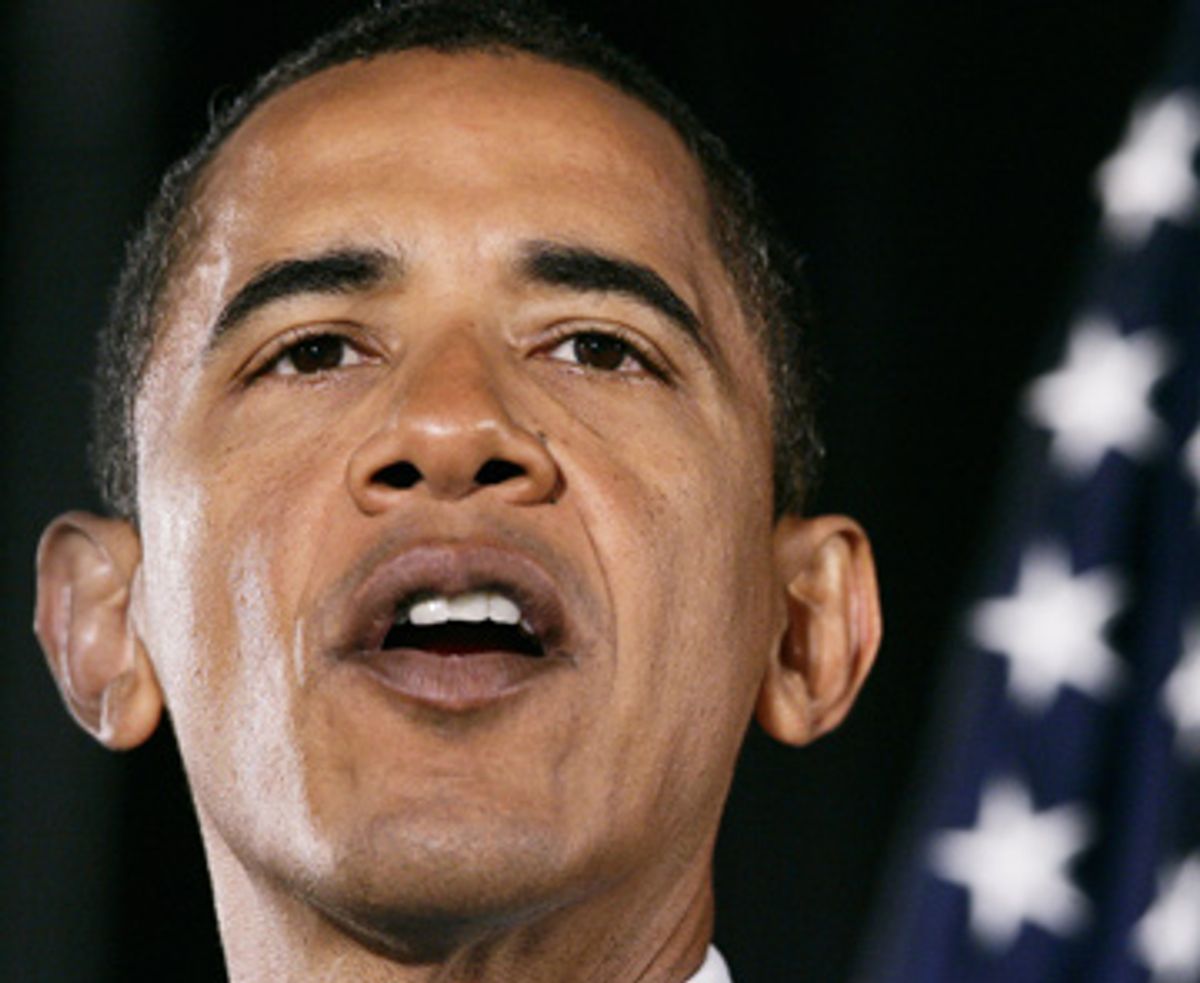 Barack Obama sat down with Salon for a short interview about foreign policy Sunday night after holding a town meeting at the Grundy Center High School.

I have talked with Democratic voters who say they are looking for a presidential candidate who would not get us into a war with Iran. Could you explain why you are that candidate instead of your rivals?

My philosophy has been consistent, which is that we don't take military options off the table. We must have a much more effective set of sanctions and measured sticks that we should apply to get Iran to change its behavior.

But I have also said -- in a way that no other candidate has emphasized -- that I would talk directly to Iran, and that I would initiate the kind of bold diplomatic initiatives that have been entirely absent from this administration. I have outlined very specifically how I would approach that diplomacy. And I have the credibility of someone who got Iraq right. So if you're looking for someone who is not going to be rushed into war, it strikes me that I'm that candidate.

Do you think Iran is a valid way to choose among Democratic presidential candidates who -- based on their public statements and positions -- are 95 percent similar on foreign policy?

Any of the Democrats are going to be more prudent than George Bush has been. But I think there are genuine differences in how the Democrats posture themselves when it comes to issues in the Middle East. My belief is that all too often we try to look tough and vote and act in ways that give George Bush the benefit of the doubt.

Are we referring to Hillary Clinton's vote in favor of the Kyl-Lieberman? [Kyl-Lieberman was a nonbinding Senate resolution declaring the Iranian Revolutionary Guard to be a terrorist organization.]

Kyl-Lieberman is a good example, but there have been preceding votes of that sort. There are differences in the sense that I have been willing to call it as I see it regardless of the politics. And I think we are going to make ourselves safer if we have maintained a strong military capacity and are willing to go after those who would target us or do us harm.

But the problems in the Middle East are complex. And we have to apply a foreign policy that uses all of our power -- political, economic, cultural, as well as military -- if we're going to make ourselves safer instead of just wanting to believe that somehow we could browbeat the countries in the Middle East into giving into our will.

You said in your speech here tonight that your election would be a major symbol to the world because you have a grandmother living in a village in Kenya and you partly grew up in Indonesia, a Muslim country. What are the practical benefits of that background?

I'll give you a specific example. When I went to Kenya -- which is an ally of ours and, while poor, is doing better than many countries in sub-Saharan Africa -- Michelle and I took an AIDS test. The CDC [Centers for Disease Control] estimated that half a million people would probably take that test after they saw Michelle and me take it, which could lead to thousands of lives being saved.

I gave a speech that talked about not only the U.S.'s obligations to help developing countries but developing countries' need to help themselves by getting rid of corruption. That was broadcast all across the country and generated the consternation of the government there. But it opened up a whole new conversation in the country about demanding more transparency and anti-corruption measures. That is not a speech that any other American politician could have delivered in the same way.

And as president, I think that means not only do people give me the benefit of the doubt, but I can challenge some of the conventional wisdom in other countries and push for U.S. interests in these other countries in a way that others cannot do.

In your speech you suggested that more former Clinton administration foreign-policy officials are supporting you than Hillary Clinton. Why are these foreign-policy experts with you? Is it a generational thing, or is something else at work here?

You obviously have to ask them. But I think that what many of these advisors have in common is a belief that repairing our standing in the world is perhaps the single most important task of the next president. It is what will lead to a more secure America. And I believe that they trust my judgment to be able to execute that in a way that is liberated from someone of the past thinking.

All of these people recognize that we can't keep on doing the same things when we have an entirely new environment. And the 21st century is a new environment. It may not be entirely generational, but people who support me are more likely to see that we're in a post-Cold War world with asymmetric threats and we've got to respond in different ways.

Do you think that foreign-policy advisors should disagree with one another?

So you wouldn't mind a secretary of state who in ideological terms thinks that the national security advisor is on planet Mars?

I think it is important for an administration to have strong, robust debates as long as everybody is on the same team. Obviously, once I, as president, make those decisions, you don't want them being subverted because of ideological differences. But I think having a robust debate [is good, since] all of us have certain biases. And this is one area where you want to get it right. That's part of the reason why I want some traditional Republicans to be involved in this process.