The politics of an economic nightmare

No U.S. leader wants to admit how bad the damage may get from the one-two punch of the credit crunch and housing slump. 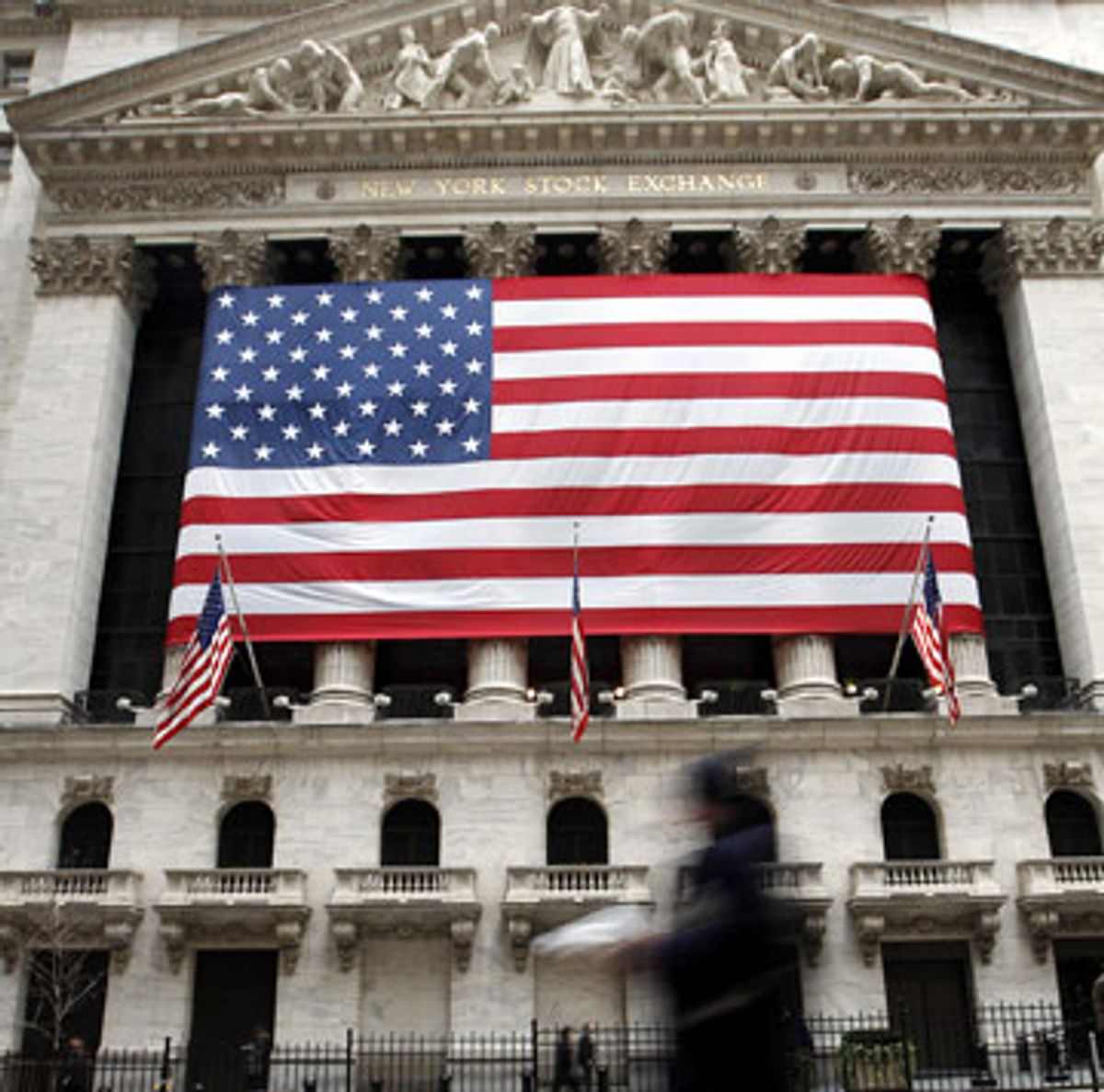 A possible economic meltdown is worrisome enough, but a possible meltdown in an election year is downright frightening. For months now, Republicans have been pushing the White House to take some action that looked and sounded big enough to give them some cover if and when things got worse. President Bush has now responded with a stimulus package more than twice as large as the one Bill Clinton briefly entertained at the start of 1993 but couldn't get passed.

Not to be outdone, Democrats want to appear at least as bold, which means they'll suspend pay-go rules and throw fiscal responsibility out the window. In other words, hold your noses, because the "bipartisan" stimulus package that's about to be introduced could be a real stinker, including tax cuts for everyone and everything under the sun -- except, perhaps, for the key group of lower-income Americans. These are the people who don't earn enough to pay much if any income taxes, but who are the most likely to spend whatever extra money they get and therefore are most likely to stimulate the economy. The real behind-the-scenes battle will be over whose constituencies get what tax cuts, and for how long. Don't be surprised if the only thing Congress really stimulates is campaign contributions.

Meanwhile, Fed chairman Ben Bernanke and Co. have surprised everyone with a rate cut larger and sooner than expected. The three-quarters of a percentage point ("75 basis points" in biz-speak) cut announced Tuesday morning may not sound like much, but it's bigger than any rate cut in decades. The politics here are more subtle because Bernanke and his Federal Reserve governors are supposed to be independent of politics. But as witnessed under the reign of previous chairman Alan "it's prudent to reduce the surplus with a tax cut" Greenspan, Fed chairs can have political agendas. Bernanke has been under a lot of pressure lately to cut rates big-time -- and the pressure has come not only from Washington Republicans but from panicked Wall Street Democrats, including, apparently, my old colleague Robert Rubin, formerly President Clinton's treasury secretary. (By the way, what could Rubin have been thinking when he allowed Citicorp to sell all those fancy securitized debt instruments, while agreeing to buy them back if they couldn't be resold?) Expect lots and lots more Washington activity -- enough seemingly bold strokes to convince voters that our nation's capital is doing whatever is necessary to stop whatever seems to be going wrong with the economy.

The problem is, people have different views about what's going wrong. Wall Street sees it as a credit crisis -- a mess that seems never to reach bottom because nobody on Wall Street has any idea how many bad loans are out there. Therefore, nobody knows how big the losses are likely to be when the bottom is finally reached. And precisely because nobody knows, nobody wants to lend any more money. A rate cut won't change this. It's like offering a 10-pound lobster to someone so constipated he can't take in another mouthful.

Main Street sees it as a housing crisis. Homes are the biggest assets Americans own -- their golden geese for retirement and their piggy banks for home equity loans and refinancing. But home prices have been dropping quickly. It's the first time this has happened in many decades -- beyond the memories of most Americans, which is why they never expected it to happen, why they bought houses so readily when credit was so easily available, and why so many people bought two or more of them, speculating and fixing up and then flipping. But now several million Americans may lose their homes, and tens of millions more have only their credit cards to live on and are reaching the outer limits of what they can spend. As consumer spending shrinks, companies will reduce production and cut payrolls. That has already begun to happen. It's called recession.

How much worse can it get? The housing bubble drove home prices up 20 to 40 percent above historic averages relative to earnings and rents. So now that the bubble is bursting, you can expect prices to drop by roughly the same amount, and new home construction to contract. The latter plunged last month to its lowest point in more than 16 years. A managing partner of a large Wall Street financial house told me a few days ago the scenario could get much worse. He gave a 20 percent chance of a depression.

Even if a stimulus package were precisely targeted to consumers most likely to spend any money they received, the housing slump could overwhelm it. According to a recent estimate by Merrill-Lynch, the slump will hit consumer spending to the tune of $360 billion this year and next. That's more than double the size of the stimulus package President Bush or any leading Democrat is now talking about. And the Merrill-Lynch estimate is conservative.

In reality, the crisis is both a credit crunch and the bursting of the housing bubble. Wall Street is in terrible shape and Main Street is about to be in terrible shape. And there's not a whole lot that can be done about either of these problems -- because they are the results of years of lax credit standards, get-rich-quick schemes, wild speculation on Wall Street and in the housing market, and gross irresponsibility by the Fed, the Treasury and the Comptroller of the Currency.

As a practical matter, our only real hope for avoiding a deep recession or worse depends on loans and investments from abroad -- some major U.S. financial firms have already gotten key cash infusions from foreign governments buying stakes in them -- combined with export earnings as the dollar continues to weaken. But this is something no politician wants to admit, especially in an election year. So we're going to go through weeks of posturing about stimulus packages of one sort or another, and then see enacted the big fat bonanza of a temporary tax break that will likely have little effect. That, perhaps along with a few more rate cuts by the Fed. The presidential candidates will be asked what should be done about the worsening economy, and they'll give vague answers. None will likely admit the truth: We're going to need the rest of the world to bail us out.