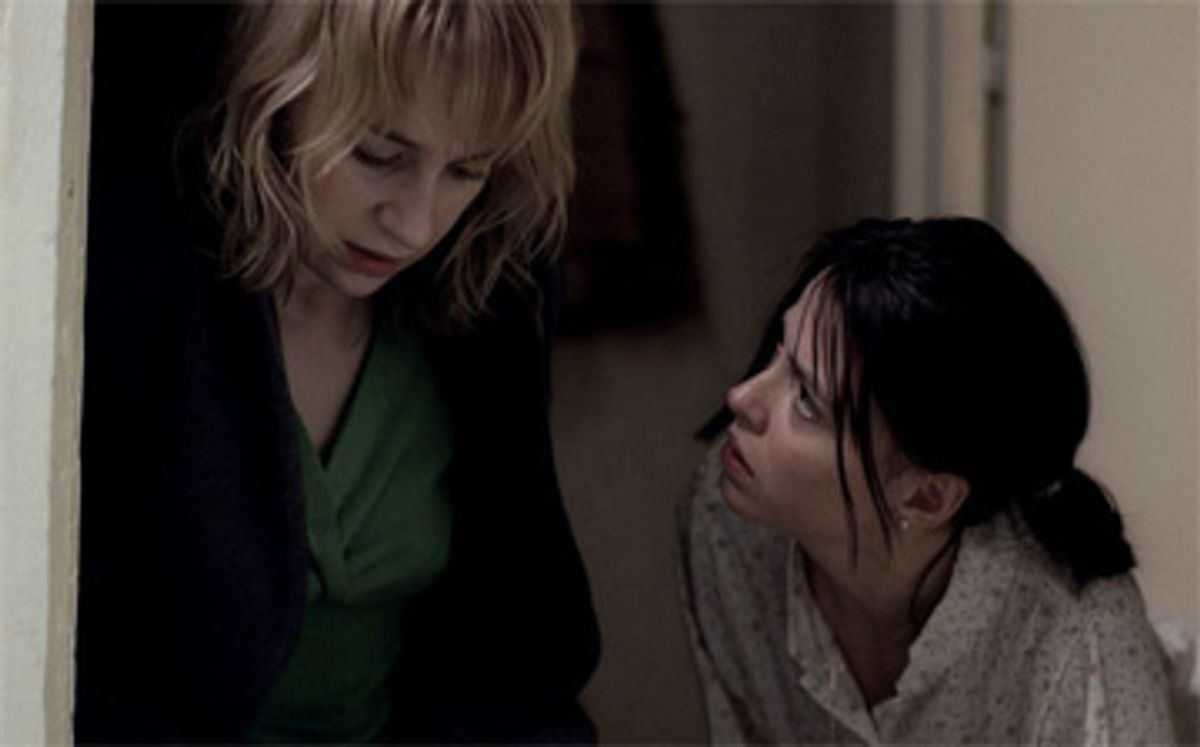 I guess Cristian Mungiu's film "4 Months, 3 Weeks and 2 Days," which won the Palme d'Or at Cannes last year and finally opened in the United States last weekend, will forever be labeled "the Romanian abortion movie." That is, after all, a literally correct description: It's 1987, or thereabouts, and two college roommates, Otilia (Anamaria Marinca) and Gabita (Laura Vasiliu), must descend into the hellish underside of dictator Nicolae Ceausescu's totalitarian state in order to secure Gabita an illegal abortion. Bribery, humiliation, sexual blackmail, the threat of prison, and the possibility of a painful and miserable death are all involved.

But that description of content might lead you to expect a certain kind of form -- either Dickensian social drama or deliberately dreary, vérité-style realism. Even some people who've seen "4 Months, 3 Weeks and 2 Days" seem to have missed the fact that it's a carefully plotted thriller, as ingeniously constructed as a Hitchcock movie. (Maybe the Academy's foreign-language selection committee did grasp this. After all, if "4 Months, 3 Weeks" really were a soporific, vitamin-packed message movie about abortion, it would surely have gotten an Oscar nomination.)

Maybe I can hypnotize you into seeing this terrific picture by urging you to set aside the issue of abortion and how it resonates in America. Instead, consider "4 Months, 3 Weeks" in structural terms, as a film noir about two ordinary people drawn into a secret criminal world under the surface of everyday society, forced to communicate in an unfamiliar code and do business with untrustworthy low-lifes.

If this was a movie about young men instead of young women, and if the illegal activity in the story involved a suitcase of money or a harebrained plot to kill someone (if the plot was, say, that of "No Country for Old Men"), then its genre roots would be no mystery. There's an unconscious sexist assumption at work here, which probably affects both male and female viewers: A supposedly serious film with female main characters has to be about explicitly marked-out "issues," while a film about men can engage with cinema history, grapple with existential self-examination, explore the dark night of the soul, and so on. In fact, although "4 Months, 3 Weeks" is about a woman who wants to have an abortion, it isn't about the question of abortion at all -- whatever opinion you enter with on that subject is the same one you'll leave with.

Like Andrea Arnold's claustrophobic, erotic "Red Road," another terrific (and drastically underappreciated) film of 2007, "4 Months, 3 Weeks" places a woman in the traditionally male role of the noir hero, who must suffer mental and physical anguish, reap the whirlwind from his/her bad decisions and push onward without displaying emotion. In Mungiu's most masterful scene, a shot that seems to last 10 minutes, Otilia sits stone-faced through dinner-party chitchat with her whiny boyfriend's parents, literally unsure whether Gabita is alive or dead. What makes the film so brilliant and so discomfiting, on the other hand, is the fact that all the toughness and self-sacrifice and internalized suffering that we see in Marinca's amazing performance as Otilia is connected to the most intimate and secret areas of female experience.

Oleg Mutu's deft handheld camerawork and Mungiu's meticulous reconstruction of Ceausescu-era Romania, in all its corruption, hypocrisy and drab cleanliness, create an overweening atmosphere of dread. It's so easy for Gabita and Otilia to slip out of college-girl existence and down the rabbit hole, into a dingy hotel room, into the clutches of abortionist cum predator Bebe (Vlad Ivanov), and into a still darker night that follows. It's vastly more difficult to climb out of that Stygian gloom and back to a normalcy that may never seem normal again. But despite their terrible ordeal these women are heroes, not victims. As Mungiu makes clear in the casual, brilliant final scene of this amazing movie, heroes persevere.

"4 Months, 3 Weeks and 2 Days" is now playing in New York, with wider national release to follow. Also available on-demand via IFC in Theaters, through many cable-TV systems.