A strong year for Oscar shorts

From a devastating, Bergmanesque drama to a dreamlike train voyage and a tender Russian romance. 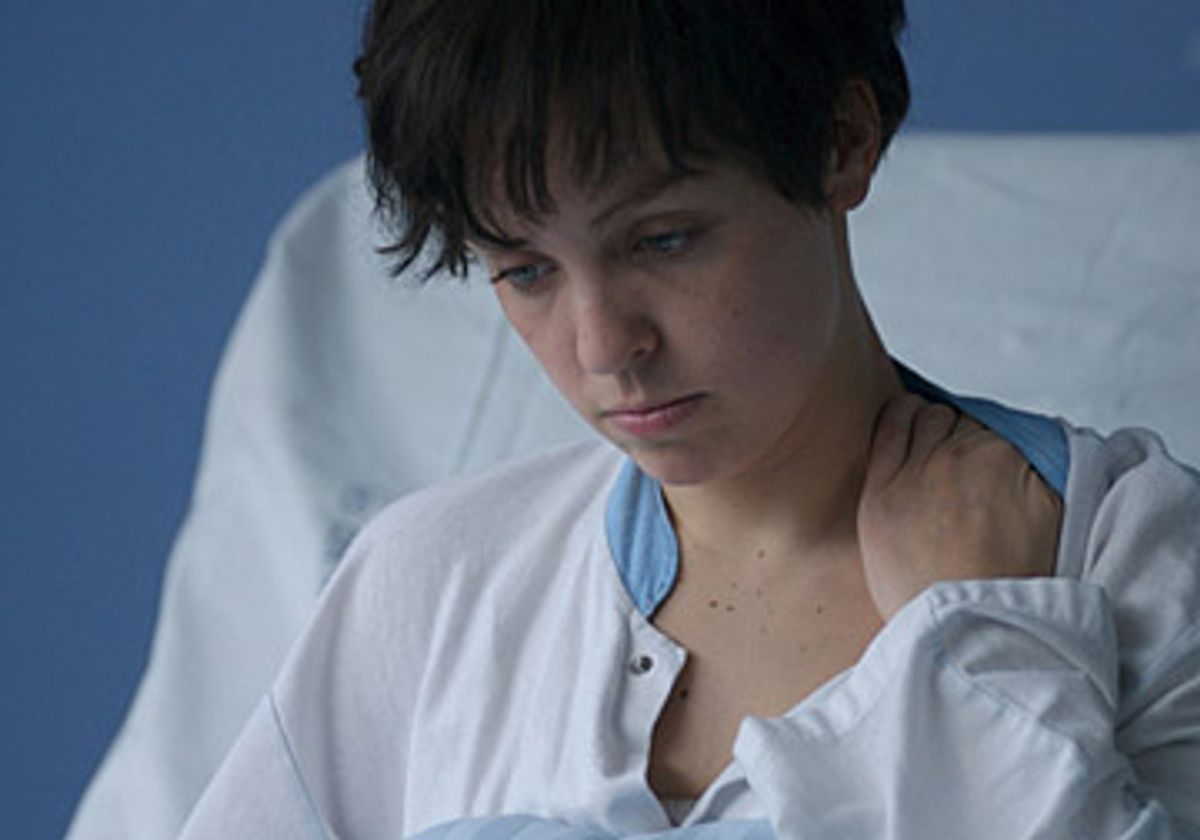 Julie Ølgaard as Stephanie in "At Night."

For many years, the Academy Awards' short-film categories seemed like mysterious interruptions in Oscar-night programming, brief moments of exposure for directors and films the viewing audience had never heard of and would never see. Producers, studio executives and agents perused the nominees closely in search of uncorrupted new talent (as they still do). Beyond that, the principal audience for shorts -- defined by the Academy as motion pictures less than 40 minutes long -- largely comprised film-festival programmers, educational-film buyers and the producers of earnest, low-rated public-TV programs.

When I look at the list of Oscar-winning live-action short films, in fact, I'm shocked at how few of them I've seen, and how few of the directors' names I recognize, at least when they're not named Walt Disney. (Yes, he made live-action films as well, and won at least six Oscars for them.) There are a couple of exceptions in recent years: Scottish director Andrea Arnold won for "Wasp" in 2004, and went on to make the terrific thriller "Red Road," while the Irish-British playwright Martin McDonagh copped a statuette two years ago for "Six Shooter," before making his current indie hit "In Bruges." (If you haven't seen Peter Capaldi's 1994 short-Oscar winner, "Franz Kafka's It's a Wonderful Life," seek it out immediately.)

Although the Oscar-nominated shorts are only a tiny and unrepresentative sliver of the short-film universe, their history nonetheless suggests that making short films is not just making features with training wheels on. Even conventionally structured shorts have less room for complicated storytelling and must depend more on visual and sonic elements; broadly speaking, shorts are more experimental and more abstract, less linear and less driven by characterization. I'm pretty much overlooking the extensive and venerable tradition of experimental art films, which usually don't rely on conventional plot or character or narrative at all -- and usually don't even register on the film industry's radar screen.

In the everybody's-an-insider era of entertainment consumption, the social and cultural role of short films seems to be changing rapidly. For once, that's mostly a good thing. For the last couple of years, Magnolia Pictures has released a program of all 10 Oscar-nominated shorts (both live-action and animated), with surprising theatrical success. Some producers and directors of shorts market their work aggressively on the Internet; one of this year's animated nominees, the Canadian film "Madame Tutli-Putli," has become a YouTube hit. Of course, the massive outpouring of shorts on the Internet has presented a new problem. YouTube and similar ecosystems reliably push the most popular and accessible material to the forefront, but cinephiles really need curated short-film sites that will seek out, filter and promote more adventurous works.

Furthermore, people really might watch 20-minute shorts on their iPhones (or whatever handheld gizmos are to come) while at the gym or on the commuter train, although I still find the idea that any significant audience will ever see feature films that way laughable. Still, the films that will thrive in endlessly distracting environments will be brief, splashy and expressionistic, and I come before you today with the recklessly old-fashioned notion that the very best short films -- hey, let's crawl out on a limb and say the best films, period -- will be more rewarding if you actually pay attention to them.

As usual, you shouldn't assume that the Academy Awards represent the "best" of anything in particular, but the Oscars' short-film committees consist of people who understand the form, and they generally don't disgrace themselves. Intriguingly, but perhaps not surprisingly for those who follow the form, 2007's shorts are dominated by European films, and not a single nominee in either category is by an American director. This year's live-action standout is a tender and devastating near-feature from Denmark, set among a group of young women in a cancer ward, but taken as a whole this is a striking collection of films, and four of the five are eminently worth catching. (My entry on this year's animated shorts follows immediately below.)

"At Night" (Denmark; written and directed by Christian E. Christiansen) With its muted colors, elegant compositions, restrained musical score and female-centric, high-risk melodrama, "At Night" recalls the classic northern European cinema tradition of Ingmar Bergman and his forebears. But the 35-year-old Christiansen's second film never feels like an exercise in art-house reference; this story of three young women facing their own mortality (and New Year's Eve) in a cancer ward has three-Kleenex emotional impact. Stephanie (Julie Ølgaard) is estranged from her parents, who don't even know she's sick. Mette (Neel Rønholt) has suffered a dangerous holiday relapse and is back in the hospital, clearly near the end of the line. With Sara (Laura Christensen) facing a dangerous operation on the night of Dec. 31, the trio stages their New Year's party a day early, each of them realizing that beneath the drinking and giggling and gossiping and bickering, it's some kind of goodbye. Artful, full-hearted and unafraid, this is a memorable work (and, at 38 minutes, one that stretches the "short" to its breaking point). Thanks to its serious theme and its exemplary execution, should win the Oscar in a walk.

"The Mozart of Pickpockets" (France; written and directed by Philippe Pollet-Villard) This shambling Parisian street comedy is likable from beginning to end and has a sizable "aww" quotient, thanks to the adorable performance of young Matteo Razzouki-Safardi as the maybe-deaf, maybe-foreign moppet who tumbles into the care of two hapless middle-aged criminals. Philippe (played by director Pollet-Villard) and his pal Richard (Richard Morgiève) run a dangerous low-end scam, pretending to be cops as the final act of an elaborate pickpocketing maneuver. It's all come unglued, at least until they discover that the urchin they haven't had the heart to throw out has a genius for thievery. The delights of "The Mozart of Pickpockets" largely derive from Pollet-Villard and Morgiève's deadpan Laurel & Hardy act, and from their irresistible star; the story is a predictable afterthought.

"The Substitute" (Italy; directed by Andrea Jublin) I found this shtick-laden Italian high-school comedy virtually unwatchable, though admirers of slapstick farce may feel different. Gags fly fast and frequently as an eccentric substitute teacher arrives in class, insulting the students, insisting on ludicrous quizzes and generally spreading chaos. By the time his identity is revealed, I didn't care anymore.

"Tanghi Argentini" (Belgium; directed by Guy Thys) This agreeable, sweet-tempered film belongs to the O. Henry short story tradition: You think it's going in one direction, and in its last seconds it's revealed to be about something else. A pudgy, rumpled office worker named André (Dirk van Dijck) has met a woman on the Internet, and set a Christmas-season date to meet her on tango night at a local nightclub. Of course, André has exaggerated his nonexistent tango expertise immensely, which leaves him two weeks to convince his perennially cynical co-worker Frans (played by the long, lean Belgian TV star Koen van Impe) to teach him to dance with suitable Argentine-scale passion. The main delight of "Tanghi Argentini" unquestionably derives from watching this odd couple practice -- they steal moments in the library for especially poetic moves -- but the payoff to this shaggy-dog film is pretty good too.

"The Tonto Woman" (United Kingdom; directed by Daniel Barber) This visually impressive but mannered western feels, more than anything else on this year's list, like a bid for a Hollywood assignment. Adapted from an Elmore Leonard story, "The Tonto Woman" is suitably dramatic, pitting a rakish Mexican cattle rustler (Francesco Quinn, son of Anthony) and a beautiful white woman (Charlotte Asprey) who spent a decade as a Navajo "squaw" after being abducted, against the rich husband (Richard Brake) who has rejected her. Worth seeing for its iconic and spectacular Western scenery, and I suppose its British director is trying to escape cliché and archetype by embracing them enthusiastically. Comes off more as a collection of shots, gestures and lines from other, superior films than as anything with an original spirit.

The 2007 Academy Award Nominated Shorts are now playing in roughly 60 theaters across the country, with wider release to follow.

(Salon is offering special coverage leading up to the Oscars this Sunday.)