Produced by Terrence Malick and Robert Redford, "The Unforeseen" is the "Chinatown" of Texas real-estate documentaries. 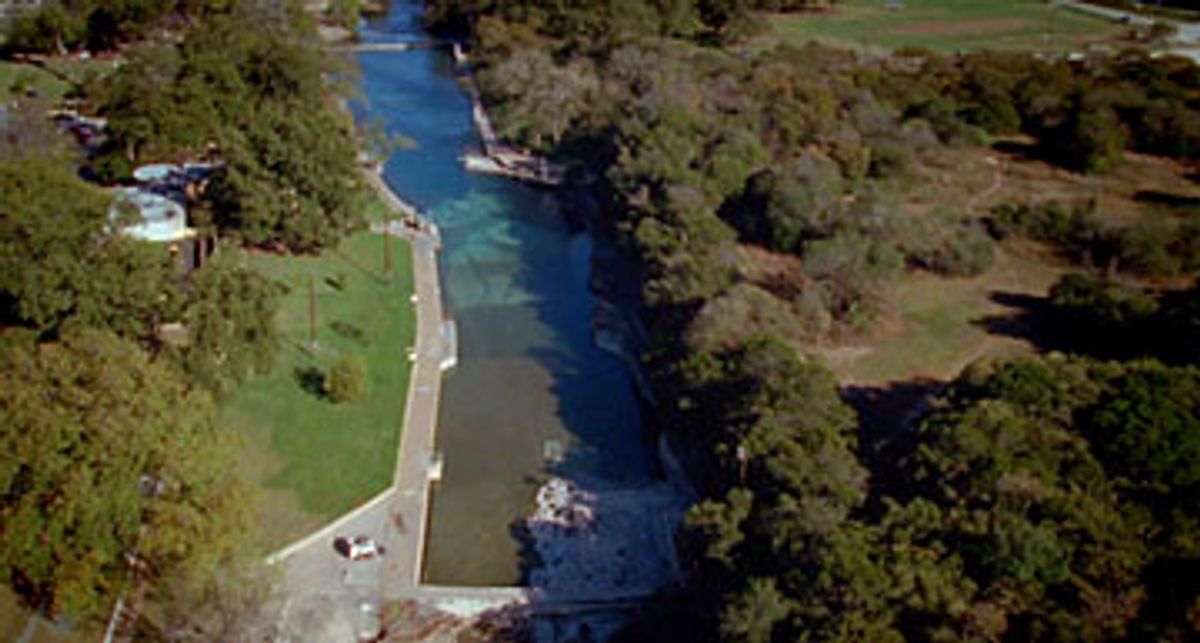 Aerial still from "The Unforeseen."

Director Laura Dunn's executive producers on "The Unforeseen" were Terrence Malick and Robert Redford, and Dunn's title comes from a haunting, enigmatic poem by Wendell Berry. If you're riding with those reference points so far, and you're OK with a movie that's part straight-ahead land-war documentary and part elegiac contemplation of the earth and what humans do to it, then you (like me) may find "The Unforeseen" one of the most extraordinary accomplishments in recent American nonfiction filmmaking. It hits hard as to facts, and opens its eyes to inexpressible mysteries. It strikes a clear moral and philosophical stance, and then -- as part of that philosophical stance, actually -- reveals its villain as a tragic and sympathetic figure.

It helps, I guess, if you've been to Austin, Texas, the formerly paradisiacal boomtown whose long-running battles over development provide the story with its bones. (Dunn and Malick both live there, and Redford, who appears briefly in the film, was partly raised there.) To those of us from the coastal megacities, Austin still seems like a homey, human-scale town; I'll be there next weekend for the SXSW Film Festival, and it's always a high point of my work year. But as Dunn's film makes clear, Austinites have been battling overdevelopment and suburban sprawl since at least the '70s, and as usual it's been a losing battle.

Dunn's central character is a much-loathed Austin developer named Gary Bradley, who grew up poor on a west Texas farm and came to the state capital determined to make his name in the world. He built much of the suburban development surrounding the city, but after the savings-and-loan crisis of the late '80s, found himself playing the role of local frontman for Freeport-McMoRan, the mining multinational that was reaching into real estate. In the early '90s, an inspiring grass-roots campaign by Austin environmentalists derailed Freeport's plans for a 4,000-acre development just upstream from Barton Springs, the city's legendary natural swimming hole. With the inevitability of death and taxes, the company's lobbyist drove a bill through the notoriously business-friendly Texas Legislature that voided Austin's regulations.

It's a tale of breathtaking, anti-democratic evil worthy of "Chinatown," but "The Unforeseen" is something richer and less easy to categorize than a fatalistic fable of capitalist greed and political corruption. From the beginning, Dunn renders Bradley as a human being, not a corporate robot, and gradually he acquires a kind of flawed nobility -- especially when he himself falls victim to the grand economic forces he helped unleash on Austin and its environment. When she visits the befuddled residents of Hutto, a brand-new Austin suburb that expects 30,000 newcomers to move in (despite a near-total dearth of potable water), I think she's making the point that we're all implicated in the nexus of desire that has destroyed so much of the natural landscape, and it's no good pointing our fingers at Gary Bradley.

Unlike most political documentaries, "The Unforeseen" is breathtakingly lovely and unfailingly cinematic in scale. It can't have been cheap to make. It features underwater photography (which shows, in heartbreaking fashion, the damage inflicted on Barton Springs), aerial photography and a series of sophisticated animations that show the spread of suburbanization, water flow within the central Texas aquifer and other phenomena. But what Dunn and cinematographer Lee Daniel have done with those tools is the remarkable part. If the story of Bradley and Freeport and the Austin environmental movement is the film's spine, its blood and tissue are a gorgeous metaphysical meditation on our endlessly complicated world, as we have found it and as we have made it.

"The Unforeseen" is now playing at the Cinema Village in New York, with national release to follow.