An ultra-indie breakup film recalls "Last Tango" -- and splits SXSW audiences. Also: Showdown in the produce aisle, and a death-house preacher tells all. 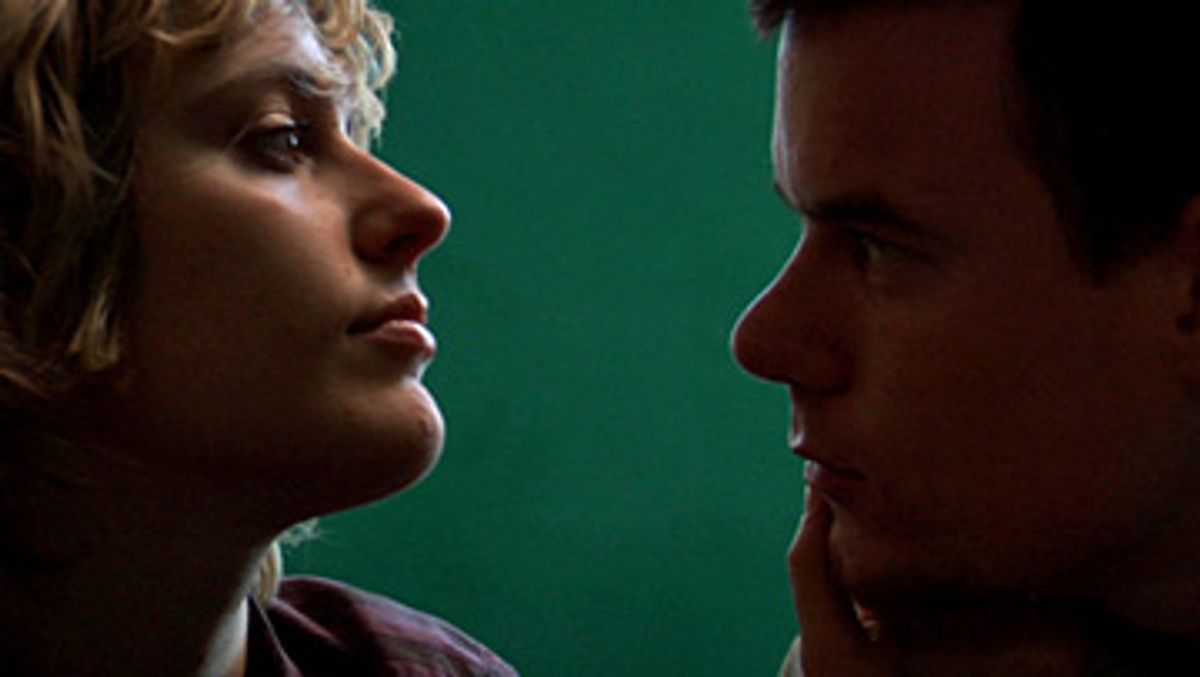 Greta Gerwig and Joe Swanberg wrote, directed and starred in "Nights and Weekends."

AUSTIN, Texas -- There's no point coming to South by Southwest if you're not open to movies that bite back, that are adventurous if imperfect, that shove you out of your comfort zone and send you out into the street feeling nettled and uneasy. There are plenty of the other kinds of movies here, too -- call them the gratifiers. Like all film festivals, SXSW needs to host brand-name premieres that will fill up its largest venue (the 1,300-seat downtown Paramount Theatre), and in Austin that's likely to mean quirky but nonconfrontational indie comedies and sober political-agenda documentaries espousing positions with which the audience already agrees.

We had some of those gratifier-movies this weekend, and at least two were definitely worth catching. Steven Conrad's "The Promotion," which premiered on Sunday night, is a good-natured but slightly off-balance comedy, with a twinge of 21st century economic desperation. Seann William Scott and John C. Reilly play assistant managers at a Chicago supermarket dueling over a promotion. Although Scott's character is the narrator, Conrad keeps you guessing not just about who'll get the job, but which one of these overextended, overstressed guys will be man enough to end the petty Machiavellian warfare between them.

In a totally different direction, "At the Death House Door," a new documentary from "Hoop Dreams" creators Steve James and Peter Gilbert, is also an audience-gratifier. It's a six-Kleenex biopic about Carroll Pickett, a laconic Presbyterian minister who spent more than 20 years serving as a prison chaplain in Huntsville, Texas, where he served as final counselor to some 95 executed men. Unbeknownst to his family, Pickett tape-recorded his reflections after each execution, and somewhere along his long personal road to Damascus this pro-death-penalty conservative changed his mind about the whole thing. After his retirement, he became an activist for the cause of banning capital punishment, and he remains one today.

Pickett and "At the Death House Door" got a standing ovation from the Paramount crowd, and it was a lovely moment. (Texas has executed more than 400 convicts, far more than any other state, and opinions here run very hot on both sides of the issue.) Pickett's description of the botched execution of Carlos DeLuna, a man almost certainly innocent of the Corpus Christi murder for which he was put to death, may fill you with righteous anger or keep you up nights in despair, and either reaction is appropriate.

James and Gilbert's film is measured, serious and highly professional, treating its subject -- whether any morality can be found in answering death with death -- with the seriousness it deserves. Still, I'm not sure that an issue-driven documentary, made by two avowed liberals, that's probably bound for brief theatrical release on the way to TV broadcast, is likely to be seen by death-penalty supporters, let alone lead them to Carroll Pickett's epiphany. (Pickett is of course a preacher, and he directed the prison choir in Huntsville, so this film could quite literally be described as a case of ... never mind.)

It wasn't until late Sunday night, with the premiere of Joe Swanberg and Greta Gerwig's low-budget, high-nudity improvisation "Nights and Weekends," that I got the prickly, flawed, urgent SXSW experience I'd been waiting for. Swanberg is a young Chicago director associated with the so-called mumblecore movement, but maybe after "Nights and Weekends" we can retire that term forever. This is a vastly leaner and more elliptical film than "Hannah Takes the Stairs," the ambitious, self-conscious ensemble piece Swanberg premiered last year here -- and for which he took a critical kicking after it became the first mumblecore film to find mainstream release.

Swanberg and Gerwig (the self-absorbed, serial-monogamist title character in "Hannah") co-directed "Nights and Weekends" and appear together in every scene and almost every shot. In the first half of the film their characters, James and Mattie, go through the rapid meltdown of their long-distance New York-Chicago relationship. In the second they meet a year later, long after their breakup and discovering that the passionate push-pull dynamic between them hasn't faded. Other people exist only as background or as fateful catalyst: In section two they meet James' brother, sister-in-law and infant niece, representing a family life they'll never have; in section two a photographer who's shooting James assumes they're a couple, and urges them into ever more intimate and affectionate poses.

Take away their cell phones and throw some different outfits on them, and James and Mattie could be characters from Cassavetes or the French New Wave or Bergman. (Whether accidentally or not, the film contains echoes of "Last Tango in Paris," "Scenes From a Marriage" and "Une liaison pornographique," to name a few.) They're adults on the cusp of headlong transformation, and in the year they're apart they become notably more self-assured and develop more expensive tastes. Their pathologies have also hardened; Mattie has become visibly crazier and more needy, while James' insensitive-dick tendencies are no longer outweighed by his earnestness and intensity.

At the post-screening Q&A Swanberg and Gerwig -- who despite all the rampant on-screen coupling are not involved in real life -- explained that making the film had drained them, and that they saw the end of James and Mattie's relationship as a corollary to the end of their own working relationship. The two segments of "Nights and Weekends" really were separated by a year, which was an accidental result of their herky-jerk, no-budget production process but in this case a crucial one. This is a new-school independent film with old-school integrity, one where nakedness is more a matter of emotion than physique, one whose makers risked something more important than money. (Which they didn't have in any case.)

At least two people I talked to afterwards absolutely hated "Nights and Weekends." Four others, myself included, felt energized and exhilarated by it. Word spread after the screening that IFC has acquired the film for theatrical and video-on-demand release, so both of those reactions will be replicated on a larger scale. The thing is, there we were, standing around in the chilly Texas night outside the grim concrete slab of the Austin Convention Center, arguing about a movie that had moved us and unsettled us and pissed us off, instead of retreating, anesthetized, into our caves. That right there was enough to make my weekend.