From the Riviera to Abu Ghraib

This week: Cannes announces its selections (almost), Tribeca kicks off, and Errol Morris plumbs the dark secrets behind those torture photos. 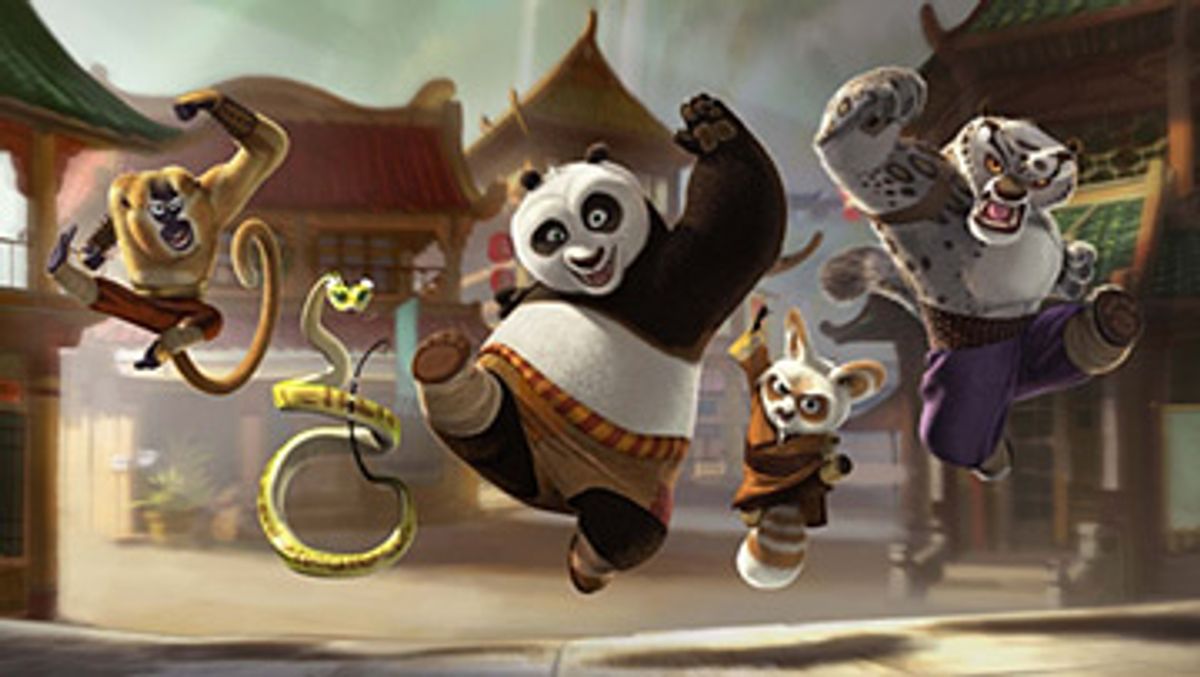 I haven't seen any reports on the weekend's indie box-office results from the usual sources at this writing, but you know what? Nobody has time. This week offers a major overdose for movie buffs, a little like what the opening days of the NCAA Tournament deliver to hoops junkies. On Wednesday morning, this year's Cannes lineup will be announced (I still like my bet that the "Sex and the City" film will open the festival, as painful and even counterintuitive an idea as that is), and I'll get that news up as quickly as I can manage.

Several bloggers and other film-world mavens have expressed the view that this will be a blah year at Cannes, but that's only because there won't be many high-profile American pictures on hand, beyond the nearly certain May 18 premiere of "Indiana Jones and the Kingdom of the Crystal Skull" (out of competition) and the possible "Sex and the City" opener (ditto, almost certainly). Last year there were five Hollywood/Indiewood productions in competition on the Côte d'Azur -- inciting widespread groaning from the European press -- and the pendulum was bound to swing in the other direction.

Variety's Todd McCarthy reported last week that "Synecdoche, New York," the directing debut of quasi-legendary screenwriter Charlie Kaufman ("Being John Malkovich," etc.) is likely to be the only American film in competition. Steven Soderbergh's double bill of Che Guevara films, "The Argentine" and "Guerrilla," aren't quite ready, and Woody Allen's new "Vicky Cristina Barcelona," made with Spanish financing, is therefore apparently bound for the San Sebastián festival this fall. Those desperate for American fare can catch the out-of-competition premiere of a DreamWorks animated feature with Jack Black called "Kung Fu Panda" (I only wish I were kidding) or Barry Levinson's inside-Hollywood comedy "What Just Happened?" (recut since its Sundance premiere), which may take the unloved closing-night spot.

But Cannes is not the Olympics, and once we get past nationalism it sure looks like an amazingly strong assortment of major European and Latin American filmmakers will show up on the Croisette this year. Among the virtual certainties are new pics from two-time Palme d'Or winners Jean-Pierre and Luc Dardenne, "Kings and Queen" director Arnaud Desplechin, "City of God" director Fernando Meirelles, "Regular Lovers" director Philippe Garrel and "Climates" director Nuri Bilge Ceylan. McCarthy goes on to mention a whole bunch of intriguing maybes, including an experimental film by Iranian master Abbas Kiarostami, the latest epic from Greek legend Theo Angelopoulos, and new works from Canada's Atom Egoyan, China's Jia Zhangke, Argentina's Lisandro Alonso, Brazil's Walter Salles, Japan's Kiyoshi Kurosawa and Poland's Jerzy Skolimowski (the latter's first film in 17 years!). Lest I feel the wrath of Broadsheet, let me note that there's not a single movie made by a woman on that list, and even in the odd gender-politics climate of contemporary Europe that feels pretty retro and not in a good way.

Back at home and back in the present tense, on Wednesday evening, the Tribeca Film Festival semi-kicks off in New York with the premiere of the Tina Fey-Amy Poehler comedy "Baby Mama." As lame as that looks, I'd definitely rather watch it than watch the "Sex and the City" movie. Which proves, well, nothing in particular. If I had a nickel for every time I've seen a crappy, commercial film open a major festival, I'd have, um -- well, I guess I'd have a dozen or so nickels, that's what.

Tribeca starts showing its real movies on Thursday, and I'll have a full preview up by then. As usual, New York's biggest film festival is consumed by its desire to be, you know, New York's biggest film festival, and -- although a little less steroid-pumped than last year -- has apparently programmed every available motion-picture-type product between 80 and 150 minutes long that was recently made by a simian life form. Hell, some of them are pretty darn good!

There are also movies opening in actual theaters this week, and perhaps most prominent and problematic among them is Errol Morris' documentary "Standard Operating Procedure," an investigation of the infamous Abu Ghraib photographs and the situation that produced them. It's an intriguing and sometimes infuriating film, somewhat reminiscent of Morris' groundbreaking "The Thin Blue Line." And it's about pretty much the last subject anyone wants to face right now. I mean, seriously, the last. I think a film demonstrating new techniques in dental surgery might have better commercial prospects.

Still, OK, I'll say the obvious things: Right or wrong, Morris is trying to challenge what you think you know about Abu Ghraib, and the film is a serious work that (to no one's surprise) asserts that those photos barely graze the iceberg's tip, in terms of what's being done to people in all sorts of places we don't want to know about, in the name of your alleged freedom and mine. I had a partly friendly, partly confrontational and distinctly odd conversation with Morris recently, and we'll have that up by the end of the week.