The girl who's also a boy

A nifty Gothic fable about an intersex teen in a desolate coastal town is among the year's most striking debuts. 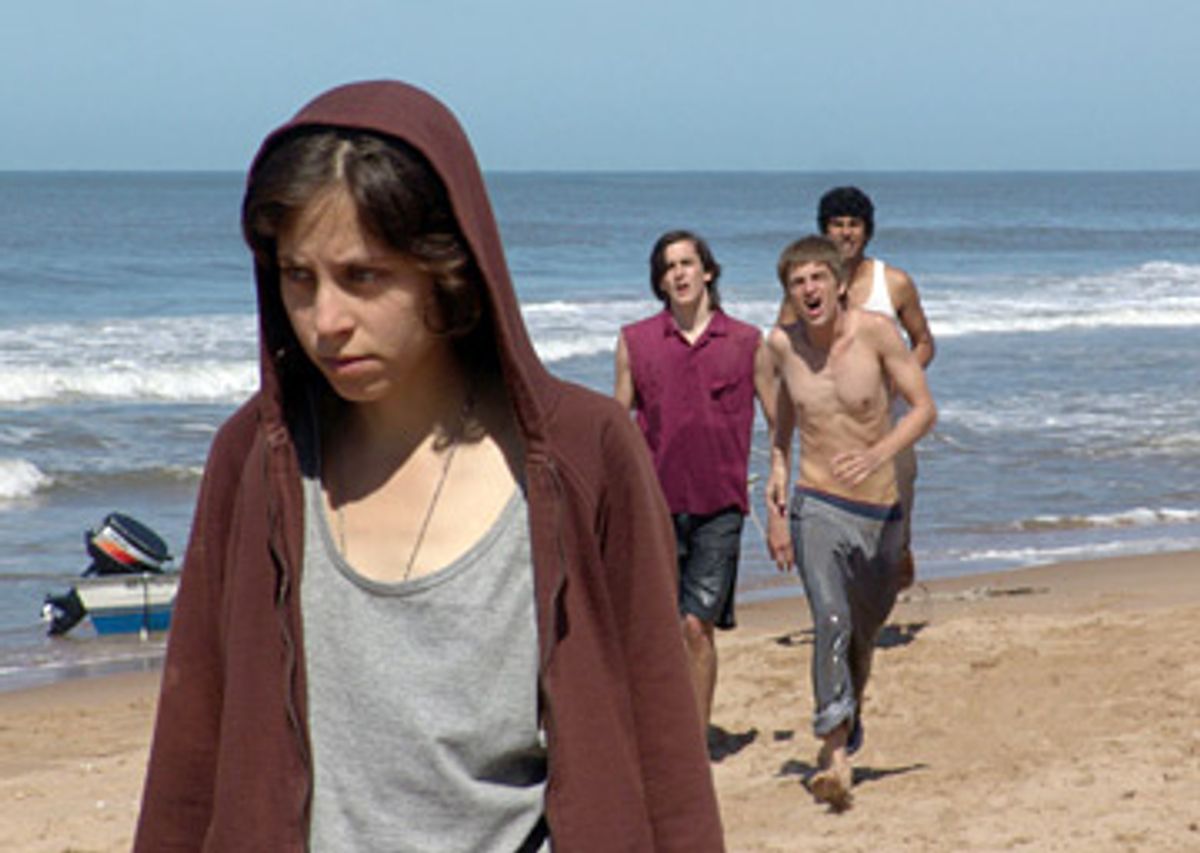 Alex (Inés Efron, foreground) in a scene from "XXY."

An intimate, atmospheric character study with a lingering erotic charge, Lucía Puenzo's "XXY" is one of the year's most impressive directing debuts. Maybe this film's international success has something to do with its sensational gender-theory subject matter -- the central character is an "intersex" teenager, not exactly a girl or a boy -- but on the other hand maybe not. (Puenzo won the Critic's Week Grand Prize at Cannes, and the film has played numerous other festivals.) Speaking personally, I was afraid that "XXY" might be one of those dogmatic, confrontational lecture-demonstrations in the mode of late-'80s "queer cinema." Instead, it's a nifty little Gothic fable of loneliness that would be plenty compelling even if young Alex (Inés Efron) knew what sex s/he was.

Alex is 15, and manifests as a girl. but as we gradually gather over the course of "XXY," that's the product of significant camouflage and medical effort. Puenzo expertly blends expository nuggets into her minimal narrative, but we don't need much. That's largely due to the extraordinary performance by Efron (an adult woman), who plays Alex as an awkward, oddly seductive blend of confidence and confusion. When she first meets Alvaro (Martín Piroyansky), a teenager who's come with his parents to visit Alex's family on the remote Uruguayan coast where they live, she says to him, "I've never fucked anybody. Do you want to?"

If that question is fraught with danger for any teenager, for Alex the danger is several orders of magnitude more intense, and the uncertainty is tangible. Alvaro doesn't know about Alex's secret, but like the area's other teens he realizes there's something unusual, something both alluring and off-putting, about this rangy, boyish, oddly aggressive girl. Alvaro's father (Germán Palacios) is a prominent surgeon from Buenos Aires; as the boy explains to skeptical Alex, he does boob jobs and nose jobs for money, but his real mission in life is "fixing" people with "deformities."

Puenzo is a 31-year-old writer and director whose father is the prominent Argentine filmmaker Luis Puenzo (he won the foreign-language Oscar in 1986 for "The Official Story"), and she writes dialogue with the compression and hidden explosive power of Harold Pinter. There's a tension between Alex's marine biologist father (the great Argentine actor Ricardo Darín, of "Nine Queens" and "The Aura"), who tries to rescue turtles from the vaguely threatening cast of locals, and her mother (Valeria Bertuccelli) that almost never boils to the surface. It certainly has something to do with the visiting surgeon and whether, how and why he might have a private consultation with Alex.

When Alex's father finds her and Alvaro sharing a startling private moment, he clearly undergoes a private crisis about his daughter's (or son's) identity and future. Darín shows us the man's suffering with a minimum of talk, and none of that spill-your-guts yammering endemic to American indies. Puenzo uses the rugged, beautiful beaches and low, blue-gray skies -- it looks more like the coast of northern Europe than a Latin American stereotype -- as a powerful corollary to this family's lonely, loving struggle with itself and the outside world. I don't think "XXY" is anything as pedantic as a lesson in tolerance. Instead, it's a haunted, heightened fable about things that are absolutely universal -- the terrors of sex and sexuality, the pain of growing up, the difficulty of loving those closest to us.

"XXY" is now playing at the Cinema Village in New York, with national rollout to follow.