In this podcast interview from Cannes, the British artist turned filmmaker talks about Bobby Sands, Abu Ghraib and his sensational feature debut, "Hunger." 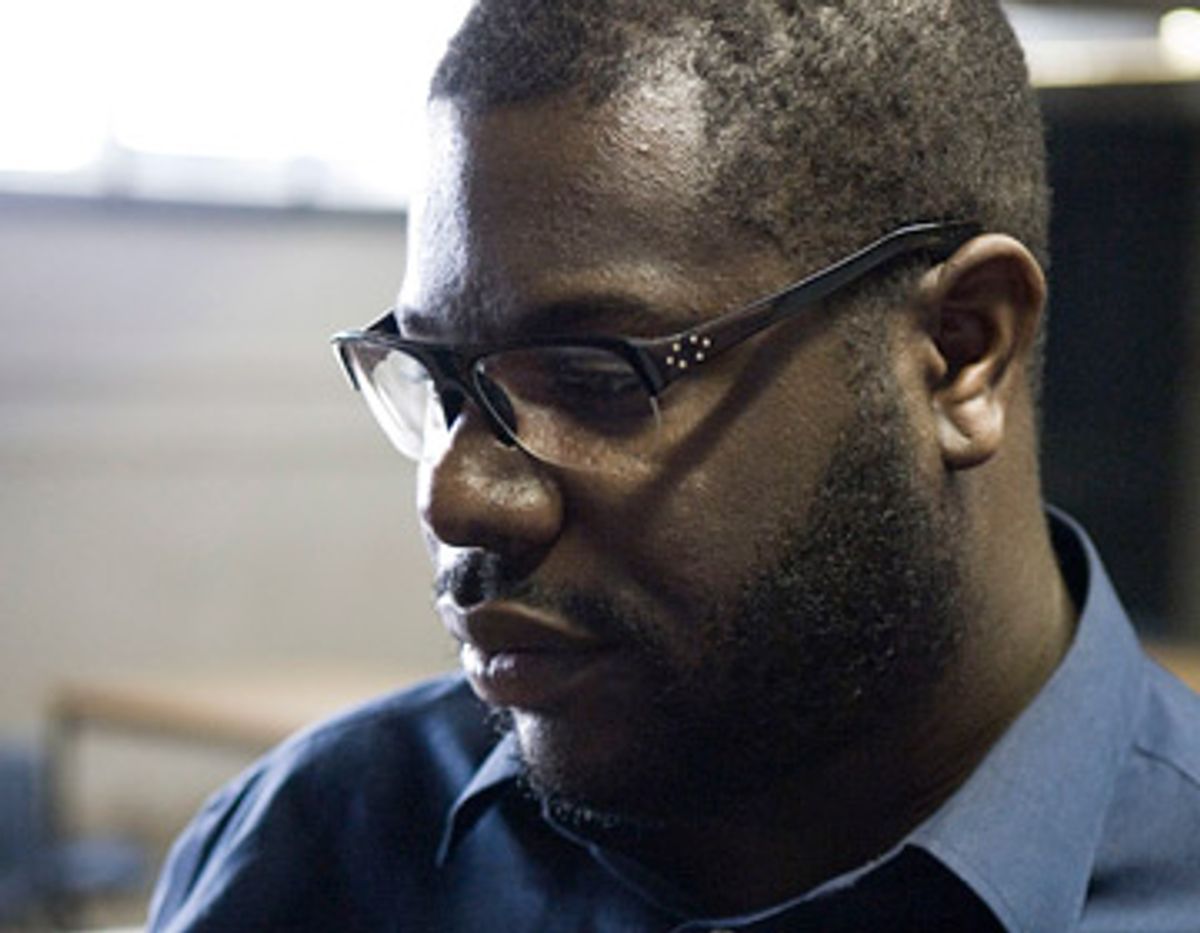 CANNES, France -- Steve McQueen is a prominent figure in the British art world, a film, video and installation artist who won the Turner Prize (Britain's biggest prize for contemporary art) in 1999. He's had solo shows in museums and galleries around the world since the mid-'90s -- the Museum of Modern Art in New York, the Kunsthalle in Zurich, the Institute for Contemporary Art in Cape Town, the Fundacio Tapies in Barcelona. He's a fast-talking Londoner whose accent gives away his working-class roots. He's 39 years old and he's black.

All that is to point out the many ways in which this Steve McQueen is not that Steve McQueen, the American movie actor who was among the greatest screen idols of his time and died, far too young, in Mexico in 1980. Whether or not the world of international cinema is ready for this McQueen, he's here. He began making black-and-white silent shorts in 1993, and has been edging closer to feature filmmaking ever since. His feature debut, "Hunger," which opened the Certain Regard section of this year's Cannes Film Festival, has been ecstatically received and is considered a front-runner for the Caméra d'Or, the prize given here to the best first film in the festival. (IFC has just acquired U.S. distribution rights, although no release date has been set.)

On one level, it's perfectly accurate to describe "Hunger" as a film about the Irish Republican Army hunger strikes in Long Kesh prison in 1981, and in particular about the death of Bobby Sands (Michael Fassbender), most iconic of those prisoners. But I don't want to lead you too far down the path of thinking that "Hunger" is a traditional narrative film, or one where you learn much about the political and social issues that underlay the Northern Ireland conflict 27 years ago. Its roots lie just as much in the experimental films of the fine-art world as in ordinary cinema. It's a tremendously atmospheric and oppressive work, a semi-experimental sight-and-sound sculpture that features almost no talking -- except for a single scene that is nothing but talking.

McQueen plunges the viewer into the tension, violence and unbelievable foulness of the IRA's "no-wash" protest in Long Kesh, showing us how it affects both the Irish Catholic prisoners and the Ulster Protestant guards. We see the prisoners and their visitors trading secret communications, conveyed in bodily orifices or on babies' bodies. We watch a guard's wife's face as he leaves his ordinary suburban house in the morning and carefully checks his car for bombs. Most of the dialogue is fragmentary or inaudible, until we get to the confrontation between Sands and a visiting priest (Liam Cunningham) who tries to convince him that his plan to starve himself to gain his fellow inmates political-prisoner status is both doomed and counterproductive. (Arguably the issue of the hunger strike's morality and efficacy is still unclear a generation later.) It's a brilliant, elliptical conversation, scripted by McQueen and his co-writer, Irish playwright Enda Walsh, and shot by cinematographer Sean Bobbitt as an unbroken, static take of almost 20 minutes.

"Hunger" immediately struck viewers in Cannes as possessing tremendous contemporary resonance, but as McQueen pointed out in our conversation, that was accidental. When he started developing the project early in this decade, there was no Iraq occupation, no Abu Ghraib, no Guantánamo Bay. You could say that in "Hunger" McQueen is using the specific situation of Northern Ireland in 1981 as the pathway to a more universal situation -- the ambiguous dance of oppression and resistance, the lure of ideological violence and self-sacrifice -- that is likely to recur in any historical period and almost any conflict. Two days after his film's premiere, McQueen met a group of reporters at a rooftop apartment while his sales executives worked the phones, fielding distribution deals from all over the world.

Listen to the conversation.