"I Spit on Your Grave," Italian style

Massive Euro-hit "The Unknown Woman" is ludicrous and trashy -- don't miss it! Plus: "Stuck" in a windshield and left to die. 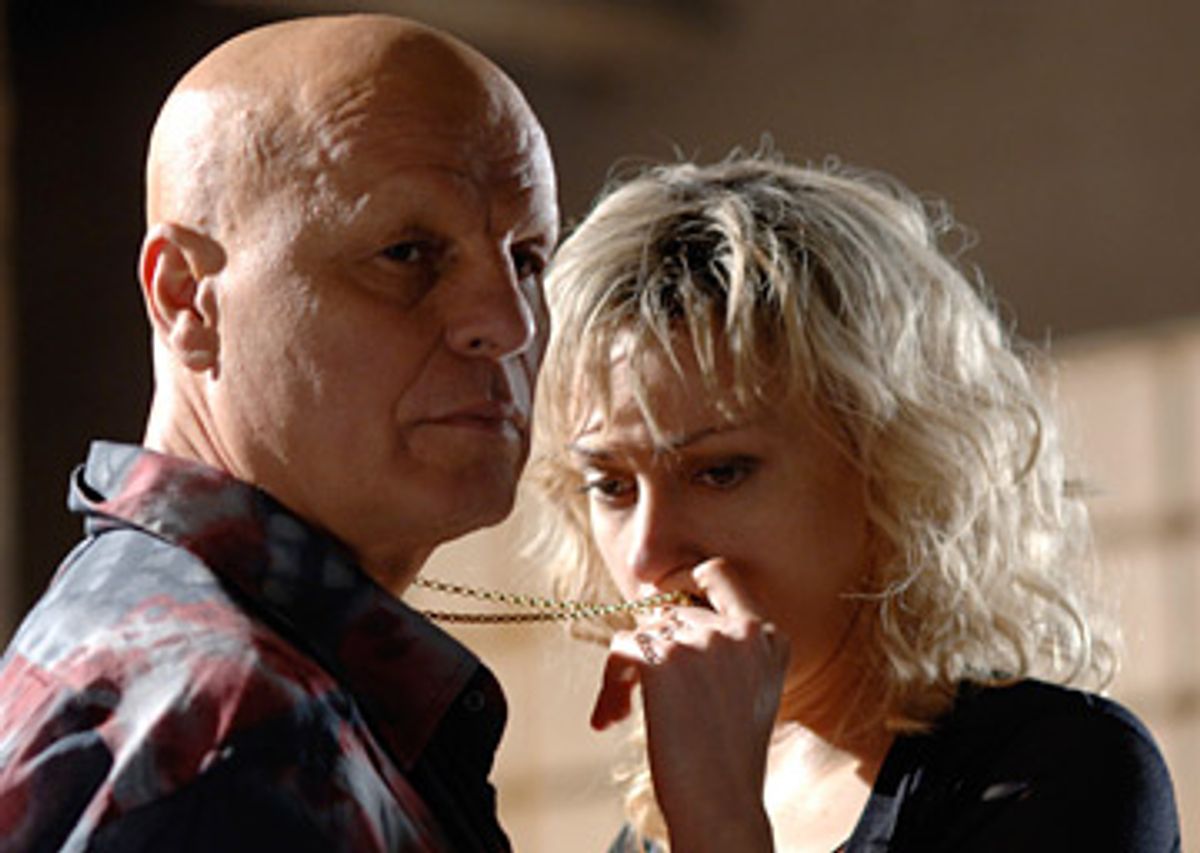 Michele Placido and Xenia Rappoport star in "The Unknown Woman."

I've watched Italian director Giuseppe Tornatore's big European hit "The Unknown Woman" all the way through, I promise. And yet, sitting down to write this, I had the damnedest time remembering how it ends. Was it with the pimp who comes back from the dead? Was it when our vengeful Ukrainian hooker cum avenging-angel heroine finds her beloved boyfriend buried in the city dump? With the discovery that the rich family's adopted daughter is actually the heroine's daughter, or the discovery that she isn't? Is it when the heroine goes to prison, or when she gets out? And which of her numerous situationally-justified crimes is she serving time for anyway?

While French films continue to have a small but loyal American audience, Italian movies have virtually disappeared from art-house screens over the last two decades. I'm not sure "The Unknown Woman" will do anything to change that, but it's an exceptionally well-made example of the kind of delirious, semi-Gothic, overcooked melodrama filmmakers from the Boot have long specialized in. The lush, wide-screen photography by Fabio Zamarion is magnificent, and Xenia Rappoport gives a marvelously nuanced performance as Irena, the "unknown woman" brought to Italy as a bleached-blond sex slave who subsequently unleashes herself upon society as a one-woman campaign for justice.

Am I saying "The Unknown Woman" is actually a good movie? Oh, I guess not, but it depends what you mean. After sitting through so many grievously serious pictures in Cannes over the last two weeks, I'm grateful to see something more double-edged and sleazy, something with that Paul Verhoeven-style Eurotrash combination of social conscience and fleshpot exploitation. Maybe this is a serious picture about sexual slavery and the exploitation of Eastern European women in Italy, and maybe it's an upscale remake of "I Spit on Your Grave" -- and who am I to say it can't be both?

In the movie's present tense, Irena is a struggling domestic worker in a provincial northern Italian city, who commits various minor (and not-so-minor) crimes in her efforts to work her way into the Adacher family, a respected jewelry-making clan. Tornatore alternately titillates us with grotesque fragments of Irena's past, as a brutalized street hooker working for a fearsome bald pimp named "Mold" (Michele Placido), and punishes us by withholding crucial information about how and why she arrived in her current predicament. When Irena joins the Adachers as housekeeper and nanny, her relationship with both their young daughter Thea (Clara Dossena) and her mother (Claudia Gerini) is clouded with sexual ambiguity and danger.

Needless to say, Irena's past won't leave her alone. She's attacked and beaten mercilessly by two street-corner Santas on Christmas Eve (that, if you like, is the whole movie in a nutshell. Mold, who she thinks is dead, resurfaces to poison her relationship with the Adachers. Or something. By that point the story has become totally unhinged, if it was ever anything else, into a fantasy realm that encompasses both violent misogyny and feminist vengeance. "The Unknown Woman" may be ludicrous, but it's crafted and played with vividness and passion, and is never boring. Its massive popularity in Italy -- where it swept the Donatellos (or Italian Oscars), winning best picture, best actress, best director, best cinematography and best music (by the immortal Ennio Morricone) -- is no mystery.

It simply can't be an accident that Italy's recent cinematic renaissance, as marked by this film's wide European audience and the success of Matteo Garrone's "Gomorrah" and Paolo Sorrentino's "Il Divo" in the Cannes competition, coincides with a moment of national self-doubt and apparent political and economic paralysis. For American film buffs, "The Unknown Woman" is little more than a footnote on the calendar, but if pop cinema this alive and this crazy can emerge from times of national crisis, maybe there's hope for Hollywood yet.

"The Unknown Woman" is now playing at the Angelika Film Center in New York, with more cities to follow.