Suicide is painless. Can the same be said of M. Night Shyamalan's latest scare flick, in which people off themselves in countless ingenious ways? 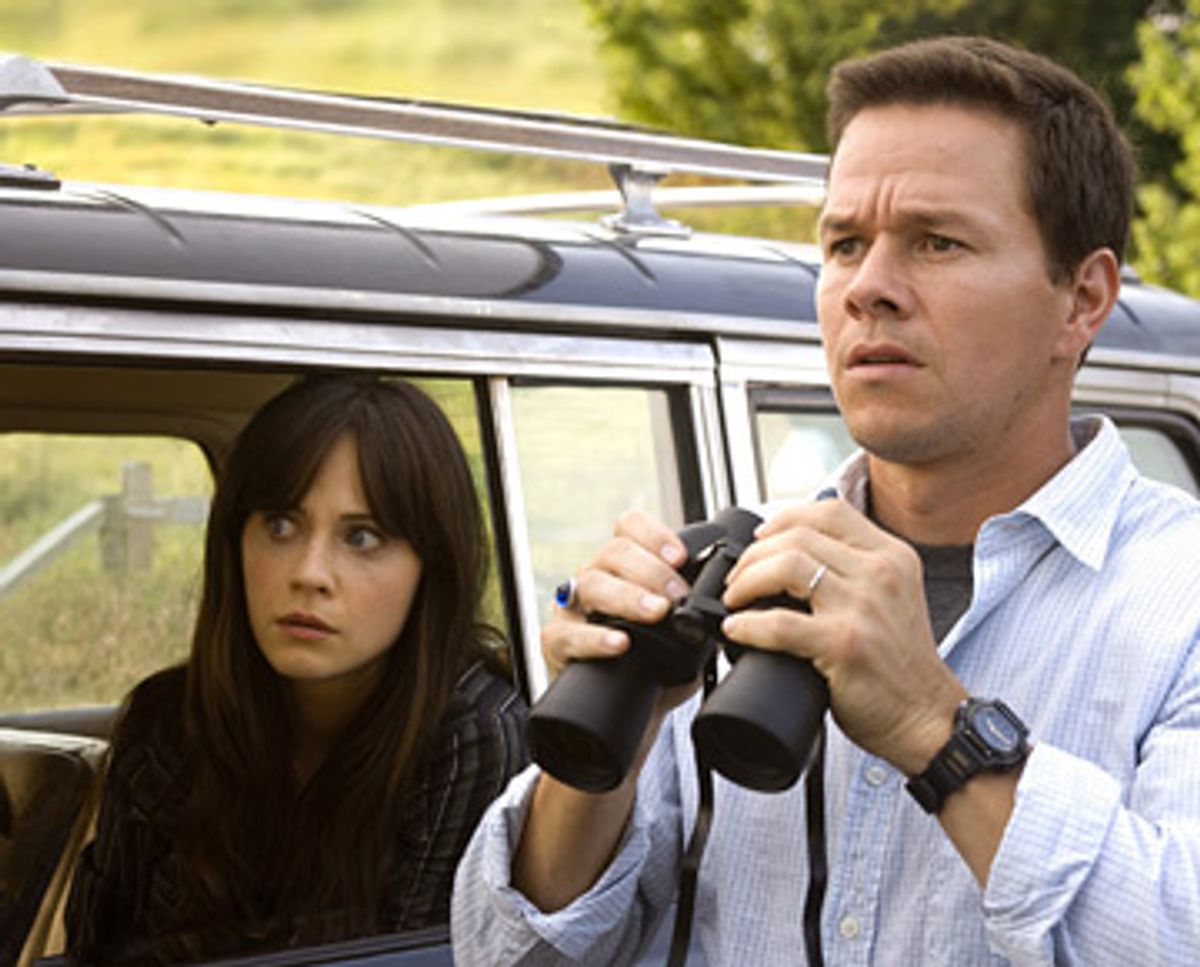 Let it not be said that M. Night Shyamalan can't inspire dread. Nine years after "The Sixth Sense," he may in fact be more chilling than ever. By the time his name appears under the words "Written, Directed and Produced by" in the final credits of a movie, his audience has experienced a profound déjà vu, followed by the horrifying realization that two precious hours have vanished from their lives ... Forever.

As is always the case in a Shyamalan movie, all is not what it seems in our world. In the opening moments of the film, on a summery Central Park morning at precisely 8:33, the possible end of human existence abruptly begins. Movement stops, eyes grow wide and cold, and hairpins are put to jugular puncturing use. Within minutes, New Yorkers are dropping like flies from a mysteriously lemminglike impulse that makes them kill themselves.

Meanwhile, in Philadelphia, the director's hometown and default film locale, science teacher Elliot Moore (Mark Wahlberg) is trying to get his bored high school students to come up with a reason the honeybees are disappearing. Elliot must be very smart, because he's wearing a sweater vest, and because he drills the necessary steps of scientific exploration into his kids' heads with all due narrative foreshadowing. Yet when he tosses out the possibility that "there are forces at work beyond our understanding," the film is giving a big heads up that there will be no satisfying explanations to come.

As news of the carnage in New York breaks and fear of terrorism spreads, Elliot and his possibly soon-to-be ex-wife, Alma (Zooey Deschanel), decide to flee the City of Brotherly Love with Elliot's colleague Julian (John Leguizamo) and Julian's young daughter, Jess (Ashlyn Sanchez). Soon that plan too goes bust, as the death toll rises and the suicidal urge seeps farther and farther away from its epicenter, into smaller and smaller towns. Stranded in a Pennsylvania Palookaville, the troupe has to outwit and outrun the unseen, deadly urge.

Along the way, in this, Shyamalan's much-ballyhooed first R-rated feature, the affected people find some remarkably resourceful ways to off themselves: with farm equipment, zoo animals or just handy broken glass. The effect is admittedly distinctly unnerving, not so much for the gore factor but for the creepy notion of humans turning so viciously on themselves. And as Elliot and his dwindling posse discover, in a crisis, the difference between the afflicted and plain old paranoid, nutty Americans is pretty slim. Is it a terrorist attack? A government experiment gone awry? A fluke virus? Is it, as a convenient gardening expert suggests, defensive toxins released from plants? Could it involve neurotransmitters, psychotropic mumbo jumbo or even calculus? The movie throws out all of the above as possibilities, making the case for one and reinforcing it late in the film with remarkable lack of subtlety.

Not all the blame for the way the movie lands with the thud of a self-destructive construction worker can be laid on Shyamalan, though. Mark Wahlberg and Zooey Deschanel, both capable of being fresh and versatile in other films, certainly have the aloofness of a couple on the rocks, but they never make the case for their later rekindling. Not only is there no spark between them, there's little individual appeal either. Instead, Wahlberg has to intone unconvincing blather about scientific reasoning, while Deschanel delivers on her character's admission that she has trouble showing emotion. Other characters wander in and out -- the gee-whiz military man, the trying-to-be-tough teenage boys, the weird religious lady (Betty Buckley, who at least looks like she's having fun briefly chewing the scenery), but few stick around for long and none makes much of an impression.

Could "The Happening" stand on its own as a truly gripping, suspenseful film if we weren't already so familiar with Shyamalan and his twisty shtick? Could we be spooked by creaky doors and windy farmhouses if we hadn't sat through "Signs"? Would we jump at the image of multiple bodies swinging in the breeze if we hadn't seen it in "The Sixth Sense"? Would we find the auteur's penchant for rural kooks intriguing had he not already graced us with "The Village"? Would his amber hues and shadowy forms and ominous clouds and clunky exposition knock our socks off if this were his debut? Strip away the past nine years and what would we be left with? Not every Shamalyan movie we've seen before, but just another crappy studio flick.

When he's not borrowing liberally from himself, Shyamalan has numerous other sources of inspiration. There's an obvious similarity to the 2002 Japanese shocker "Suicide Club," right down to the device of people jumping en masse off buildings. There are elements of "The Stand" and "The Invasion." There's even a whole lot in common with the infinitely more awesome "Shaun of the Dead," from the way that an apocalypse can bring an estranged couple together to the channel-surfing explanatory postscript. Because this is Shyamalan, however, there is one final compulsory gotcha. I spoil nothing that isn't already quite spoiled when I reveal that even then, the director just reuses a familiar idea.

Shyamalan may never be able to live down the quotable tag line or the big revelation of "The Sixth Sense," but it's not the surprises of his earlier effort that made it memorable. It was that it said something about loss and loneliness and connection, conveyed by a cast with a convincing rapport. Despite his recurring explorations of the same themes, Shyamalan has yet to recapture that compelling blend of horror and humanity.

In "The Happening," the director preachily suggests that the planet is giving us a warning, that when we abuse the earth, nature may just reclaim it for its leafy self. Maybe that's why Shyamalan's such an eager recycler, grinding out the same ideas and images again and again. The man who showed such promise less than a decade ago has been leaving a diminishing creative footprint ever since.