A new take on the octopussy 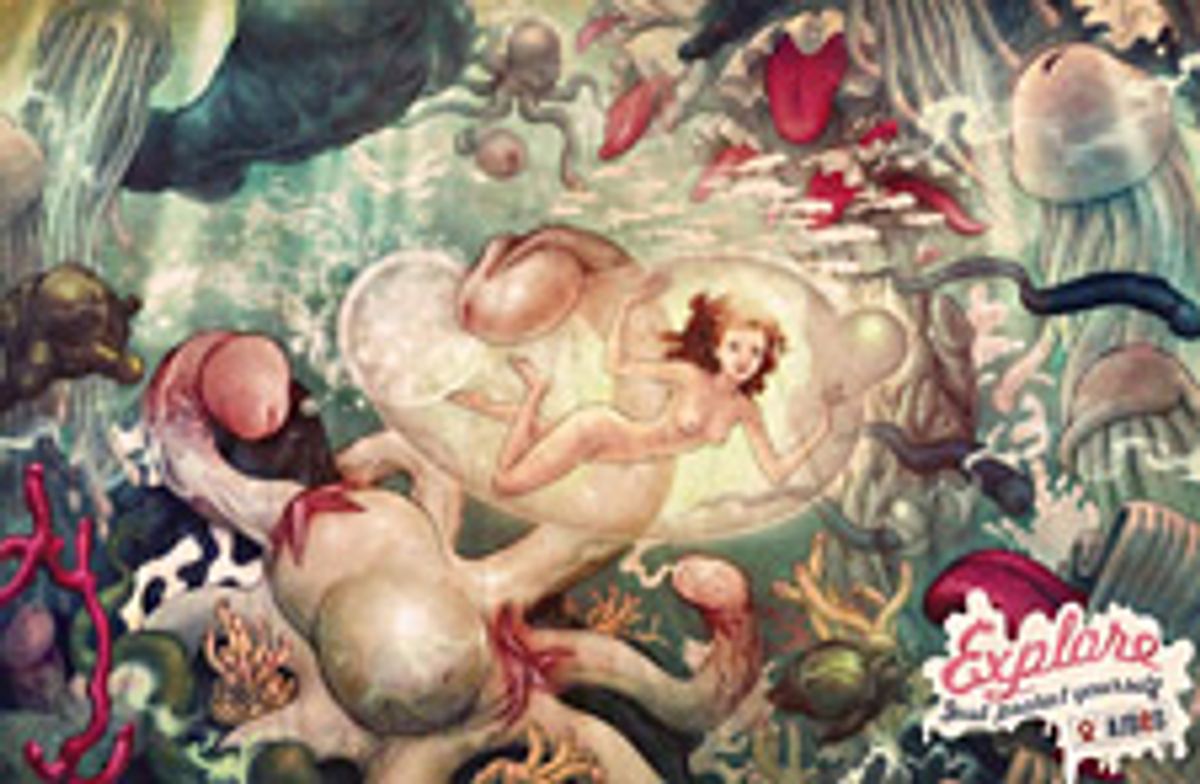 Copyranter just sent us a link to some of the weirdest AIDS prevention ads I've ever seen. Bronze-medal winners at this year's Cannes International Advertising Festival, the French ads feature a man and a woman, each in a giant condom, floating through landscapes of the opposite gender's genitalia. The guy looks like he's just been shot out of a follicle into "outer space" -- a dark, nebulous world of boobs, mouths and legless women's crotches (which look disturbingly like overripe apricots). The girl, for her part, is swimming through a seascape of dicks. The tag line? "Explore. Just protect yourself."

I suppose the obvious message of these ads is that (heterosexual) sex is natural and healthy, and that as long as you use condoms, you should feel free to enjoy the smorgasbord of apricot vaginas, cock-topuses, and giant-tongued clams. Or at least that's what I think their message would be in France. For us prudish Americans, however, I could see them being interpreted differently: It's a scary world out there, and if you don't wear a full-body condom at all times, you could step on some penis coral and give yourself some really nasty cuts. As such, I could see the ads provoking two different responses: They could encourage people to have safer sex, or they could inspire them to wrap their entire bodies in saran wrap and swear off beach vacations for life. Since either method is likely to help prevent the spread of HIV, I guess we can count the ads as a success?

Regardless, I will never look at a sea turtle the same way again.