The Beastie Boys' Adam Yauch on his new documentary, "Gunnin' for That #1 Spot," and tomorrow's NBA superstars. 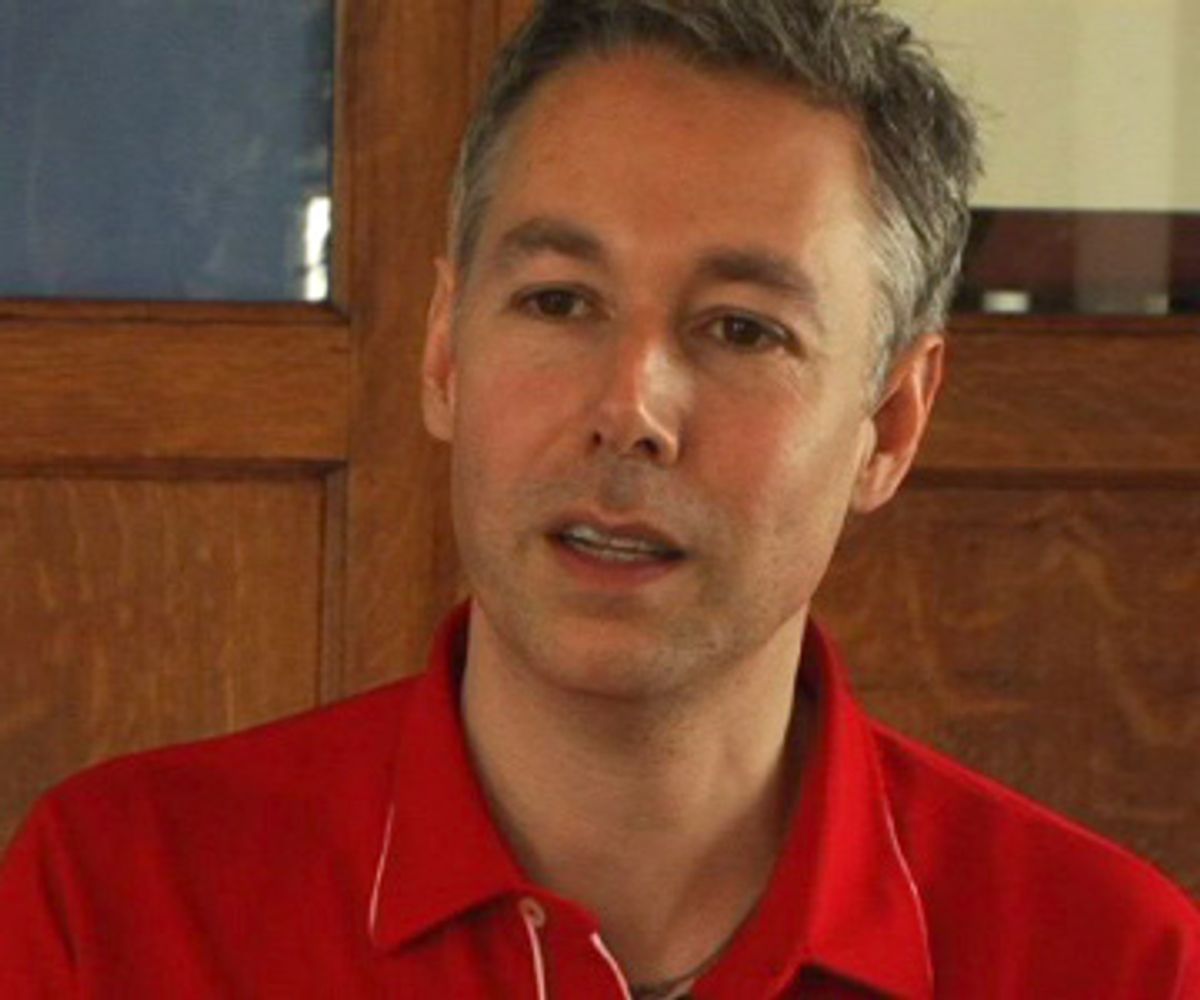 Best known as Beastie Boy MCA, Yauch has directed many of the band's music videos as well as the Beastie Boys concert film "Awesome; I Fuckin' Shot That," compiled from footage shot by concertgoers. During the summer of 2006, when his friend Kris Stone mentioned he was organizing an all-star high school game in Rucker Park, Yauch decided to film it. It would be the first time many of the country's young elite players would compete against each other. Freed from school affiliation, sponsorships and "shoe camps," they would play just for fun. Yauch follows eight of the 24 competitors (including UCLA's Kevin Love and NBA draft pick Michael Beasley) as they prepare for their trip to the historic Harlem court.

Yauch interviews coaches and online stat-mongers, and intersperses clippings from magazine articles that show the incredible amount of hype surrounding the young men. He also visits the players at home, where they are just kids -- fresh-faced boys who tower (more than the average teen) over their parents. The players share a genuine excitement for the game, but they also exhibit a real awareness of their talent and their potential worth as basketball superstars.

But the best part of "Gunnin' for That #1 Spot" is the actual Elite 24 game. (This year's tournament will be held on Aug. 22.) Taking up at least a third of the film, the game is a supercharged, fast-paced, immersive experience that celebrates the players' showmanship and true talent. Yauch replays, rewinds, slows down and speeds up the footage to explore the plays from different angles. Exquisitely cut to a fast-paced hip-hop soundtrack, the game is part music video, part video game and part pure, joyful basketball.

The film, which was featured in the Tribeca/ESPN Sports Film Festival in April, opens in select cities on June 27. Salon spoke with Yauch at his production office in Manhattan. (Click the image at right to watch clips from the film and the interview with Yauch.)

What drew you to the topic of elite basketball?

I just thought it would be interesting to take a look at the world that these guys live in and just get an idea of who they are. This friend of mine, Kris Stone, was putting together this all-star game, and he was so excited about it. He was like, "Yo, I've got these guys coming out and they're, like, the top players in the country and I'm gonna have them here for three days and gonna show them all around New York, and take them to these different places and a lot of these kids have never been to the city before." I think I fed off of his enthusiasm.

The game itself was a pretty big part of the film. But it didn't feel like watching basketball on television or like a typical sports documentary. It felt like it was driven by the music, and you played around a lot with the footage.

I went into it with the idea that I was going to really play around with the footage, and did shoot it intentionally that way -- shot with wide-angle lenses in certain positions, shot with over-cranked cameras in certain positions so we'd have slo-mo footage to work with. I was definitely interested to be able to go back and really explore what happened [from different angles] because a lot of times stuff happens in basketball that's so fast. And the intention was always to really cut to music. Traditionally the way filmmaking is done is an editor and director cut together a scene, and you have your dialogue and an image and then the music is placed on afterward. Because I come from a background of doing music videos, I'm more accustomed to putting down a piece of music and then cutting over it, putting images over it. So I went much more that route of cutting to music especially where the game stuff was concerned.

You've directed a lot of music videos and "Awesome; I Fuckin' Shot That." Is this the first time you've made a film outside the Beastie Boys world?

Pretty much. I was somewhat involved in making a documentary called "Free Tibet" that was based around the '96 Tibetan Freedom Concert, so I think in that process I learned a bit about structuring documentaries and character arcs and how to get a beginning, middle and end feeling going in film.

Rucker Park has a lot of history -- it's almost a mythical place. Did you have a strong sense of its importance to the community when you were making the film?

The idea that these kids from really diverse backgrounds and geographic locations are all coming together to play in New York at Harlem's Rucker Park is very interesting. But for me it was just interesting taking a look at the microcosm of high school basketball at this elite level, seeing the way these kids are being groomed and prepared and on this trajectory toward NBA superstardom. A lot of them are planning not just to play in the NBA, but to be superstars.

And you catch up with these kids just when they're starting to be talked about as products. One person even says, "What happens if he doesn't live up to how he's been advertised?" How aware are the kids of all this?

I think the kids are very aware of it -- they're right in the middle of it -- but they are kids. Some of them seem much more grown-up and business savvy than others, but on some level they're all 16-year-old kids. They're starting to get this media exposure and they have all these people around them, but I don't know that it's necessarily a bad thing. There are elements about it that are bad. There are certainly bottom-feeder type people around these kids. But not all of it is necessarily bad. I don't think that these kids' lives would necessarily be better or happier if there wasn't this attention around them.

You do see in the film that they love the game. They're not so far gone that they are just playing for the endorsements.

When the game is all over, some of the kids are chosen to be MVPs. Does that affect them in any way?

It must. You think, oh, I wonder how that kid feels, that he didn't play well that day, that he didn't get picked as an MVP or that this other kid got picked as the MVP. But this is obviously what these kids are interested in. They're very competitive kids on some level, all of them. I mean, to become some of the top high school ball players in the country, they obviously have to have skills, but they also have something inside them that drives them to be competitive. So again I don't know that it's necessarily bad, with the MVP thing. It's part of that whole world. It's part of that process. They've chosen a competitive lifestyle.