How to read the James Wood way

The fiercely talented critic takes us on an illuminating tour of fiction -- but there's a hole in his plot. 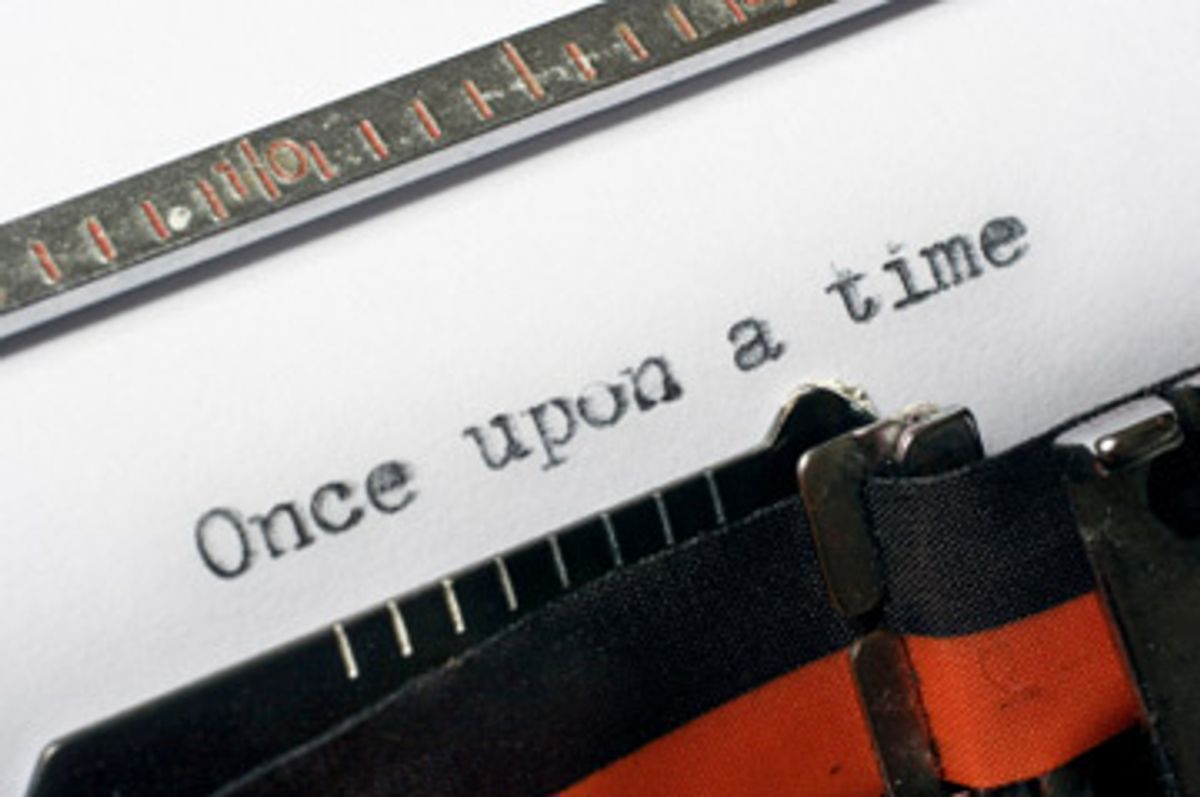 James Wood makes me want to be a better man. Or, at any rate, a better reader, which, in Wood's metaphysics, is practically the same thing. The sense of holy purpose that rises from all his sentences gathers into mission in "How Fiction Works," a book-length essay that takes its cue from George Eliot: "Art is the nearest thing to life." Wood likes that line so much, he uses it twice, and in each case, the implication is the same. To approach the mystery of our own condition, we have to grasp the mystery by which words make worlds.

Of course, literary figures as great as E.M. Forster and Virginia Woolf and F.R. Leavis and Roland Barthes have already tried to explain fiction to us, and it may seem churlish to wonder -- after so many fine minds have labored so long at it -- if fiction really needs to be explained. Surely, if it's doing its job, it need only be experienced. If it can't be experienced without tearing off its gown to expose the skivvies beneath, then it's even more of a minority art form than we feared. What, finally, is better for the soul: reading Tolstoy or reading how to read Tolstoy?

In fact, there is at least one good reason to read "How Fiction Works": Wood writes like an angel, with all the austerity and voluptuousness that implies. More to the point, he is one of the very few critics alive who can engage fiction on its own terms. Muriel Spark's novels are "fiercely composed and devoutly starved." Flaubert's sentences are "laid as slowly and agonizingly as a fuse." A character in Michelangelo Antonioni's film "L'Eclisse" "slips through our changing perceptions, like a boat moving through canal locks." Wood has the ear and the brain to wrestle with his masters and even, when he's feeling his oats, surpass them, as he does in a cunning parody of Graham Greene: "Wentworth, he noticed, was giving off a slight odor. It was the smell of sin."

The sin, of course, is Greene's: too imitable, too ordinary. Many canonical authors are, in fact, denied entry to Wood's pantheon, but as longtime readers know, the ones who do make it are treated with sacramental care. "Novelists should thank Flaubert the way poets thank spring; it all begins again with him." Don't forget to thank Chekhov and Tolstoy, too. And Woolf and Austen. James, Stendhal, Dickens, Joyce, Proust, Conrad. Among latter-day authors, the late Saul Bellow still sits at the head of the table: "a writer who makes even the fleet-footed ... seem like monopodes." Ian McEwen has a chair near the fire, Philip Roth is by the door (he made an ugly scene last year), but if you're scanning the seating plan for Updike or Pynchon, for DeLillo or Jonathan Franzen or Salman Rushdie or Zadie Smith -- if you're wondering where good ol' Henry Fielding has gotten to -- well, that's a story for another time.

But let's say this much for Wood's guest list: It's his own. No outside forces have vetted it. Although Wood is currently teaching at Harvard, he has built his career in the swale of high-end journalism, and the intoxication of his essays lies in how they seem to shake off the muck of theory and take fiction head-on. Old questions quicken to life. "Is realism real?" Wood asks in his new book. "How do we define a successful metaphor? What is a character? When do we recognize a brilliant use of detail in fiction? What is point of view, and how does it work? What is imaginative sympathy? Why does fiction move us?"

That he proposes to answer all this in some 200 pages is a sign of how systematically and pragmatically he works. Literature's progress becomes, in Wood's hands, something like a football offensive: Tolstoy laterals the ball to Chekhov, who pump-fakes to Kafka and then throws long to Joyce. None of them, however, could even put on their cleats if coach Flaubert hadn't mapped out the game plan in advance -- through a strategic end run called "free indirect style."

Consider this sentence: "He looked over at his wife. She looked so unhappy, he thought, almost sick. He wondered what to say." Now consider what happens when the authorial intrusions drop away: "He looked at his wife. Yes, she was tiresomely unhappy again, almost sick. What the hell should he say?" In this moment, as Wood writes, "the narrative seems to float away from the novelist and take on the properties of the character, who now seems to 'own' the words ... Thanks to free indirect style, we see things through the character's eyes and language but also through the author's eyes and language. We inhabit omniscience and partiality at once."

In Henry James' "What Maisie Knew," to cite a more artful example, Maisie, the young daughter of divorced parents, ponders her governess, Mrs. Wix, who has lost a daughter of her own. "Clara Matilda ... was in heaven and yet, embarrassingly, also in Kendal Green, where they had been together to see her little huddled grave." That "embarrassingly," says Wood, is what lifts the passage into sublimity. (Me, I also like "huddled," with its suggestion of a grave shrinking into its own obscurity.) That single adverb elides the gap between author and character and forces us to taste a young girl's confusion without forfeiting our adult complexity.

Every advance, however, carries with it the seeds of its own decay, as Wood is all too aware. Free indirect style, worked too hard, turns characters into authorial surrogates. Rigorously selected detail, in less rigorous hands, morphs into mere detail, "a necklace of noticings." The very practice of realism threatens to degenerate, through overuse, into hollow devices. Wood wryly enumerates them for us: "Why do people have to speak in quotation marks? Why do they speak scenes in dialogue? Why so much 'conflict'? Why do people come in and out of rooms, or put down drinks, or play with their food while they are thinking of something? Why do they always have affairs? Why is there always an aged Holocaust survivor somewhere in these books? And please, whatever you do, don't introduce incest."

The answer to this exhaustion, as Wood sees it, is twofold. The writer "has to act as if the available novelistic methods are continually about to turn into mere convention and so has to try to outwit that inevitable aging." The reader must then reward the writer's effort with careful, even prayerful reading. "We have to read musically, testing the precision and rhythm of a sentence, listening for the almost inaudible rustle of historical association clinging to the hems of modern words, attending to patterns, repetitions, echoes, deciding why one metaphor is successful and another is not, judging how the perfect placement of the right verb or adjective seals a sentence with mathematical finality."

We must learn to read, in short, as James Wood reads. And as delightful as that sounds, I can't help noticing what's missing -- namely, anything to do with story. This is no accident. Wood has always been impatient with what he calls "the essential juvenility of plot," an attitude that comes through most clearly when he deigns to review genre writers. In "How Fiction Works," he uses a not very representative sample from le Carré's "Smiley's People" to damn the whole school of "commercial realism," its bloodless efficiency, its famished grammar of "intelligent, stable, transparent storytelling." Even when he finds a genre writer he likes, he acts a bit like Gladstone among the whores. In a recent New Yorker review, for instance, he writes admiringly of Richard Price's "Lush Life" but wonders why the author doesn't "free himself from the tram track of the police procedural."

It never occurs to Wood that a writer like Price -- or Patricia Highsmith or Elmore Leonard or Ruth Rendell or Ray Bradbury -- could find genre's confinements liberating, or that plot is more than a contractual obligation an author must fulfill before getting to the "good parts": the describing, the characterizing, the metaphorizing. Even in Wood's private pantheon, story is a far more organic concern than he is willing to concede. He justly praises the moment when Anna Karenina notices, as if for the first time, the odd shape of her husband's ears, but he neglects to tell us why. She is embarking on a calamitous love affair that is already estranging her from what she knows. Without that affair, without its conclusion, all of Tolstoy's grace notes would be a "necklace of noticings." Flaubert's "Madame Bovary" is a more compelling read than his "Sentimental Education" not because it's more stylistically felicitous but because it has an irresistible tragic arc. To act as if "Bovary" can be separated from its story is a bit like arguing that a tree can be isolated from its soil.

Flaubert famously dreamed of writing "a book about nothing," and one senses that Wood would like nothing better. Words and more words, inhabiting "a margin of the gratuitous." But surely that's just another variety of aestheticism, and surely it ignores what draws many people to stories in the first place, which is not "the tension between author and character" but the chance to go on a journey, to see one event follow another in a way that is surprising and moving and possibly transforming. Does this make us "worse" readers than Wood? Is story simply a vestigial organ that will be cast aside by evolution? Or is it evolution's engine?

Perhaps the only thing we can all agree on, finally, is this: Whatever we propose about fiction will be wrong -- in some moment, for some reader, for some writer. "The novel," as Wood himself writes, "is the great virtuoso of exceptionalism: it always wriggles out of the rules thrown around it." I hope it will wriggle out of his rules, too.