"Beautiful Losers" chronicles the art rebels of the '90s, fueled by punk, skateboarding, graffiti and trash culture. Now brought to you by Nike! 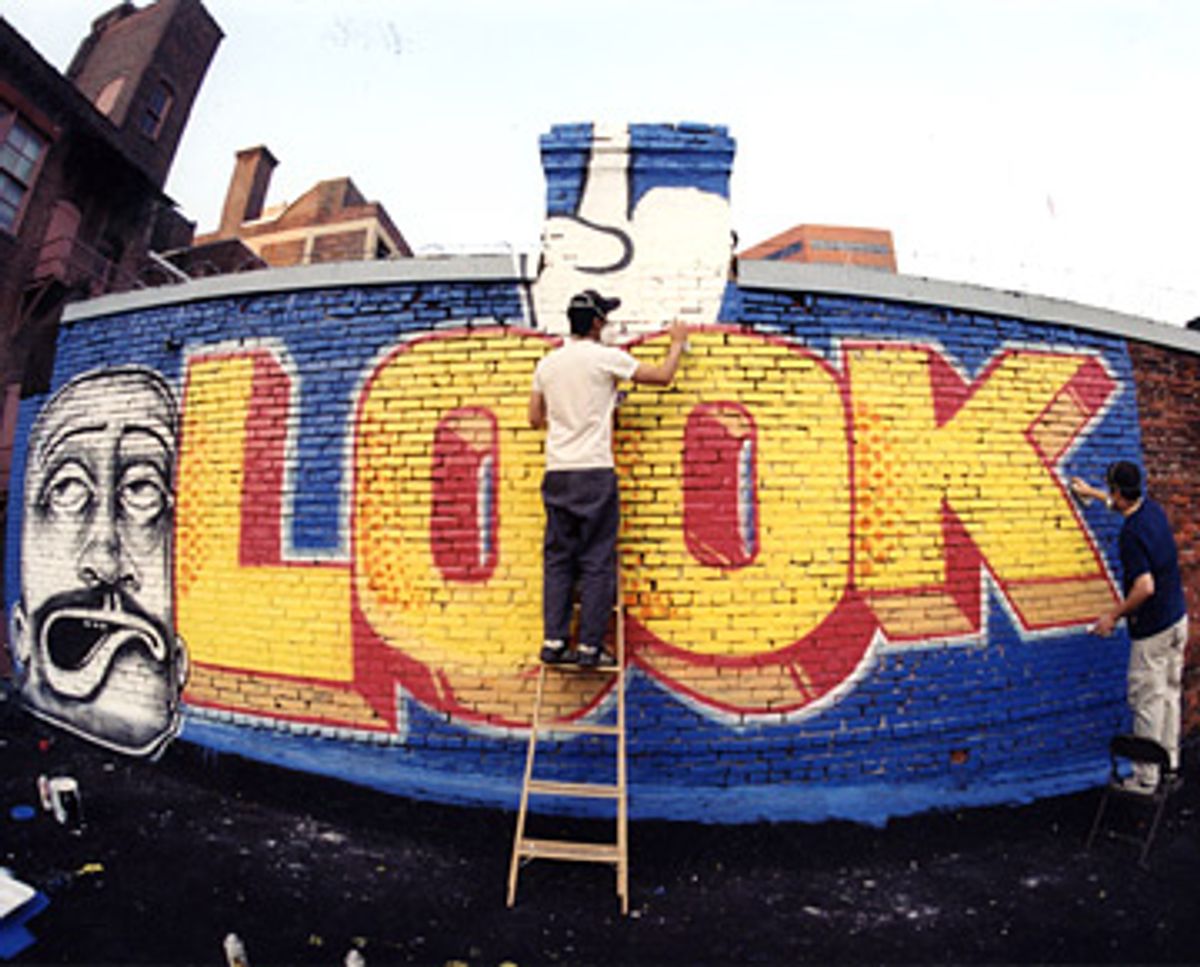 A still from "Beautiful Losers."

I guess it's tough to be a young artist who started out with nothing and became famous and successful beyond your wildest dreams early in your career. Or at least that would be the uncharitable way of viewing "Beautiful Losers," Aaron Rose's alternately winsome and irritating documentary about the art scene that grew out of his Alleged Gallery on Manhattan's Lower East Side in the 1990s.

Despite the snide comment, I'm not entirely unsympathetic. Visual artists these days face a peculiar quandary. To all appearances, the 600-year-long narrative of post-Renaissance art history has crashed and burned against the brick wall of pop culture, leaving younger artists with a "tradition" no more than a few decades old. You can see all kinds of influences at work in the artists Rose profiles, a few of them even drawn from the art world (almost always meaning pop art or conceptual art from the 1960s and after). But their major source of inspiration comes from "street culture," a catchall phrase encompassing such things as skateboarding, graffiti, punk and hip-hop records, street signage and advertising billboards, low-end commercial art, junkyards, vacant lots and other epiphenomena of urban and suburban existence.

I don't doubt that some of these artists know the work of Picasso, or for that matter Michelangelo, but it's all a distant, dusty abstraction with almost no relevance to what they do or make. This cultural shift has enormous ramifications, but arguing about whether it's a good or bad thing is pointless. As Rose's film conclusively demonstrates, the 20-something white suburban refugees who hatched an art movement in his storefront hangout on then scummy (and since gentrified) Ludlow Street were not allowed to remain outside the mainstream, or to retain any semblance of revolutionary or oppositional power, for more than a historical fraction of a second. Whatever their intentions may have been -- and, hey, like anybody else they wanted some measure of success -- they rapidly became commodities, sucked up not just by the high-end gallery world but by the worlds of advertising, fashion and product design.

The release of "Beautiful Losers," for example, is being sponsored and promoted by Nike, for whom Rose, according to a recent press release, will help produce "22 Nike Dunk Hi shoes each telling a different part of the 'Beautiful Losers' story." (Rose now runs an art-billboard campaign in Los Angeles, also sponsored by Nike.) I almost want to let that fact slide by without comment and let it speak for itself. But then, what is it saying? That we live in an era of consumer capitalism that thrives on swallowing subcultures and barfing them back up again? Duh. That artists will take money from whoever's offering it? Double duh. That the cachet of hipness is itself a salable commodity for which marketers will pay a premium price? Quintuple duh. That getting an independent film distributed has become increasingly difficult, and major corporations are sensing an untapped marketing opportunity? OK, that one is actually news, although I sure don't know how to feel about it.

In fairness, some of the artists in "Beautiful Losers" express their discomfort with what has happened to them. Graphic designer, art director and filmmaker Mike Mills is the most articulate on this score -- comparing his enormous mainstream success to winning back the girlfriend who dumped him in high school -- but everyone in the film is clearly wrestling with some version of the same dilemma. Graffiti artist and painter Stephen Powers (aka ESPO), whose waterboarding-themed installation can now be seen at Brooklyn's Coney Island amusement park, says he has sworn off commercial work. Painter Jo Jackson and installation artist Barry McGee, in fairness, never did it in the first place. Whatever you make of the allegedly subversive content of their work, they come the closest to having old-school art careers.

California artists Thomas Campbell and Ed Templeton remain tied to the surfing and skating subcultures (respectively) in which they grew up, so whatever commercial ventures they pursue in those fields really can't be considered selling out. (Many of the artists in "Beautiful Losers" began on the West Coast and have returned there; I haven't heard the word "rad" used this much in the past 15 years.) While Harmony Korine, another Alleged scenester, recently returned to filmmaking with "Mister Lonely," he has done a lot of hard living and looks worse for wear, at age 35, than anyone else in the picture. Painter and muralist Margaret Kilgallen, arguably the most gifted artist in the group, died of cancer in 2001 without having to face the moral and ethical dilemmas of success.

There's a larger debate below the surface of "Beautiful Losers" that never quite comes out in the open, and let's just admit that it's too complicated for a movie review. It goes something like this: How much of himself or herself can an artist sell, and to whom, without being corrupted? And, especially for artists after Andy Warhol, is there any meaningful distinction among advertising, commercial art and fine art? I will stipulate that these questions yield no easy answers, but it still sticks in my craw to hear painter and graphic designer Geoff McFetridge -- who creates cheerful, semiabstract, post-pop images -- talk about how amazed he was to learn that advertising clients wanted work that he liked, images that were just like his gallery work.

His friends thought it was "rad" when McFetridge designed the Pepsi One ad campaign, he says; he'd really "put one over" on the Man, or something. Well, let's think about that for a second, Geoff. No, the advertisers didn't just want to buy your professional craftsmanship; that's for sale everywhere. They wanted to buy something only you could sell, and I guess the price was right. Now and for the rest of your life, you're an artist whose work will make people think, just for a second, about Pepsi-Cola. I guess that's rad, all right.

"Beautiful Losers" opens Friday at the IFC Center in New York, Aug. 29 at the Nuart Theatre in Los Angeles and Sept. 5 in San Francisco, with more cities to follow.

Beyond The Multiplex Movies San Francisco