After covering John Edwards -- and liking him -- for years, what I thought I knew about him was wrong. But reporters often misjudge candidates. 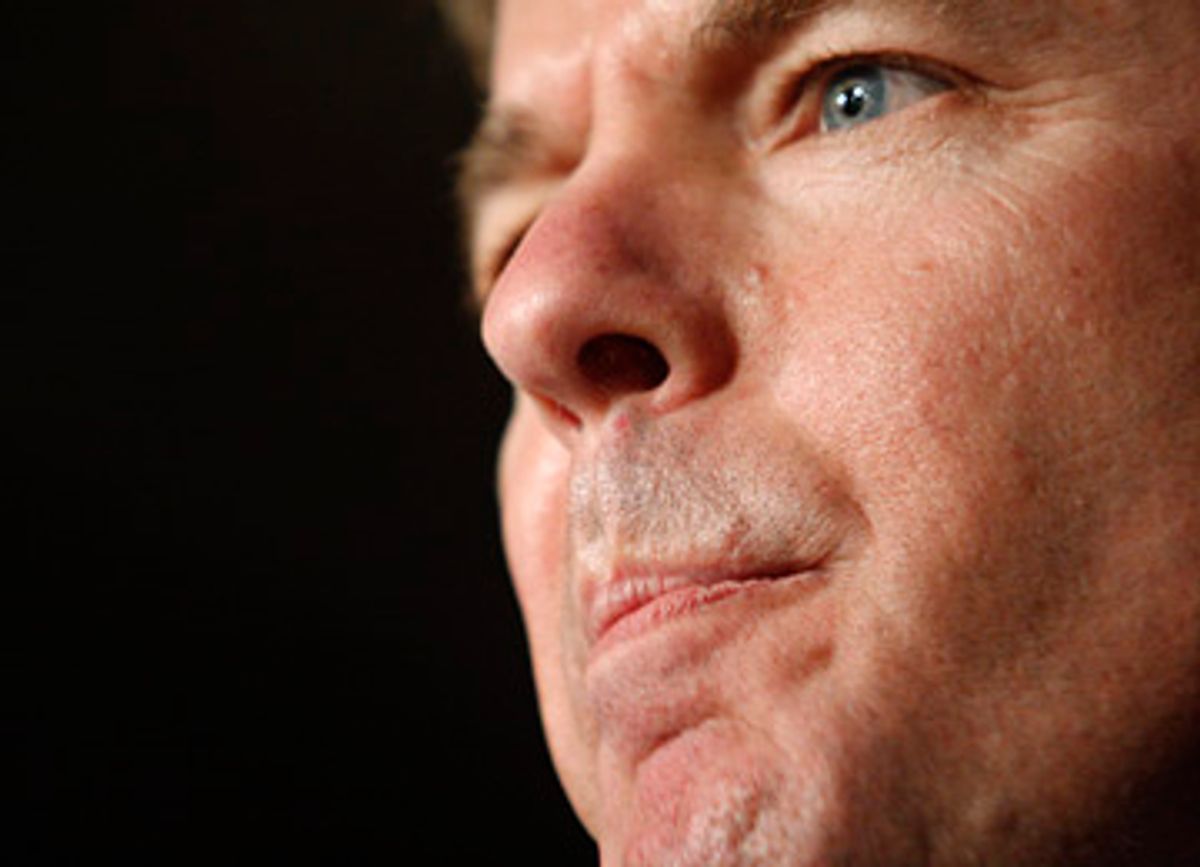 Late August is shaping up as a boom time for political profile writers. Two vice-presidential nominees will be plucked out of semi-obscurity, in all likelihood, and subjected to an instant-biography feeding frenzy. Fifth-grade teachers will brag about sensing a whiff of greatness, best friends will offer sanitized reminiscences of rollicking good times, searing moments of tragedy will be strip-mined for character insights, bygone political campaigns will be re-created and financial-disclosure forms will be scrutinized like the Enron balance sheet. And after all the V.P. profiles have been written, after all the TV interviews have been wrapped up, the press pack will probably have gotten it mostly wrong.

If this prediction seems too cynical, consider the star-crossed history of recent vice-presidential selections. During the second-banana rollout season in 2000, no writer captured the arrogant megalomania of Dick Cheney or envisioned that Joe Lieberman's hawkishness would eventually lead him right out of the Democratic Party. Instead, for the most part, Cheney was portrayed as a Republican "wise man" with a moderate Ford administration heritage that was deemed more relevant than his conservative congressional voting record. As for Lieberman, while there was indeed discussion of his moralistic streak and militant foreign-policy views, the dominant story line was the "only in America" miracle of an Orthodox Jew on a national ticket.

When John Kerry tapped John Edwards as his 2004 running mate, the son of a millworker was considered to have been fully vetted by the press scrutiny of his determined campaign to win the Democratic presidential nomination. Sure, Edwards was beholden to the trial lawyers who had bankrolled his campaign and cared a little too much about the coif of his hair, but he also boasted the best closing argument in politics and a storybook marriage to Elizabeth, which had been bolstered by the tragic sudden death of their teenage son. Reading about Edwards back then, it was impossible to imagine that he would ever destroy his political career through reckless behavior and shameless hypocrisy.

Five days after Edwards flat-lined on "Nightline," I am still embarrassed by how badly I misjudged him both in print and in my personal feelings.

Beginning with a trip to North Carolina in the spring of 2001 to scout this first-term Senate phenom, I chronicled his dogged pursuit of the presidency both as a newspaper columnist and for Salon, as well as making him (and Elizabeth) central figures in my book on the 2004 Democratic primary campaign. My wife (a magazine writer who developed her own friendship with Elizabeth) and I had several off-the-record dinners with the Edwardses, including an emotionally raw evening in Washington two weeks after the 9/11 attacks.

Without overstating these bonds, I naively believed that I knew Edwards as well as I understood anyone in the political center ring. Yet I never saw this sex scandal coming -- partly because I accepted the mythology that surrounded the Edwardses' marriage and partly because I assumed that any hint of a wandering eye would have come out during the 2004 campaign. But then Rielle Hunter and the National Enquirer brought us all into the real world.

I do not want to dwell long on the specifics of this modern-day no-love story. But even though some facts remain in dispute, at every moment when judgment was called for, Edwards made the wrong choice: 1) the entanglement itself; 2) putting Hunter on his political payroll; 3) believing that he could run for president without being exposed; 4) continuing his campaign after Elizabeth was diagnosed with terminal cancer; 5) lying to the press when the National Enquirer ran its initial story last fall; 6) being recently lured, by his own account, to a meeting with Hunter in her hotel room; and 7) attempting to salvage things by appearing on "Nightline" rather than issuing a truthful and rueful press release.

As a reporter covering my eighth presidential campaign, I am mostly interested in the journalistic lessons arising from my flawed character assessment of John Edwards. This was not a case of the Inside-the-Beltway Syndrome in which beloved Washington figures get every conceivable break from a sometimes gullible press corps. Edwards was always a bit of a political outsider (especially after he recast himself as the left-wing populist in the 2008 presidential field) and my affection for him was more idiosyncratic than reflective of press-bus groupthink.

If there is a moral here (other than the obvious truism about the danger of women who inspire Jay McInerney novels), it is about the need for humility when writing about a candidate's marriage, his religious beliefs and other deeply personal matters. There are things that reporters and readers simply cannot know for certain without empowering journalistic gumshoes to do bed checks. My mistake about John Edwards was believing all his public boasts about his nearly perfect marriage. I allowed myself to judge him through the prism of his union with Elizabeth when I would have reached a far different conclusion if I had gazed through the lens of his dalliance with Rielle Hunter.

Twenty-first-century Americans are not, for the most part, sexual prudes, as should be apparent from prime-time TV shows, polls and a persuasive array of anecdotal evidence. But we have created a political culture in which marriages are on the ballot in November. Michelle Obama's center-stage role on the opening night of the Democratic Convention is emblematic of this buy-one-get-one-free trend that began with Ronald and Nancy Reagan. FDR was a great president and Eleanor Roosevelt was a pioneering figure without either of them prattling endlessly about the idyllic state of their marriage.

If we stopped expecting would-be presidents to be paragons of marital fidelity and shining examples of religious faith in the public sphere, we would not set ourselves up for constant disappointment at human frailty. As for myself, having been gulled by a certain two-time presidential candidate, I can say with chagrin, "Johnny, I hardly knew ye."