The Coens' "Burn After Reading" sets critics ablaze; Chanel and Lennon, together at last? Plus, Soderbergh's Guevara opus finds a home (maybe). 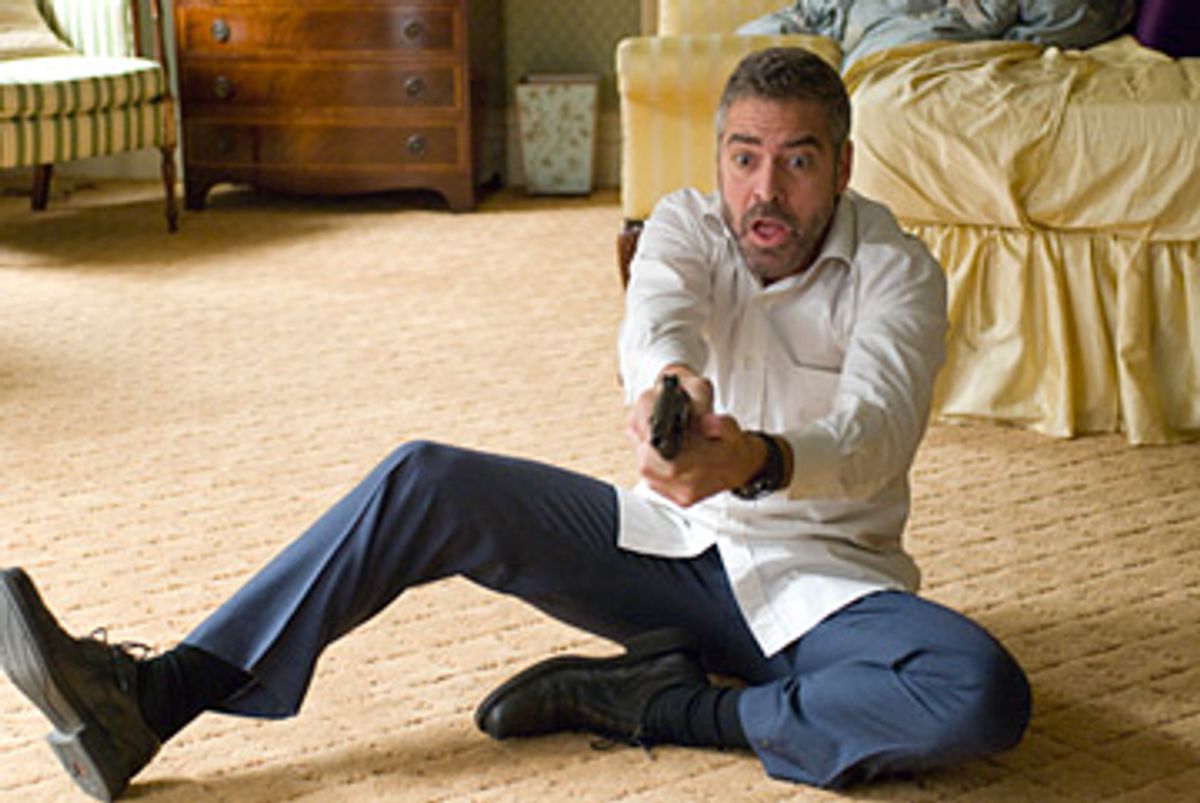 George Clooney in a scene from "Burn After Reading."

Yeah, I know, you've all been kind of busy with history-making moments and brilliant acceptance speeches and trying to figure out the mystery woman from Alaska. But somebody's got to pay attention to the important news, out at the insect-gnawed edges of the entertainment biz, and I guess that somebody's got to be me. As we turn the corner from summer into fall, here's the gritty reality you've been missing.

Joel and Ethan Coen's new "Burn After Reading," with a loaded cast including George Clooney, Brad Pitt, Frances McDormand and Tilda Swinton, premiered last week to open the Venice Film Festival. The Coens' follow-up to their world-conquering "No Country for Old Men" has already sparked furious debate. The Guardian's Ronald Bergan dubs it "Burn After Watching" and says it's "an old-fashioned juvenile farce" and "a dumb film about dumb people." Yowtch. Take a gander at the pileup of reviews at "GreenCine Daily, though, and you'll hear plenty of contrary views: In fact, another Guardian critic calls it a "tightly wound, slickly plotted spy comedy," while Screen Daily's scribe says it's a "beautifully produced mix of spy story, U.S. zeitgeist satire and relationship drama." Variety's influential Todd McCarthy paints a muddled-to-negative view: The cast acts like "cartoon characters" and the film "feels misjudged from the opening scene." (I'll be able to make up my own mind next week.)

With the Toronto International Film Festival set to launch right after Venice -- my colleague Stephanie Zacharek will be there -- Variety's Anne Thompson reports that Steven Soderbergh's four-hour, two-part "Che" is finally close to a U.S. distribution deal, which she hints will be with Mark Cuban and Todd Wagner's Magnolia Pictures, which could offer the film both in a limited theatrical release and via video on demand.

I don't precisely know why I'm excited by the news (also via Variety) that Audrey Tautou will play fashion icon Coco Chanel in an upcoming biopic. OK, I do know. It's not because Warner Bros. is financing the film in hopes of a "Vie en Rose"-style international hit, but it is because director Anne Fontaine ("Nathalie," "How I Killed My Father") is one of my fave-rave unknown French filmmakers. I don't think Fontaine could make a bad movie if she tried, and hopefully she won't try.

On the other hand, I'm less interested by the news (in the Hollywood Reporter and elsewhere) that a biopic about John Lennon's early years is also in the works, to be directed by British artist Sam Taylor-Wood and scripted by "Control" screenwriter Matt Greenhalgh. I guess we haven't exactly seen this story before, but how much more cinematic dissection can the lives and deaths of the Fab Four really handle? Neither Lennon's role nor that of his teenage buddy Paul has yet been cast.

If you've had enough of this hard news and want to get back to trivialities like the ongoing Iraq disaster or the question of who'll be leading the Free World (TM), Charles Ferguson's Oscar-nominated Iraq war documentary, "No End in Sight," now has its own YouTube channel, where it's available free through Nov. 5, not coincidentally, the day after Election Day. This marks the first time a "widely released feature film" will be streamed free of charge (and free of ads) on YouTube, but with the Internet's growing importance as an indie distribution platform, it won't be the last.