So much misery, so little time

Peter Trachtenberg took a tour around the world in his quest to understand why some people are crushed by suffering and others are transformed by it. 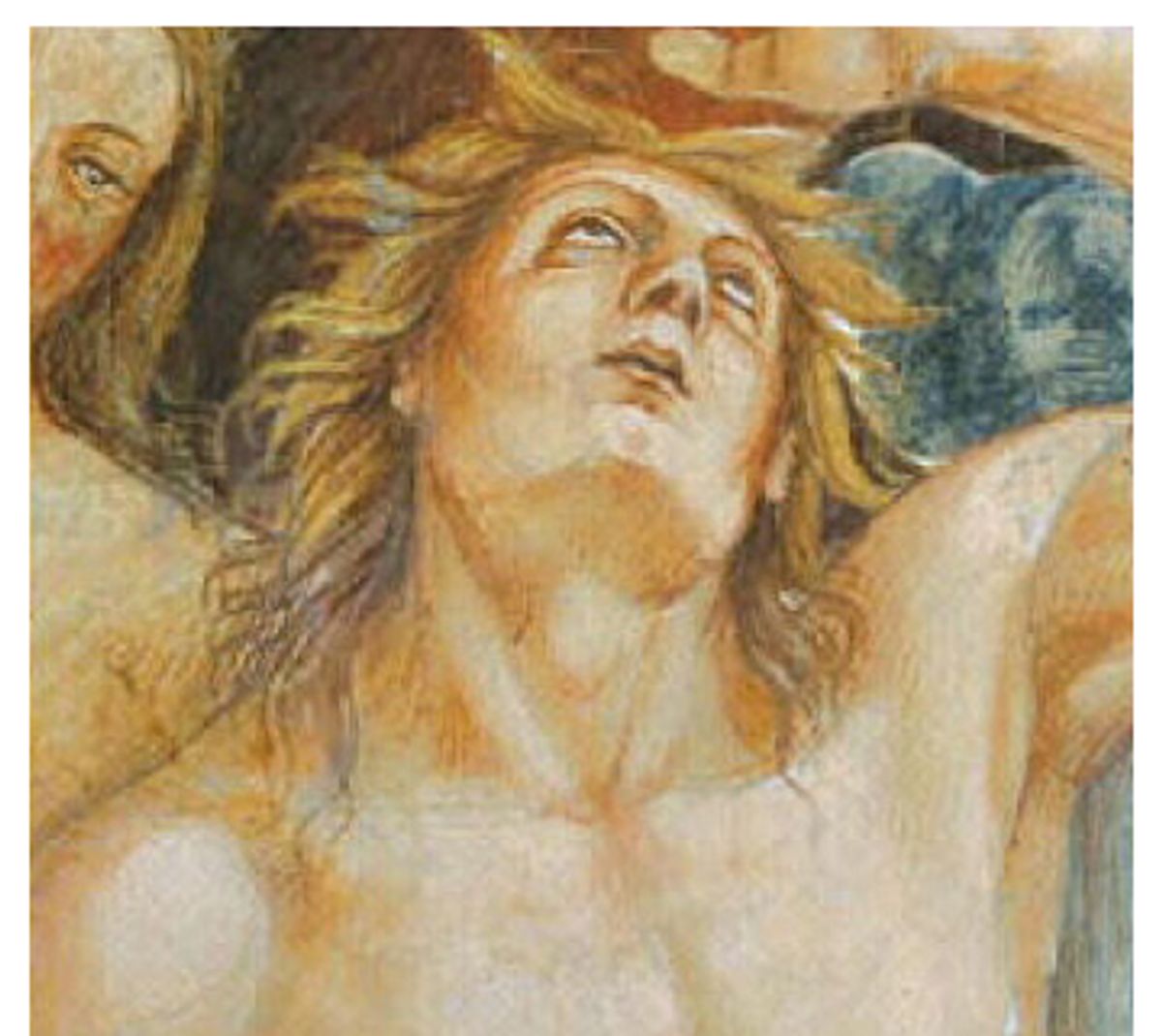 On Nov. 1, 1755, Catholics gathered across Lisbon, Portugal, to celebrate All Saints Day. Before they had finished Mass, a massive earthquake had brought the cathedral walls down on them. When the rubble was cleared, some 30,000 of the faithful lay dead. In the ensuing months, French clergy, seeking to reassure their own flocks, fell back on a tried-and-true explanation: Lisbon had been punished for its sins. This so enraged the great skeptic Voltaire that he wrote first a furious poem -- "O'er this ghastly chaos you would say/ The ills of each make up the good of all!" -- and then "Candide," a comic tale that lays waste to the notion of a benign universe.

Voltaire did at least have one thing in common with the clerics he loathed: He had been shocked into the contemplation of suffering. And it doesn't necessarily require an earthquake. For essayist Peter Trachtenberg, it was simply the experience of watching his friend Linda succumb to autoimmune disease and cancer. "She was good in all the ways I wasn't," he writes in his searching and often searing "The Book of Calamities." "She was temperate and loyal; she loved her family. She was good to me. It's quite likely that I owed her my life, though in all the years I knew her, she never reminded me of my debt to her."

For Trachtenberg, Linda's death brought to aching life the questions that have haunted philosophers and theologians for millenniums: Why do we suffer? What meaning does suffering have? Why are some people crushed by it and others enlarged?

Rather than ponder the subject from his armchair, Trachtenberg took himself on the road and became, in effect, a wandering minstrel of misery. He interviewed the parents of a man killed in the 9/11 attacks. He talked to a wrongly convicted death row convict and a Tibetan Buddhist nun tortured by the Chinese government. He walked the streets of Kolkata (formerly Calcutta). He visited the "tsunami orphans" of Sri Lanka. He traced the lingering wreckage of Hurricane Katrina. He covered the genocidal tribunals of Rwanda.

So much woe, so little time. And indeed, it would be tempting to see Trachtenberg as a literary ambulance chaser if his treatment of the subject weren't so humane and, at the same time, so unsentimental. There is nothing maudlin, for instance, in his portrayal of Kate and Kelly Daley, twin sisters afflicted with an excruciating skin disease that makes their days a living nightmare of blisters, open sores and maimed hands. He presents the details of their condition without flinching, but Trachtenberg is more swayed by their sassy, funny, sexy personalities -- the life force that burns most brightly as it's being snuffed out.

"The Book of Calamities" is a work of real moral intricacy. Trachtenberg shows all due compassion for the emotional wreckage of Vietnam vets, but he is alert to the one-upmanship campaigns some of them wage, trying to outdo each other's pain. "Suffering was their big thing," he writes, "their distinguished thing. For some of them it was the only thing, the only recognizable evidence of the sacrifice their country had ever acknowledged. If they didn't suffer, they might feel nothing. They might be nothing."

Nothingness, indeed, may be considered suffering's true endpoint. Nowhere is that more evident than in the Nazi death camps, where the combination of squalor, brutality and malnutrition could turn a prisoner into a so-called "Moslem," someone who, in the words of one Auschwitz survivor, "was giving up and was given up by his comrades, no longer had room in his consciousness for the contrasts good or bad, noble or base, intellectual or unintellectual. He was a staggering corpse, a bundle of physical functions in its last convulsions." From the Nazi perspective, the "Moslem" was, in some ways, the best possible outcome. As Trachtenberg writes: "What more apt a torture could one inflict on a people who worshipped consciousness than to cut it out of them like some rotting vestigial organ?"

And yet there were men and women in these camps who somehow held on to their consciousness. Victor Frankl, a Viennese psychologist and neurologist, survived three concentration camps but, in the same stretch, lost both his parents, his brother and his young wife. His response was not to subside into despair but to pay closer and closer attention to what was going on about him and, even more particularly, inside him. (Undoubtedly, his clinical training was an asset in this work.) He mentally reconstructed a lost manuscript. He held imaginary conversations with his wife. He dwelt on fugitive pleasures: an extra helping of peas in that day's soup ration, a passing glimpse of sunset. The simple act of observation became for him "an act of survival."

Any book on suffering, if it's worth its salt, will cause suffering in the reader. The accounts of Rwandan genocide are particularly harrowing, and as a parent who regularly agonizes over his kids' vulnerability, I found it virtually impossible to relive Andrea Yates' methodical drowning of her children. Wisely, Trachtenberg leavens his reportage with excerpts of classical texts: the Bablyonian "Epic of Gilgamesh," the "Consolation of Boethius" and -- naturally -- the Book of Job, a portrait of "limitless power unconstrained by justice, as indifferent to human wishes as an earthquake, yet drawn to assert itself among men." Trachtenberg's readings are uniformly sensitive, and he draws connections between life and art -- between, say, Yates' retreat into psychosis and Oedipus' retreat into blindness -- that are both surprising and unforced.

And yet what Trachtenberg's book underscores is how stubbornly our suffering resists narrative shaping. "If suffering is about anything," he writes, "it's about chaos, or the experience of chaos, the path chaos cleaves in the mind." A Tutsi woman recalls the night her home was invaded: "Somebody tried to beat the door down. My son, who was sitting in the living room, they caught him. Then they tried to cut off the lights, the electricity ... They began to take things out of the house. They broke things. My grandfather said, 'Run for your lives!' He yelled, yelled, yelled. But ... they killed my son. Later we heard noises ..." No one could possibly read this as a chronological account. It is, rather, a cluster of terrors, refusing to resolve.

In old movies, of course, people suffered in high-minded ways: a trembling chin, a tragic gaze. The reality is a good deal messier, and we do victims a grave disservice, Trachtenberg argues, by pretending otherwise. "We have to give up the stories we tell about suffering and sufferers, all the occluding narratives of sin and dysfunction, drunkenness and sloth, redemption and damnation." Don't expect Trachtenberg, in other words, to replace the old theodicies with new ones. "Suffering," he writes, "is as common as death, and like death, it resists all attempts to explain it."

What are we left with then? Only an injunction to bear witness. A particularly hard task for Americans, Trachtenberg writes, because "we live in a country whose politics and culture sometimes resemble a vast machine designed to destroy the inevitability of suffering ... Our public policies amount to a symbolic exorcism in which crime, illness, and ignorance are drawn out of the general population and projected into the Gadarene herds of the poor, the black and colored poor especially."

Trachtenberg has written a beautiful and unsettling book, but I wish he had stayed off this particular soap box, because the impulse to shield ourselves from others' suffering cannot simply be an American failing. What, in fact, could be more universal?

A week before he killed himself, my friend Pat met me for lunch. Halfway through the meal, he looked up from his burger and said, "I'm already afraid you're going to leave." I reassured him as best I could, but ultimately, I did leave -- life couldn't be put off -- and when I look back, I can see what a relief it was to go. His pain in that moment was more than I could bear. And ultimately more than he could bear.

Every suicide leaves in its wake a group of numbed people wondering what they could have done. Me, I keep asking: Why didn't I stay at that table just a little longer? Why did the act of witnessing his suffering seem like the hardest thing in the world?