Forget Guy! Forget A-Rod! All the reasons why the Material Girl and I should be together are made clear in "Filth and Wisdom," her likable, trivial directing debut. 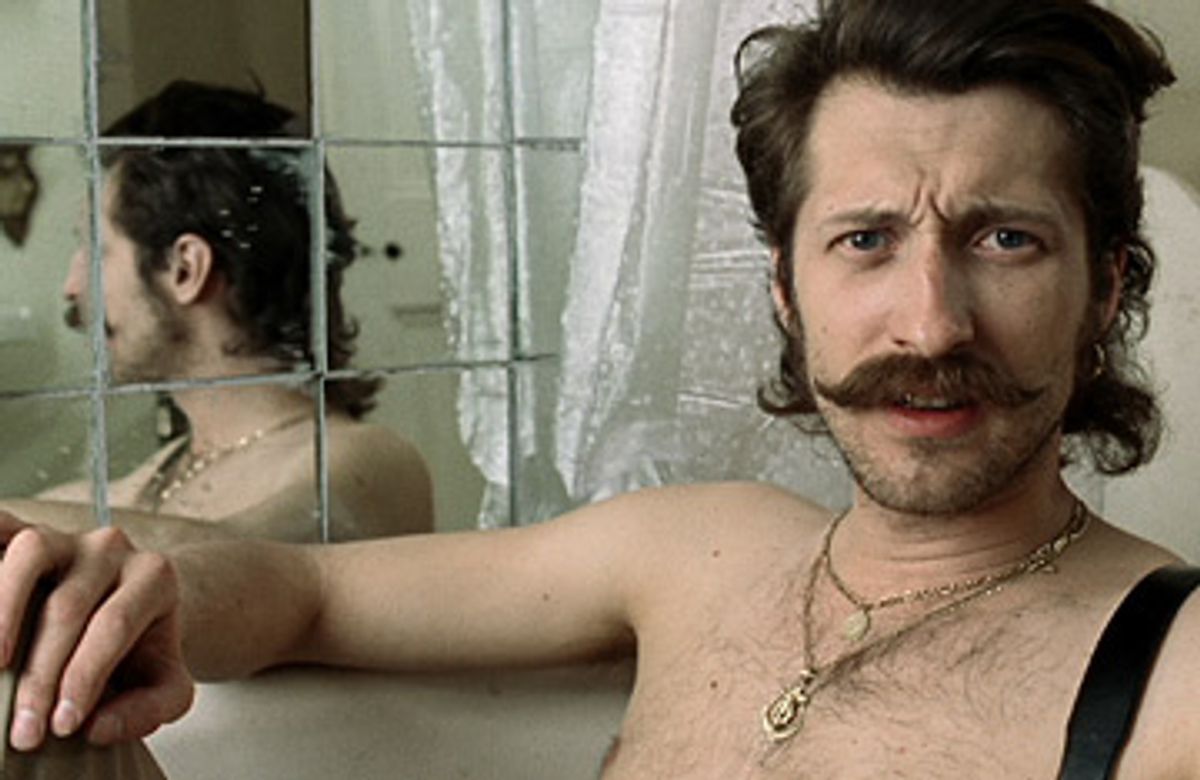 Eugene Hutz in "Filth and Wisdom."

Was it just coincidence that I saw Madonna's directing debut, the whimsical, lightweight alt-culture odyssey "Filth and Wisdom,"on the same morning that Mrs. Ritchie and her husband (finally) announced their separation? Or was it ... destiny? Was it further proof that after all these years of mutual yearning, Madonna and I will finally be united?

OK, there are obstacles: I'm married, have non-Malawian children of my own and am pretty content with the whole thing. I'm much too old for Madonna -- that is, I'm only a little younger than she is. (Zing! I'm here every Thursday. The baked ziti is unbelievable.) If forced to compete for Madonna's hand with Alex Rodriguez -- who of course had nothing to do with the demise of her marriage, I will concede that he is younger, better looking, in godlike physical condition and possessed of such gravity-defying wealth that he could buy up my apartment, my building, my entire street and about a square mile of surrounding real estate and then have it shipped to Mars and reassembled brick by brick.

But that's not everything, no it isn't. Does A-Rod possess the spiritual and/or aesthetic wealth that Madonna and I share? I say nay. He may not, for instance, recognize the precise odor of hipster familiarity surrounding "Filth and Wisdom," which seems like a movie Jim Jarmusch might have started in 1991 and then abandoned because it wasn't going anywhere. "Filth and Wisdom" isn't laughable or embarrassing; instead it's rather sweet and 100 percent recycled, which might not be a bad way of describing its creator at this vulnerable time in her personal and professional life. It's a little bit "Sammy and Rosie Get Laid," a little bit John Waters, a little bit Darren Aronofsky, a little bit (God help us) "Desperately Seeking Susan." It's dumb. I sort of liked it.

There's an all-in-good-fun tone about "Filth and Wisdom" (which was written by Madonna and Dan Cadan) that means it never becomes actively disagreeable, although Madonna may not be as much in control of its jokiness, or its wistfulness, as she thinks she is. It strikes me as an imagined version of what her life used to be like, or what it could have been like if "Holiday" hadn't become a hit and she'd gone on being the sort of gal who might move to London and have a mustachioed Ukrainian poet-cum-rock star (Eugene Hutz), a waifish ballerina-cum-stripper (Holly Weston) and a drug-addicted, androgynous pharmacist (Vicky McClure) as roommates.

A.K., Hutz's maxim-spouting poet ("In my country, we have a saying ...") narrates the film, although what his quasi-mordant ruminations about a life of virtue and a life of sin have to do with the modest soap-opera plot is none too clear. He makes a living by wearing a military uniform and forcing married businessmen to lick his boots -- a guy's gotta do what a guy's gotta do -- but quietly yearns for the ballerina, who's earnestly taking pole-dancing lessons from the hard-boiled, studio-tanned Francine (Francesca Kingdon). Juliette, the pharmacist, is the lust object of her married Indian boss (Inder Manocha), but she cares only about the starving children of Africa. And about drugs.

Throw in a blind, gay professor (Richard E. Grant), an Edna Turnblad-esque jilted wife (Hannah Walters) and a closing gig by A.K.'s band that brings all the characters into one nightclub, and you've got, well, what exactly? A charming but silly love letter to a vanished era of urban bohemia? A not-so-coded love letter to a certain middle-aged indie-film critic? It comes to the same thing in the end.

"Filth and Wisdom" opens Oct. 17 at the IFC Center in New York. Other cities may follow.