The last debate was John McCain's last chance to change the dynamic of the campaign. If he did change anything, he probably made it worse for himself. 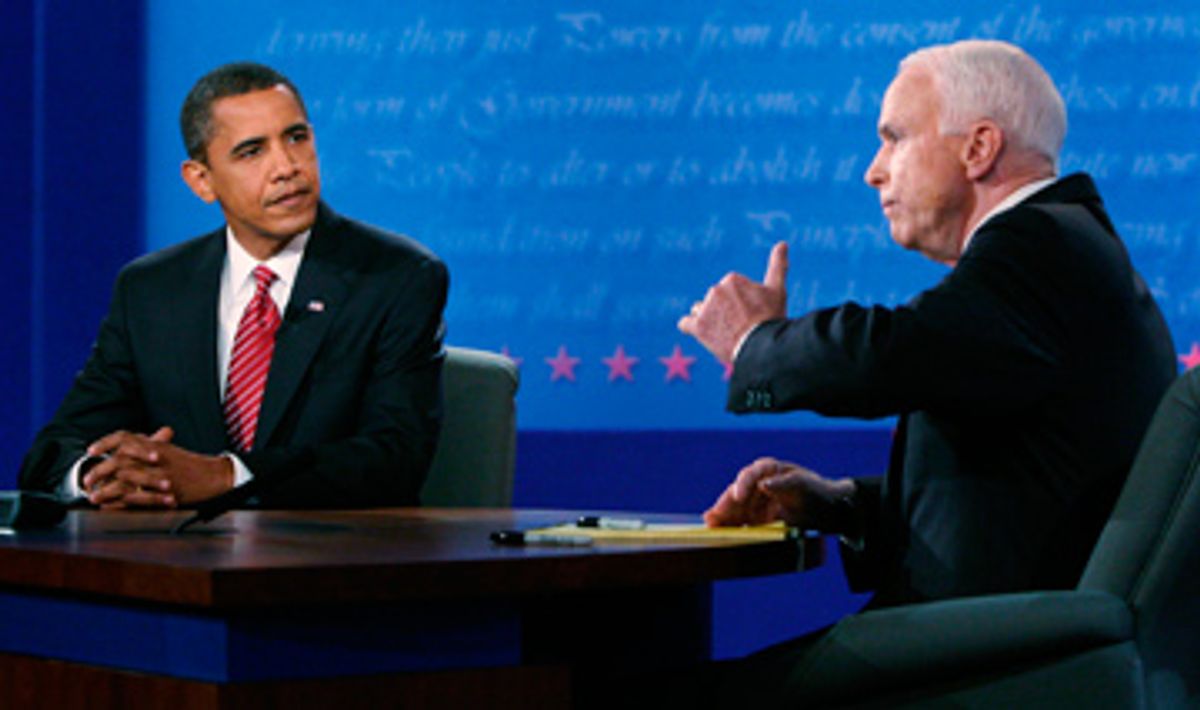 This was John McCain's last chance to change the dynamic of the election, to reverse his slide and slow Barack Obama's momentum. He blew it.

The pundits called each of the first two debates a tie, which -- given how the polls were shifting -- favored Obama. (Surveys later showed voters thought Obama won them both.) This time around, McCain might be glad to settle for a draw. If anything changed tonight, it probably only made things worse for the Republican. We finally found out which John McCain would show up for the debate: an angry, unsettled one who's obviously frustrated that he's losing to a man he doesn't respect much. It's hard not to think McCain lost ground. Just one example: By the end of the night, McCain may have finally proved his antichoice bona fides to activists who never trusted him on abortion. But in order to do it, he had to pick a fight over whether abortion laws left too much leeway for exemptions for the health of pregnant women, and he started referring to pro-choice positions as "pro-abortion." It may not have been the best way to try to close the gender gap.

McCain lectured Obama, snapped at him, rolled his eyes, interrupted him and -- at one point near the end -- snorted at him. Obama -- as he has through all three debates -- sounded relaxed and mostly refused to rise to any of McCain's bait. There are 19 days left in the election, but if tonight's debate was any indication of where things are heading, you might not be surprised by the results on Nov. 4.