Inside the N.Y.-based indie awards, where we nominated "Ballast," "The Visitor," "Synecdoche," "The Wrestler" and a bunch of films nobody has ever seen. 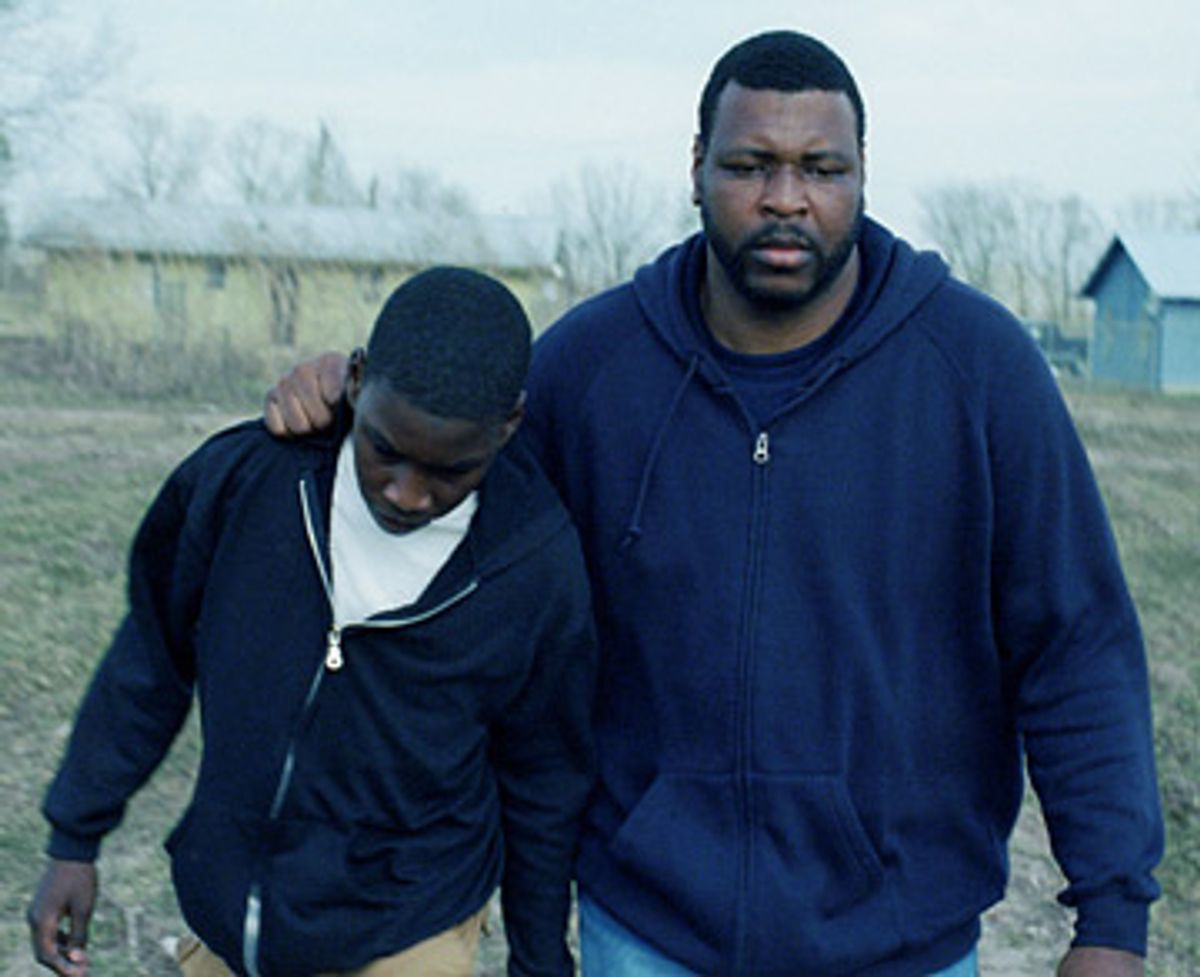 Monday's announcement of the Gotham Award nominees, the semiofficial starter's pistol for awards season -- I know, that's frightening news -- confirms my sense that it has been a strong year for American independent film but not such a strong one for American independent film audiences. Beyond Tom McCarthy's box-office-ariffic "The Visitor," which has earned an impressive $9.4 million, there aren't a lot of movies on the list that have ventured beyond a few screens in a few big cities. Lance Hammer's slice of ultra-indie Mississippi Delta light, "Ballast," heads the list with four Gotham nominations -- and has thus far played at one theater in New York, with underwhelming results.

Of course that should not and does not matter. Calling attention to unsung movies is a major reason why the Gothams exist. They're the most indie-focused and New York-centric of all the film awards, and in fact they've been rechristened the Gotham Independent Film Awards this year, picking up the adjective that the Spirit Awards dropped in '06. Then again, if as-yet-unreleased nominees like Charlie Kaufman's directing debut "Synecdoche, New York" and Darren Aronofsky's Mickey Rourke resurrection vehicle "The Wrestler" turn out to be big hits (and they very well may), let's just forget this conversation.

Let's forget it anyway. For the second straight year I served on a Gothams nominating committee (winnowing down selections for the breakthrough director and breakthrough actor categories), and while the group dynamics of the selection process were fascinating, I can assure you that commercial calculus played no role in it.

More on that in a few clicks, but here are the headlines: "Synecdoche," "The Visitor" and "The Wrestler" were all nominated for best feature, along with a double dose of American neorealism, "Ballast" and Courtney Hunt's "Frozen River." Three of those nominees are first-time directors, but intriguingly enough only one of those debut films ("Ballast") also got a nod from our breakthrough director panel. Personally, I favored nominating Kaufman for that award -- his film is an amazing, skin-crawling, agonizing experience, not quite like anything you've ever seen -- but I could certainly see the argument that his "breakthrough" came a long time ago, even if he has never directed a movie before.

This year's documentary nominees are an outstanding group; even as the documentary audience has shrunk back to its modest pre-Michael Moore levels, filmmakers are still pushing the form. Werner Herzog's Antarctica-apocalypse doc "Encounters at the End of the World," arguably the most urgent and important film released in 2008, ought to be Oscar-bound. Other nominees include "Chris & Don: A Love Story," James Marsh's "Man on Wire" (a personal fave of mine), "Roman Polanski: Wanted & Desired" (which has played festivals and HBO) and the profoundly moving surviving-Katrina film "Trouble the Water," another nearly certain Oscar nominee.

Nods for ensemble performance went to the nonprofessional cast of Hammer's "Ballast," who were largely recruited from the film's rural Mississippi locations, along with the more actorly casts of "The Visitor," "Synecdoche, New York," Woody Allen's "Vicky Cristina Barcelona" and Jonathan Demme's "Rachel Getting Married." Purely for its size and mind-bending complexity, the cast of "Synecdoche" -- Philip Seymour Hoffman, Samantha Morton, Michelle Williams, Catherine Keener, Emily Watson, Dianne Wiest, Jennifer Jason Leigh, Hope Davis and Tom Noonan, with some of those actors playing actors who are playing the roles of other characters ... forget it, I can't explain it -- needs to win something from somebody.

In selecting the breakthrough director category, I think the good news and the bad news are the same thing: We didn't settle for easy or obvious compromises. No one on our panel disliked the Sundance Grand Jury Prize-winning "Frozen River," for instance, but nobody felt passionate about it either, and we ended up passing it over, along with "Synecdoche," for reasons already explained. Instead, we nominated Hammer for "Ballast," Antonio Campos for his as-yet-undistributed Generation YouTube drama "Afterschool" (it has played the Cannes and New York festivals), Dennis Dortch for his erotic anthology film "A Good Day to Be Black & Sexy," Barry Jenkins for his rueful San Francisco romance "Medicine for Melancholy" and Alex Rivera for the post-"Matrix," post-NAFTA science-fiction drama "Sleep Dealer."

If you've never heard of those last three pictures, you're not alone. "Good Day" and "Sleep Dealer" played at Sundance and "Medicine for Melancholy" played at South by Southwest, but none of them will be released before early 2009. In my not-so-humble view, they're all exciting and highly flawed films, well worth checking out and talking about, and in due course I hope we'll get to do that.

Selecting the breakthrough actor nominees was a lot easier. (The category doesn't necessarily mean an actor's first film role; it's more subjective than that.) We rapidly agreed on Pedro Castaneda, the tow-truck driver turned star of Chris Eska's low-budget Texas drama "August Evening"; Alejandro Polanco, the child star of Ramin Bahrani's "Chop Shop" (and why that wasn't nominated for best feature I do not know); Rosemarie DeWitt of "Rachel Getting Married" and Rebecca Hall of "Vicky Cristina Barcelona." After that we debated between Melissa Leo's tormented-mom role in "Frozen River" and Micheal J. Smith Sr.'s tormented-uncle role in "Ballast," and finally decided that choosing between an industry veteran who proved she could carry a film and a charismatic guy who'd never acted before was fundamentally unfair. So we stretched the category to six nominees and took them both.

In the Gothams' "Best Film Not Playing at a Theater Near You" category, Campos' "Afterschool" and Nina Paley's lovely animated film "Sita Sings the Blues" are the only nominees I've seen. The others are Taylor Greeson's "Meadowlark," Tom Quinn's "The New Year Parade" and Jake Mahaffy's "Wellness." The problem with that category, of course, is that it's either redundant or axiomatic, depending on how you want to look at it. You can't see those movies because they don't have theatrical distributors, but if you don't live within commuting distance of Manhattan, west L.A., Chicago or San Francisco, you'll never be able to see more than one or two of the Gotham nominees in a theater anyway. If you want to catch them, you'll do it on DVD, on your computer or on cable TV. That, to put it mildly, is another story.