What is happening to GOP electoral tactics?

Standard GOP patriotism tropes are failing to resonate and are actually backfiring. Why? 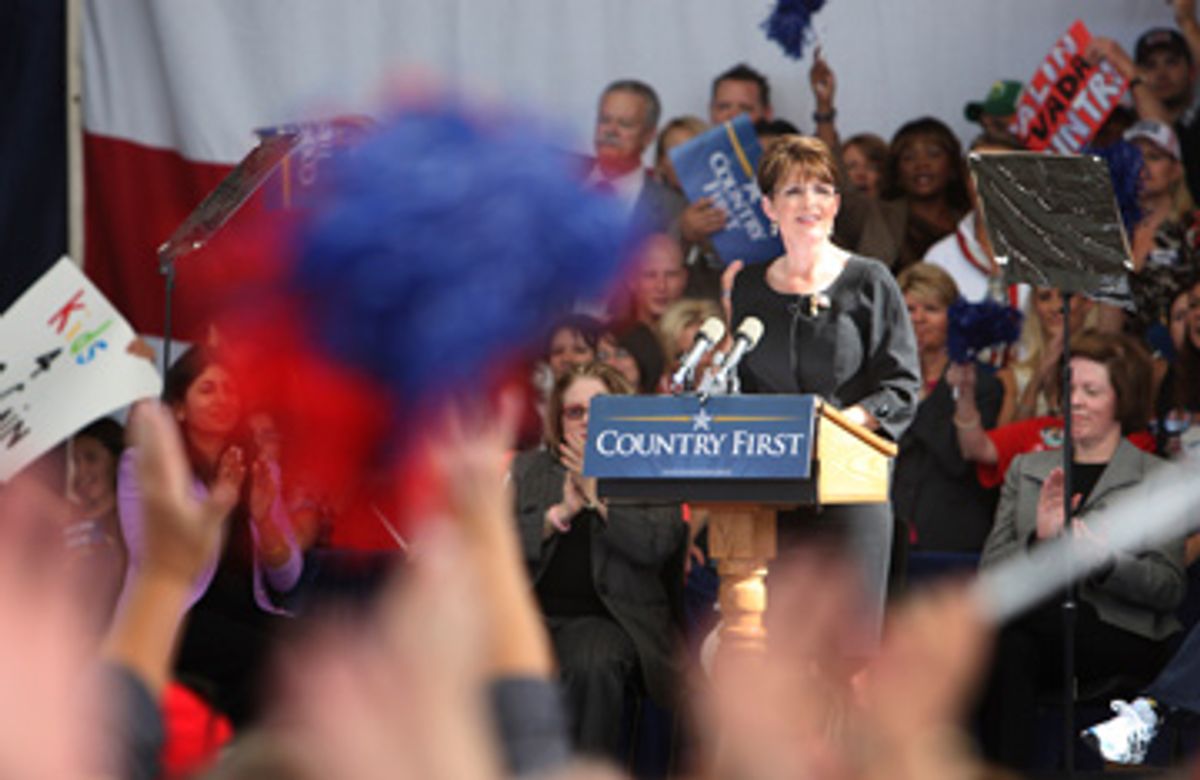 Liberals hate real Americans that work and achieve and believe in God.

Hayes spokeswoman, Amanda Little, says that Hayes absolutely denies making the comments that appear in the Observer article. She noted that other national reporters were at the event and didn’t pick up on what the Observer reported. […]

Hayes spokeswoman Little is still denying it and accuses The Crypt of “irresponsible journalism.”

Rep. Hayes, yesterday, after an audio recording of his comments surfaced:

I genuinely did not recall making the statement and, after reading it, there is no doubt that it came out completely the wrong way. I actually was trying to work to keep the crowd as respectful as possible, so this is definitely not what I intended.

We believe that the best of America is in these small towns that we get to visit, and in these wonderful little pockets of what I call the real America, being here with all of you hard working very patriotic, um, very, um, pro-America areas of this great nation.

I certainly don’t want that interpreted as one area being more patriotic or more American than another. If that’s the way it has come across, I apologize.

MATTHEWS: So you believe that Barack Obama may have anti- American views.

REP. BACHMANN: Absolutely. I'm very concerned that he may have anti-American views. That's what the American people are concerned about. . . .

HOST: You do feel his [Obama’s] views are anti-American?

BACHMANN: I feel his views are concerning. I’m calling on the media to investigate them. I’m not saying that his views are anti-American. That was a misreading of what I said. And so I don’t believe that’s my position.

There's clearly something interesting -- and different -- happening here.  It's not that right-wing politicians are accusing liberals and Democrats of being unpatriotic, anti-American subversives.  There's nothing new about that.  To the contrary, that McCarthyite accusation has virtually been a central plank -- one could say the defining plank -- in the GOP platform for the last three decades, at least.

What's different -- markedly so -- is that once they do it, they feel compelled to backtrack, deny they said it or meant it, rescind it, and -- in the case of Palin -- actually "apologize" for it.   In the last eight years, George Bush has apologized a grand total of twice for things he did (for Abu Grahib and when he demanded that a blind reporter remove his sunglasses -- and he only acknowledged personal responsibility in the latter case) and Dick Cheney once (when he joked about inbreeding in West Virginia).  Apologies in general are viewed as marks of weakness on the Right and are extremely rare; but in particular, the idea that any of them would apologize for insulting liberals or impugning their patriotism is simply unfathomable.

Yet in a period of one week, that's what all three of these right-wing candidates have done -- quite abjectly.  Clearly, the standard right-wing electoral tactics simply aren't working this year.  As Markos Moulitsas wrote yesterday about the Hayes and Bachmann episodes:  "Republicans are starting to learn that it's politically perilous to accuse Democrats of being un-American. It wasn't long ago that they were all spreading this bullshit. Today, when they're caught doing so they fervently deny it and hope they can get away with it."

Polls are now clearly showing Obama with an ever-widening lead, a lead that has grown  -- not diminished -- as GOP character and patriotism attacks have intensified.  Zogby -- who, as recently as last week, was Drudge's favorite pollster because he had the most pro-McCain results -- said this today:

These numbers, if they hold, are blowout numbers. They fit the 1980 model with Reagan's victory over Carter -- but they are happening 12 days before Reagan blasted ahead. If Obama wins like this we can be talking not only victory but realignment.

This potential to drown the Republican Party is even more pronounced on the Congressional level.  There are literally only a small -- and ever-diminishing -- number of incumbent GOP members of Congress whose seats are now safe.  Most Republicans who can be removed from power in two weeks are scared.  They know their standard, toxic tactics that have worked for so long aren't working now and are even backfiring.  That's why they're apologizing for and attempting to deny these accusations when they come tumbling out of their mouths.

By why are those tactics suddenly not working?  If anything, one could have expected that equating Democrats with anti-American, vaguely foreign, radical subversion would have been more potent this year than any other -- given that the Democratic presidential nominee is a previously unknown, black politician from Chicago with a mixed African and Arab name, a portion of his childhood in Indonesia, and substantial parts of even his immediate family still in Kenya to this day.  But that line of attack has gotten Republicans nowhere -- other than sinking further into the mud of defeat.

There are numerous reasons one could cite, none entirely satisfying on their own: High levels of economic insecurity -- and an intense belief that the country is fundamentally off course -- have made voters immune to ancillary character attacks.  The GOP has been ceaselessly deploying these character-smearing techniques for decades, rendering them stale, overused and drenched with the stench of past-era obsolescence.  The country has so turned against George Bush and his party that nothing they say can resonate.  Voter demographics are changing, with voters becoming younger and more diverse and less vested in GOP patriotism iconography.  The Obama campaign has been far more adept at aggressively engaging these attacks, rather than merely defensively denying them as past campaigns have done.  The combination of an angry McCain and an unapologetically extremist Palin makes those attacks more difficult to soften.

Perhaps most significantly of all, the views typically attributed to Democrats and liberals to justify the "unpatriotic" and "radical" labels -- particularly those in national security -- are now views shared by the majority of Americans.  I thought one of the most illustrative moments of the campaign was when Sarah Palin, in her debate with Joe Biden, snidely accused Obama of wanting to wave the "white flag of surrender in Iraq."  That taunt -- an old, reliable favorite GOP trope -- fell flat on its face.  How do you convince Americans that Democrats are weak, America-hating radicals by virtue of views which a majority of Americans themselves embrace?

We're gradually seeing not only the demise of the right-wing faction that has dominated the Republican Party for decades, but also the death of their ugliest and most toxic tactics.   When numerous right-wing figures crawl across one's television set desperately denying and abjectly apologizing for attacks on the patriotism of Democrats and liberals, that is potent evidence that, at least as a matter of political rhetoric, a genuine sea-change is taking place.