Midrange gifts for the culture vulture 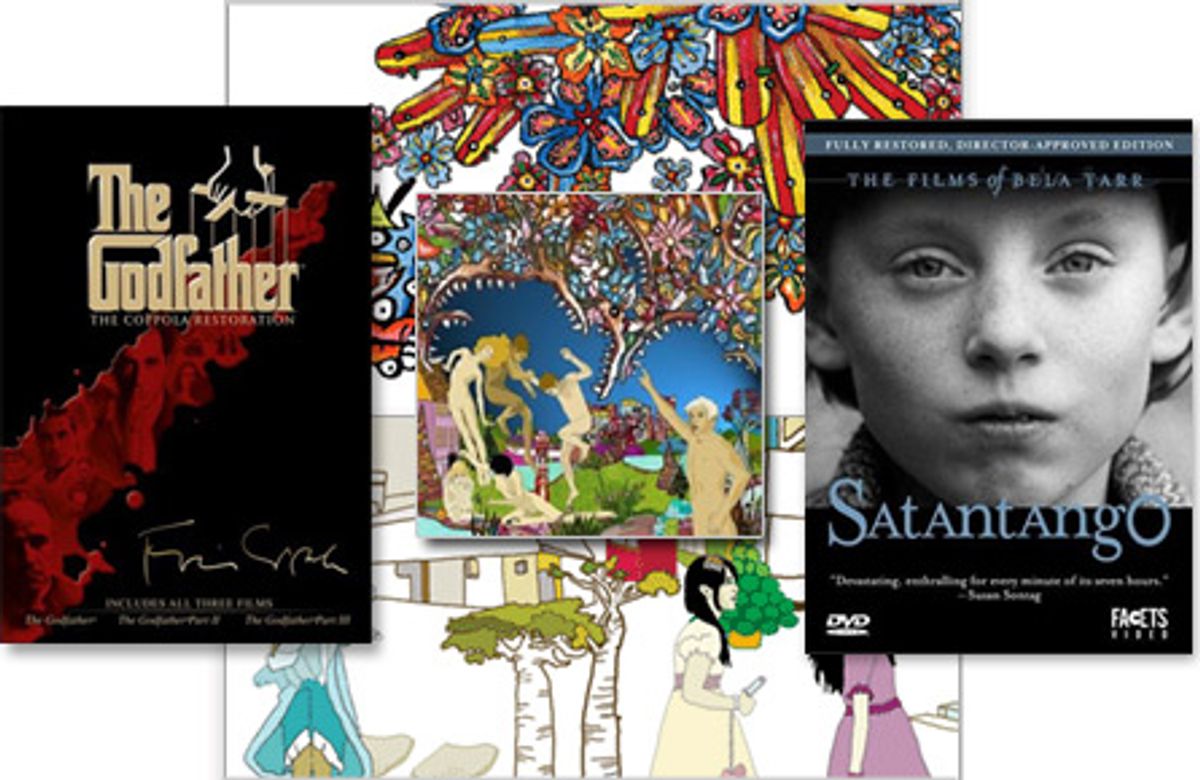 If there's one single gotta-get for every movie buff this holiday season, it's "The Godfather: The Coppola Restoration" ($49.99), new on DVD and Blu-ray from Paramount. Film history's greatest crime saga has had a checkered career on home video, but this new version of all three films, personally supervised by Francis Coppola, is definitive. For the first time, "The Godfather" and "The Godfather Part II" on disc have the darker, richer color scheme and visible cinematic grain that early-'70s moviegoers saw on the big screen. (And for the first time ever, anywhere, they have 5.1 digital surround sound.) Includes all the DVD special features of earlier versions, plus a fascinating doc on the meticulous restoration.

Sometimes a a CD just isn't enough. The celebrated indie band Of Montreal wants to provide an immersive environment for their new music: They have created two sets of "Skeletal Lamping" wall decals ($40 each), which will turn any room into an ultravivid wonderland. Also part of the package is a downloadable copy of the new CD, also called "Skeletal Lamping."

It's just possible that a seven-hour Hungarian film in black-and-white will sell slightly fewer copies on DVD than "Knocked Up" or "The Dark Knight," but for the Tarkovsky-Bergman cinephile set, no 2008 release can touch Facets Video's four-disc restoration of Bela Tarr's 1994 masterpiece "Satantango" ($71.99).  Sure it's immensely long compared to any ordinary movie, but this hypnotic fable about a boggy, half-abandoned post-communist agricultural village invaded by a Christ-like con man, told via Tarr's amazing extended takes, has too much melancholy gorgeousness to be boring (and one could say it owes its plot a little, or a lot, to "The Music Man"). Two other things you need to know: The cat doesn't really get killed (Tarr himself took it home as a pet), and the set also includes Tarr's version of "Macbeth" for Hungarian TV told in -- count 'em -- two shots.