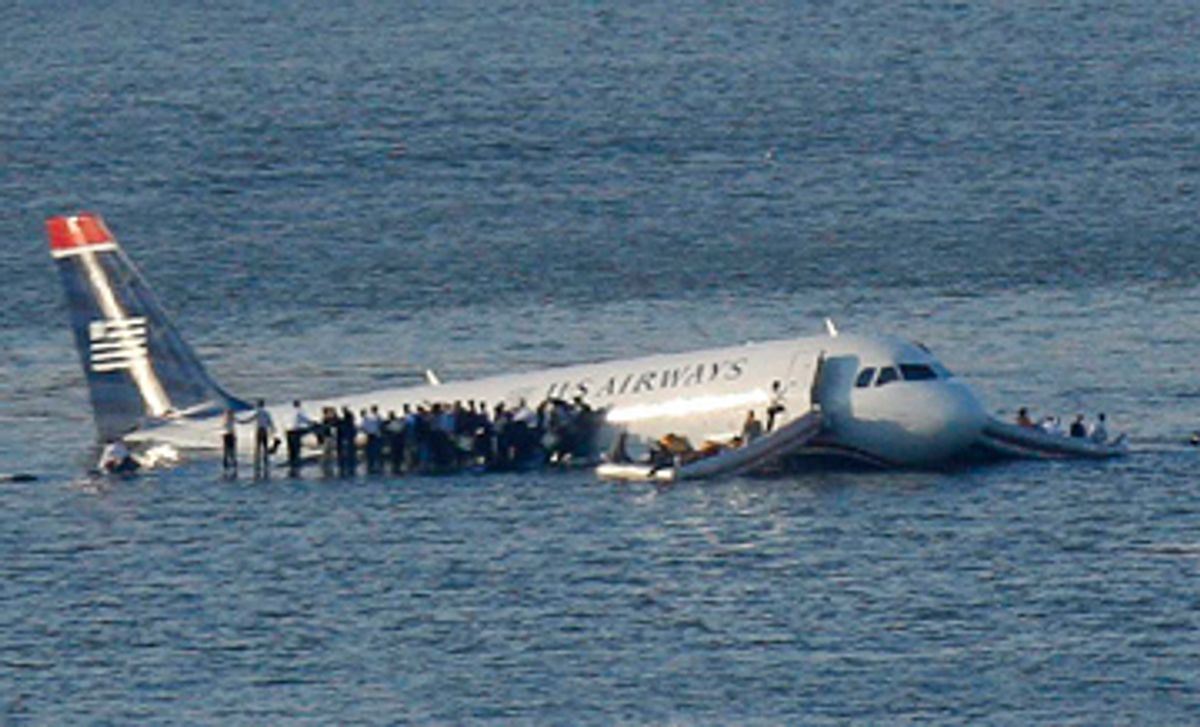 "I remember a quote, though I can't recall the exact words, or who the speaker was, basically submitting that human beings will only be as kind or respectful to each other as they are kind and respectful to animals and nature."

That was me, a couple of months ago, in my column from Senegal about the slum and the hedgehog. I belatedly tracked down the quotation I was thinking of. The speaker is hardly obscure. "The greatness of a nation and its moral progress," the quote goes, "can be judged by the way its animals are treated." That's from Mohandas Gandhi. Various like sentiments are cataloged here.

I was back in Senegal recently. There I met up with Mustafa M'Baye, the freelance tour guide who had taken me to that awful slum on the outskirts of the capital. The last Mustafa saw of me, I was headed to my room at the Sofitel with an injured hedgehog concealed in a bag. Through e-mail, he had been asking about the status of the "somall anamil."

I lied. I told him that the hedgehog had survived -- that it had regained its strength and that I'd released it in a field near the hotel. I lied because it was easier. And because I wished it had been so. And because I didn't want to dwell again on the poor animal's death and all the other unsavory things I had seen that day. And also, maybe, to save face, because I suspect that Mustafa saw me as a fool for trying to save the creature in the first place.

On a slightly different note, have a look at this photograph. It was taken on an oceanside road behind the Sofitel there in Dakar. "Obama and Biden," says the oversize spray paint, "The New World Bilders [sic]." The picture was taken about two days after the election. Such a sentiment wouldn't have surprised me so much in, say, Anglophonic Ghana or, for obvious reasons, in Kenya. But in French West Africa? The next evening at the Dakar airport, three men begged me to give them the "Obama '08" campaign pin I was wearing on my lapel. Without reading too much into it, are things like this symptomatic, maybe, of a sudden and renewed respect for the United States? Heaven knows we could use it.

My thoughts on the seediness of the Dakar airport have been given their due in this column, but what about an African airport that is actually welcoming? That'd be Kotoka International in Accra, Ghana. It's clean, efficient and relatively spacious. And check out the colorful murals and soccer balls that adorn Kotoka's arrivals hall -- a flourish of local character sorely lacking at most airports.

Switching continents, what would your expectations be of the airport in Georgetown, Guyana? Well, whatever you're picturing, it's probably not this.

What you can't see in the photo from Guyana is the smartly dressed ground staff that greets each arrival. From the baggage handlers to the caterers to the fuelers, everybody there is friendly, prompt and professional. This is hardly exclusive to Guyana. It always amazes me how professional the ground workers are at airports outside the United States, even in poor countries. They are often neatly uniformed, and in some cities will stand in formation as the airplane pulls in. Heck, in Japan it's traditional for the workers, clad in jumpsuits and hard hats, to bow to departing flights.

The equipment used at foreign airports -- the carts and tugs and cargo loaders -- also tends to be in much better condition than our own. Don't get me wrong, there are plenty of hardworking staff in airports across America; but all too often the typical gateside scene is one of rusted-out, banged-up vehicles and scowling workers in Yankees caps and greasy untucked shirts, who act as though they can't be bothered to marshal in your plane.

Don't look now, but just when you thought airline liveries couldn't get more awful comes the hideous corporate makeover of CSA, the airline of the Czech Republic. There was nothing remarkable about CSA's prior uniform, pictured here, but at least the colors and tail pattern borrowed from the Czech flag. The bizarre new scheme is painful to look at and, best I can tell, completely meaningless. Is that a breath mint?

In my opinion, among the many national carriers that have updated their identities lately, only that of EgyptAir, apparently sponsored by an arena football team, is more embarrassing.

Maybe this is a cheap shot, but here goes. A few months back I told you about Arpinder Kaur, the first and only female Sikh airline pilot in the United States. In the piece, as part of my lament about American xenophobia and our irrational suspicions of people who wear turbans, I wrote that Sikhism and radical Islamic terror have nothing in common.

I suppose that is true, generally speaking, but indeed it was Sikh terrorists who were responsible for the fifth-worst air disaster of all time, the bombing of an Air India 747 over the North Atlantic in 1985. The airplane fell into the sea near Ireland, killing 329 people. A second bomb, intended to blow up another Air India 747 on the same day, detonated prematurely in a luggage facility at Tokyo's Narita Airport. The attacks were intended as retaliation for the Indian army's 1984 siege of the Golden Temple shrine in Amritsar, Sikhism's holiest place of worship. Indira Gandhi, who ordered the siege, was later assassinated by two of her Sikh bodyguards.

I mention this for no other reason than to emphasize that radical Islamists are not the only people who have blown up airplanes. They've had plenty of company. We often forget that the history of air crimes is a long and complicated one. Even ordinary Americans have played their part: The first successful sabotage of a commercial jet -- the insurance-scam dynamiting of a Continental Airlines 707 over Missouri -- came courtesy of a 34-year-old American named Tom Doty. In 1974, an unemployed tire salesman from Philadelphia stormed a Delta Air Lines DC-9 in Baltimore and shot both pilots. His intentions were to crash the jet into the White House.

Which brings us to our final, and perhaps most important, little tidbit. On New Year's Day, nine Muslim passengers headed for a vacation in Florida were kicked off an AirTran flight at Reagan National Airport in Washington, D.C. The nine, eight of whom were Americans, including several women and children, had roused the suspicion of other passengers through such clearly threatening gestures as talking about the location of emergency exits and discussing which were the safest seats.

Similar episodes of passenger vigilantism have occurred sporadically ever since the terror attacks in 2001. Some of them would almost be funny if they weren't so offensive, ignorant and a menace to civil liberties. During what some have called the crime of flying while Muslim, innocuous comments and gestures that would normally go unnoticed become suspicious activity, leading to detainments, arrests and even threats of physical violence. Although this was the first such case in a while, it's clear that we remain spring-loaded to foolishness and overreaction.

Two things, actually, are at work here. First, many rational people have a bad habit of acting irrationally when they are on board a commercial flight. I don't fully understand why it is, but people get crazy around airplanes. Second, we have yet another shameful manifestation of the xenophobia and paranoia that metastasized in this country after Sept. 11.

For what it's worth, I wonder if those frightened folks on AirTran are aware that hundreds of jetliners touch down in this country each day from airports overseas, including several Islamic countries, carrying thousands of Muslim passengers. My job takes me to the Middle East occasionally. If we booted off every apparently Muslim passenger who made a comment about safety, security or seating, our flights would be half empty.

Not surprisingly, the FBI promptly cleared the nine people. Apparently that wasn't good enough for AirTran, however, which refused to rebook them. Not until the following day did the company issue a public apology and offer refunds.

Neither, I fear, will it be good enough to dissuade certain conspiracy theorists from presenting this incident as evidence that Islamic evildoers are out there, stalking our flights in preparation for a Sept. 11 copycat attack. We've been hearing this mad hypothesis for eight years now, encouraged by right-wing talk shows and crackpot pundits, every time a group of fliers goes hysterical at the sight of a skullcap or a hijab.

Contrary to all reason and evidence, we are expected to believe that gangs of operatives, despite the most intensive anti-terror blitz in American history, have organized into cells that fly around on planes making public spectacles of themselves and brazenly risking capture. And in preparation for what, exactly? For a variety of reasons, the chances of anybody pulling off another 9/11-style attack are all but nil, and no enemy would be stupid enough to waste his time on a scheme with such a high chance of failure.

It's amazing, if not dangerous, that we spend so much time even contemplating this at the expense of investigating more realistic avenues that a criminal or terrorist might exploit.

Endnote: Three years ago this column covered the story of Raed Jarrar, an architect and the project director for a human rights group, who was denied boarding at Kennedy airport until he agreed to remove a cotton T-shirt emblazoned with the phrase "We will not be silenced" in Arabic script. Earlier this week, Jarrar was awarded $240,000 in a settlement with TSA and JetBlue Airways.

The Raed Jarrar case is especially troubling, noted a reader shortly after the original incident, because it makes so little sense. Not only did security at JFK assume that Jarrar was potentially dangerous because of his shirt, they also assumed that making him remove the shirt would do away with the danger. When he finally agreed to put on a different one, they let him board the aircraft. The shirt was not considered a sign of some hidden threat; it was considered dangerous in and of itself.

That's a salient point. It's disturbing that not only are too many Americans so easily frightened, but that they also require such infantile coddling in order to feel safe.