Death in the USA: The Army's fatal neglect

Returning U.S. combat soldiers are committing suicide and murder in alarming numbers. In a special series, Salon uncovers the habitual mistreatment behind the preventable deaths. 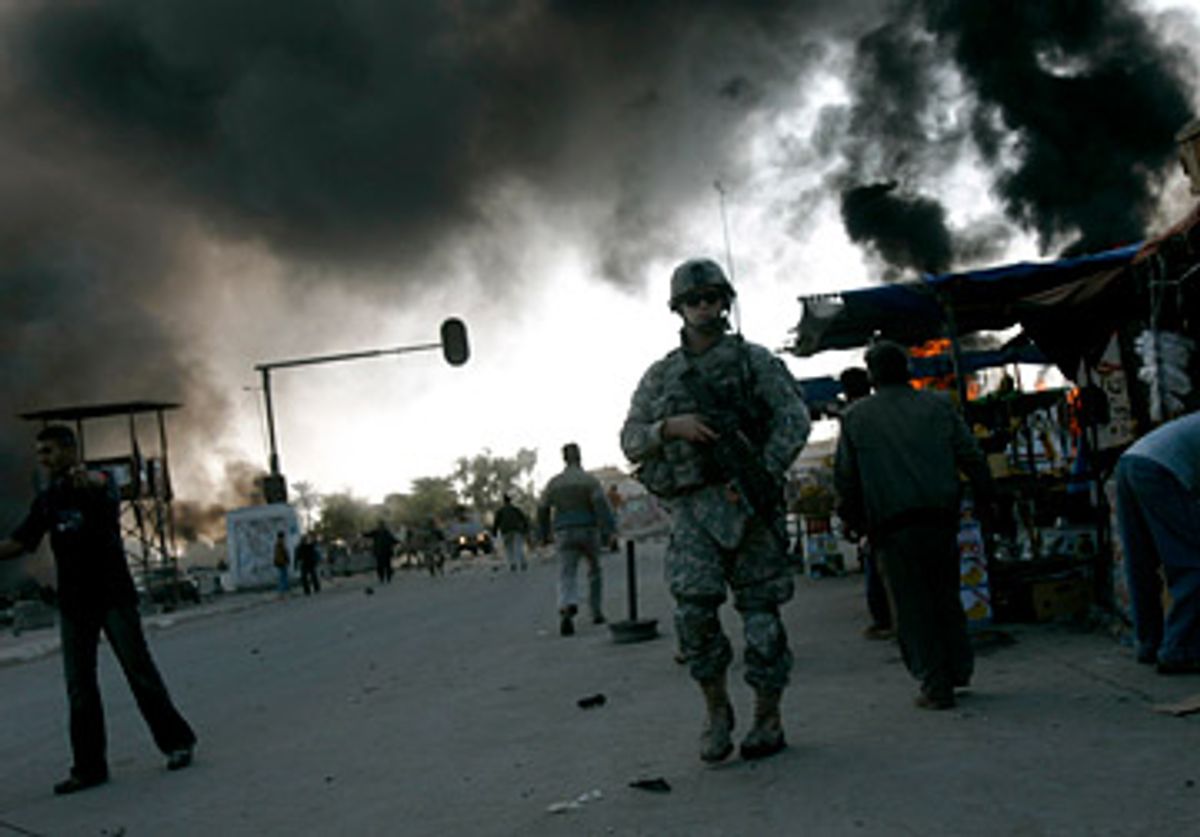 Preventable suicides. Avoidable drug overdoses. Murders that never should have happened. Four years after Salon exposed medical neglect at Walter Reed Army Medical Center that ultimately grew into a national scandal, serious problems with the Army's healthcare system persist and the situation, at least at some Army posts, continues to deteriorate.

This story is no longer just about lack of medical care. It's far worse than sighting mold and mouse droppings in the barracks. Late last month the Army released data showing the highest suicide rate among soldiers in three decades. At least 128 soldiers committed suicide in 2008. Another 15 deaths are still under investigation as potential suicides. "Why do the numbers keep going up?" Army Secretary Pete Geren said at a Jan. 29 Pentagon news conference. "We can’t tell you." On Feb. 5, the Army announced it suspects 24 soldiers killed themselves last month, more than died in combat in Iraq and Afghanistan combined.

But suicide is only one manifestation of the unaddressed madness and despair coming home with U.S. troops. Salon's close inspection of a rash of murders and suicides involving soldiers at just one base reveals that many of the deaths seem avoidable. Salon put together a sample of 25 suicides, prescription overdoses and murders among soldiers at Colorado's Fort Carson since 2004. Intensive study of 10 of those cases exposed a pattern of preventable deaths, meaning a suicide or murder might have been avoided if the Army had better handled the predictable, well-known symptoms of a malady rampant among combat veterans: combat-related stress and brain injuries. The results of Salon's investigation will be published in a weeklong series of articles that begins today with "The Death Dealers Took My Life!"

Salon chose Fort Carson as a laboratory almost by chance. The story started to emerge on its own last summer during reporting at Fort Carson that exposed an alleged friendly fire incident involving soldiers posted there. It was clear during several visits to interview soldiers who'd witnessed the deaths of their colleagues that there was psychological turmoil on the base. Paranoid soldiers were running around with guns. There was prescription and illicit drug abuse, extremely heavy drinking, suicide and murder.

The soldiers seemed to be suffering classic symptoms of post-traumatic stress disorder: explosions of anger, suicidal and homicidal ideation, flashbacks, nightmares and insomnia. The Army was responding, for the most part, with disciplinary action rather than treatment, evincing little concern for possible underlying problems. The soldiers self-medicated further. Predictable outcomes followed.

The Army handled the families of the disturbed and neglected soldiers callously. Last November, as detailed today in the first of Salon's multi-part series on preventable deaths at Fort Carson, officers provided paint for a mother to paint over her son's suicide note, which he had scrawled on a barracks wall. Two years after his return from Iraq, Army doctors still hadn't properly diagnosed him with PTSD. Two other troubled soldiers died after the Army handed them a brutally heavy and in one case toxic combination of drugs for their symptoms. In a moving prison interview, another soldier explained to Salon how better treatment might have prevented him, a month after returning from his second tour in Iraq, from being involved in the November 2007 murder of a fellow soldier.

There were other deadly blunders. In the press for warm bodies in Iraq, Fort Carson sent a soldier, diagnosed with PTSD and a brain injury, back into combat, where he committed suicide by overdosing on some of his eight prescription drugs. Medical records show Fort Carson dispatched another soldier to Iraq despite a diagnosis of "schizotypal personality disorder," characterized by peculiar beliefs and paranoia. On his return to Colorado, prosecutors say he raped a 19-year-old woman and slit her throat.

Salon documented several completely new cases. A few others have appeared in news articles, though not deeply explored.

After the Walter Reed scandal finally exploded in 2007, a presidential commission led by former Health and Human Services Secretary Donna Shalala and former Sen. Bob Dole, R-Kan., responded by recommending in July 2007 a series of steps to aggressively treat combat stress, among other things. President Bush ordered a raft of initiatives to help returning troops. In interviews, Army officials produced a laundry list of new programs designed to address some of these very problems, from a 24-7 counseling hotline to hiring 250 new mental health professionals since the spring of 2007. Presumably, these programs saved some lives.

Out in the shadow of Pikes Peak, however, it is easy to find examples where the initiatives didn’t seem to ease the misery. At least three Fort Carson soldiers committed suicide just last month as we raced to complete our reporting.

And there are good reasons to think the problems fester far beyond Colorado. Shalala expressed concern at the apparent lack of progress at places like Fort Carson. "We clearly are not doing enough when they come back," she said in a telephone interview. "This doesn't seem to be on anyone's radar."

President Obama says he wants to bring tens of thousands of troops home from Iraq. How will the government respond when they need help the most?