Don't make FDR's mistake and spend too little -- because we're probably going to need a second stimulus no matter what. 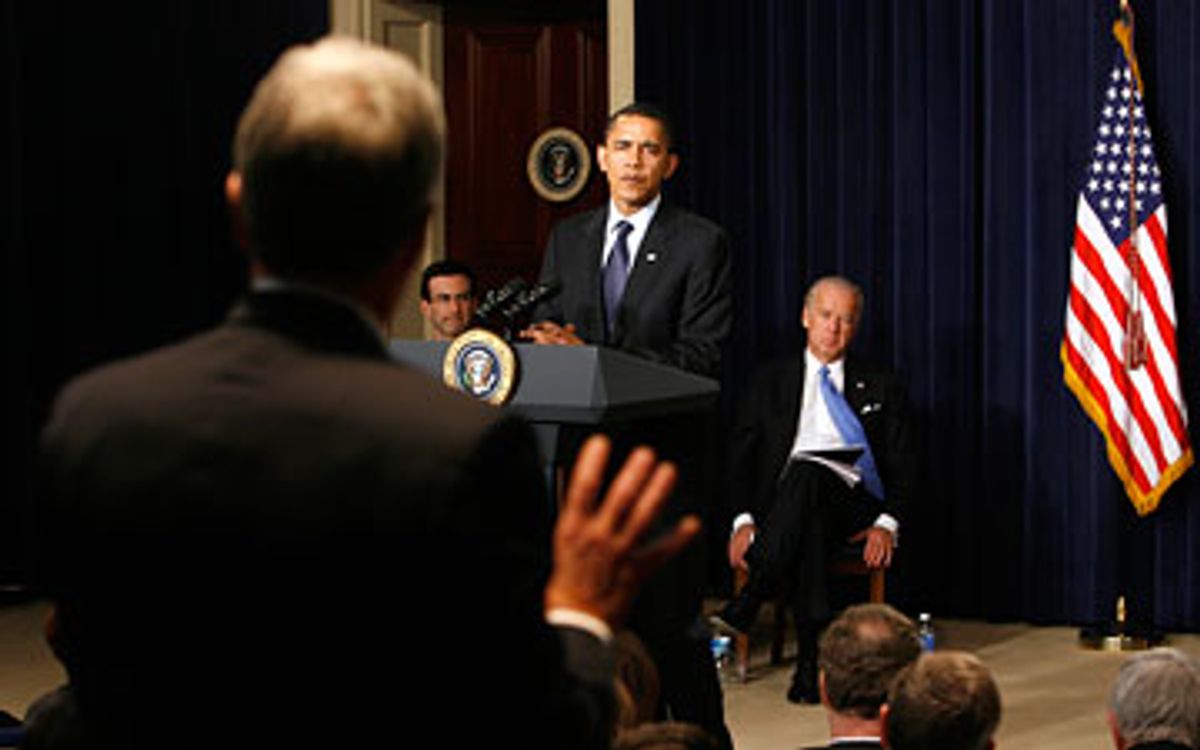 The president's message on fiscal responsibility -- that he'll cut the current deficit by half by the end of his first term -- is smart politics right now, but it may be dumb politics by November of 2012, and doesn't make much economic sense regardless.

We're in a deepening recession, in case you hadn't noticed. The biggest challenge is to ramp up aggregate demand. Yes, we have to borrow lots from the Chinese and Japanese to do this, and, yes, it's costly in terms of additional interest payments to them. But there's no choice. In fact, if the slump gets worse -- and I have every reason to fear it will because that's the direction we're heading in as fast as you can imagine -- we'll probably have to have a second stimulus. And if the second isn't enough, a third. And so on. FDR's biggest mistake was doing too little until World War II. (No one should interpret this as a recommendation for more military spending -- I'm just saying Obama will probably have to think and do much bigger than the $787 billion stimulus so far.)

Can we continue to borrow and borrow and borrow? Yes, but eventually we'll have to pay higher interest rates to continue to attract global savings, mostly from the Chinese and Japanese. But that's not any time soon. The Chinese and Japanese are not going to yank their money out of Treasury bills because the slump is worldwide and T-bills are about the best and safest place to park savings. Besides, the Chinese don't want the dollar to plunge. They'd be stuck with a lot of paper worth far less than they got it for, and their exports would be in even worse shape than now.

Blue-dog Democrats, Washington insiders who love to prattle on about the dangers of too much debt, Wall Street bond traders, and most of the Republican Party (including, notably, John McCain and Louisiana Gov. Bobby Jindal, the two "front-runners" for the Republican presidency in 2012, at least in terms of media attention) will continue to fuss about the skyrocketing debt. The very word "trillions" when juxtaposed with the word "dollars" is enough to send most people into paroxisms of shock and awe. So it makes political sense to talk now about fiscal responsibility, especially with Obama's first budget emerging this week, along with the likelihood that Geithner will soon ask for additional money for Wall Street.

But what happens when and if it's 2012 and the economy continues to need boosting? That promise could be a huge liability.

As to the economics, remember that when it comes to deficits and debt, the real issues over the long term are 1) the ratio of debt to GDP (we're still under 50 percent, which ain't bad, considering all the spending that's been going on; at the end of World War II it was substantially above 120 percent). And 2) whether and when we're back to growing the GDP, which is the most reliable way of improving the ratio.

If and when the stimulus package is big enough to get us back to full capacity, and if and when we make the public investments necessary to enlarge that capacity -- including the health and the education of our kids and our workforce, including a sustainable energy infrastructure, including public health and the environment -- we'll be in fine shape.

Halving the budget deficit by 2012 is a nice goal but it has little to do with the economic challenge we now face.