They're coming to take our guns away

Cop killer Richard Poplawski is an extremist. But amid the deafening din of the right wing's anti-government rhetoric, how extreme is he? 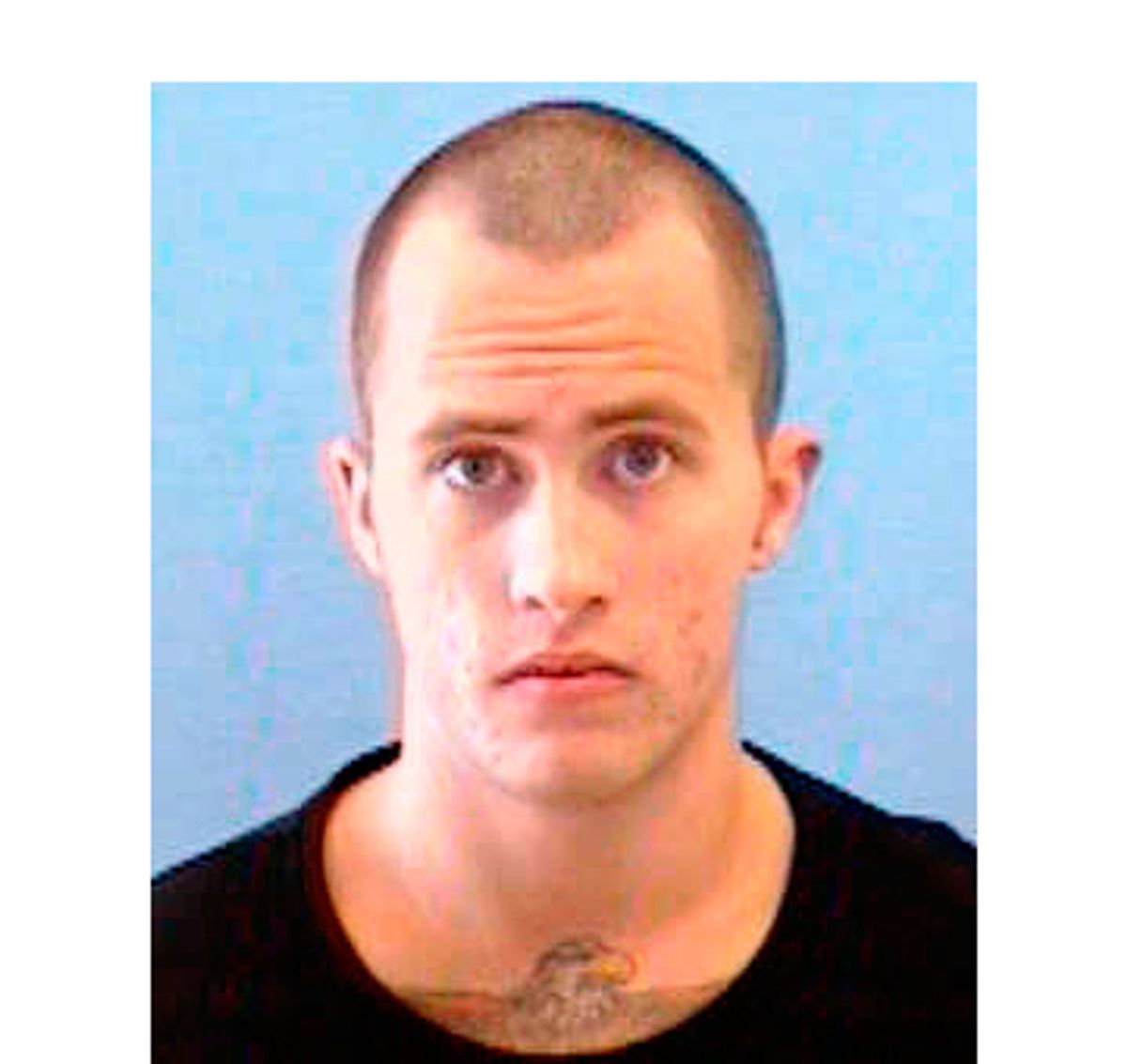 It would be convenient to pretend that Richard Poplawski, who killed three Pittsburgh policemen on Saturday with an AK-47, was just a right-wing nutcase. A devotee of the white supremacist Web site Stormfront, Poplawski believed that the United States was controlled by a secret Jewish cabal that had a master plan to abrogate freedom of speech and use the U.S. military to police Americans.

It would be easy for us to cordon Poplawski off, pretend that his ugly and paranoid worldview had nothing to do with the Obama hatred spouted by the American right. But the truth is that Poplawski's hateful views cannot be separated from the increasingly extreme ideology and rhetoric that characterize the contemporary American conservative movement. As his friend, Edward Perkovic, told the Associated Press, Poplawski feared "the Obama gun ban that's on the way" and "didn't like our rights being infringed upon."

Such obsessions don't come out of a vacuum. Fox News, Rush Limbaugh and the GOP have been whipping up hatred and fear of Obama and "liberal Democrats" for years. Joined by the National Rifle Association, which has run false and irresponsible ads claiming that Obama is planning to take away Americans' guns, they have encouraged and helped to create a pathological right-wing subculture in which free-floating hatred of "the government" mixes with a maniacal fetish for guns. Poplawski is the diseased fruit of that ugly tree.

Yes, Poplawski dwelt in the most extreme part of the right wing. He is responsible for his action. You can't tar every conservative because a pathological murderer shared some of his or her core beliefs. There has been no epidemic of shootings carried out by whacked-out readers of "The Turner Diaries." Only the most unhinged neo-Nazi wing of the right will defend Poplawski's actions, just as only the most brain-dead "radicals" defended Lovelle Mixon's shooting of four Oakland police.

But the Lovelle Mixons of the world do not have a powerful media machine, not to mention a major political party, loudly whipping up fears that policemen are coming into black communities to terrorize their inhabitants. With the collapse of the GOP into the party of Rush Limbaugh, and as Limbaugh and his ilk grow ever more reckless in their attacks on Obama, the boundaries between "respectable" right-wing paranoid hatred and "extreme" right-wing paranoid hatred are getting more blurred. Right-wing fanatic du jour Glenn Beck teased his recent Fox show with images of Hitler, Stalin and Lenin and said that he was wrong to say that Obama was leading America to socialism -- because Obama is actually a fascist. "They're marching us towards 1984," Beck intoned. "Big Brother, he's watching."

If the demagogues on the right had any conscience, the Poplawski case would force them to realize that their shrill ravings border on incitement. But they won't. There are ratings to be maintained and a rabid base to be catered to. If every now and then some disturbed member of the base loses it, it's not their problem.

Poplawski's black-helicopter and anti-Semitic ravings put him at the outer edge of the right. But his paranoid fear that Obama was going to take away his AK-47 is mainstream among conservatives. That fear, fomented by the NRA and echoed by right-wing commentators from Lou Dobbs to Limbaugh, is ubiquitous online. A right-wing, pro-gun Web site I Googled at random, Theodore's World (slogan: "The PC Free Zone Gazette is American first and Conservative second. It is never anti-American!"), highlights several stories about black men who killed police officers. Commenting on one incident in which the suspect was wounded by another policeman, someone posting as "Bob F" writes, "It's too bad when the cop's partner shot back, he only wounded him. Now the taxpayers are going to have to pay for medical treatment and prison. The cost of a bullet is probably only .50 cents. Unfortunately, it's only going to get worse on the streets as Obama and his minions disarm law abiding citizens while criminals run rampant."

Much of the responsibility for this paranoia lies with the NRA. During the presidential campaign, the NRA ran ads that falsely painted Obama as coming for Americans' guns. Screaming that he had a "10-point plan to change the Second Amendment," the powerful lobby claimed that Obama planned to "ban use of firearms for home self-defense" and "ban the manufacture, sale and possession of handguns."

The NRA's ad was a tissue of lies and distortions. In fact, Obama has -- characteristically -- staked out an extremely cautious, centrist position on gun control, one that has disappointed many advocates of more far-reaching gun control laws. He has never called for banning the use of firearms for home self-defense, nor has he called for handguns to be banned. He has adopted the conservative "individual right" interpretation of the Second Amendment favored by the right wing and the NRA and opposed by gun-control groups, many legal experts and the New York Times. When he has called for gun control, his positions have been moderate. He has called for the registration of handguns, making the ban on assault weapons permanent, closing the gun show loophole that allows private transfers of arms, banning high-powered ammunition that could pierce policemen's protective vests and for national legislation against carrying concealed weapons.

It's true Obama has taken some earlier positions, regarding the regulation of handguns, that might lead some zealots to wonder if he was really a True Believer in Americans' God-given right to pack heat. But none of those positions, and certainly not his careful current stance, could remotely justify the NRA's hyperbolic and alarmist claims.

When the nonpartisan consumer advocate Web site Factcheck.org, run by the Annenberg Foundation, asked the NRA to explain its false and misleading statements, its public affairs officer simply replied, "We're comfortable with what we put on there. We believe our facts." Apparently the fact that their "facts" are not facts, but opinions, is of no concern to the NRA.

When accusations are based on ideology, not facts, they acquire an ominously conspiratorial tinge, one that plays into the psychopathologies of losers like Poplawski -- or like Timothy McVeigh, whose life bears a disturbingly close resemblance to Poplawski's. And you'd have to go back to Barry Goldwater to find a degree of conspiratorial paranoia equal to that being pumped out by the right today.

Opponents of any form of gun control have always painted themselves as law-abiding citizens who simply demand their constitutional right to defend themselves against armed evildoers. Theirs is a Hobbesian world in which law enforcement cannot be trusted to stop criminals. Hence their favorite slogan, "When guns are outlawed, only outlaws will have guns." Poplawski proudly subscribed to that belief.

If the right wing keeps whipping its troops into a frenzy by accusing Obama of being a fascist, gun-hating dictator, America may have a new group of outlaws to fear: freedom-loving, gun-worshipping "patriots" like Poplawski.