Mike Allen allows a "top Bush official" to smear Obama anonymously and then tries to explain why he did that. 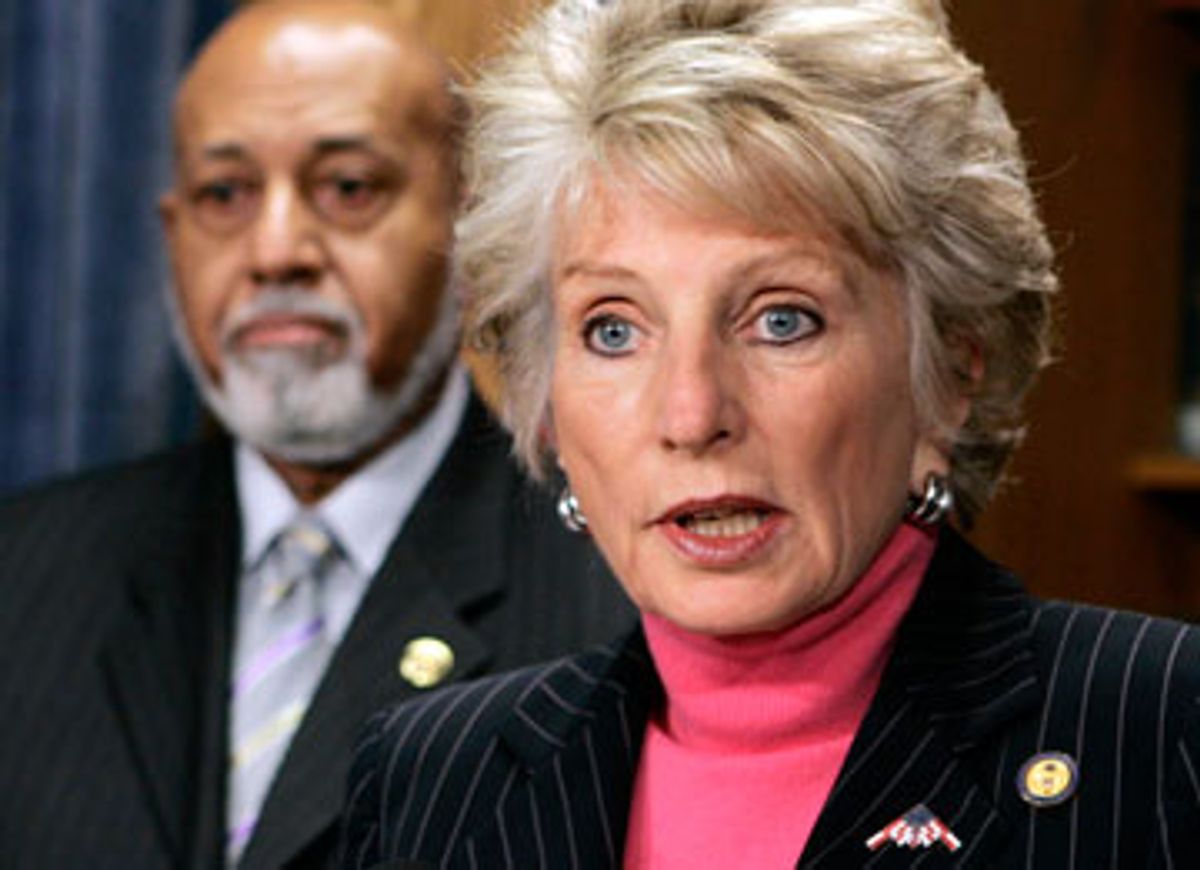 In a Politico article discussing Obama's decision to release the OLC torture memos, Mike Allen granted anonymity to "a former top official in the administration of President George W. Bush" to enable that official to do nothing other than attack Obama's decision and accuse him of handing our critical secrets to Al Qaeda.  Those anonymous quotes predictably attracted the only thing of value for Politico:  a prominent, screaming Drudge link announcing that Bush officials accused Obama of helping the Terrorists.

Andrew Sullivan was the first to note what an absurd and journalistically baseless grant of anonymity this was.  Citing Sullivan's post, I also criticized Allen's use of anonymity both here and on Twitter.  At his Washington Post blog, Greg Sargent then printed an email from Allen answering Sargent's request for a response to the criticisms.  That response revealed what has long been clear:  most establishment journalists do not even pretend any more to have any standards for when anonymity is granted; they'll give it to whoever wants it without needing any real reason for doing so, especially if the person wanting it is politically influential.

After reading Allen's painfully vapid justification for what he did (and after remembering that Allen described the conduct authorized by the OLC memos as "aggressive interrogation practices critics decried as torture"), I was unable to restrain myself (admittedly, I did not try very hard) from launching further Twitter assaults aimed at Allen and Politico.  Allen then announced on Twitter that he was, at that very moment, working on an article explaining what he did and why, which only prompted further Twitter outbursts from me, by then almost certainly approaching TOS-violating levels of Twitter-stalking.

Shortly thereafter, Politico published Allen's self-justifying article, headlined:  "Story behind the story: The left erupts."  It begins this way:  "The liberal blogosphere is on the attack about three paragraphs in a story POLITICO posted Thursday on the release of the CIA interrogation memos."  Apparently, "the left" and "the liberal blogosphere" means me and Andrew Sullivan, since we're the only ones who objected (or at least were the only ones mentioned by the story).  But it's always helpful to be able to dismissively characterize media criticisms as "attacks" from "the left" -- that must mean the criticisms are both shrill and ideologically-motivated -- so Politico went with it.

Allen's article offers a helpful glimpse into the mind of the standard establishment journalist (Allen previously covered the White House for Time and The Washington Post).  According to him, all  Bush officials other than Karl Rove and Dick Cheney are too cowardly to criticize Barack Obama on the record -- "They have new careers, and they know it’s a fight they’ll never win. He’s popular; they’re not; they get it" -- so what is a poor reporter like him to do other than agree to anonymity?   If all senior Bush officials are really such cowards -- too afraid even to criticize Obama because of his approval ratings -- that would be a worthwhile story in its own right.

But aside from the obvious point that this fact, even if true, would not remotely justify anonymity -- the right of scared Bush officials to participate in public debates without being identified is hardly some noble journalistic value -- former Bush officials have not exactly been shy about attacking Obama.  Indeed, the very same day that Allen published his Drudge-attracting screed, Michael Mukasey and Michael Hayden published an Op-Ed in The Wall St. Journal voicing exactly the same stale accusations about how Obama had helped the Terrorists, and the day before, Hayden was on MSNBC spitting out the same attacks.  Obviously, there are all sorts of ways to include criticisms of Obama's decision in a story without granting protective anonymity to an allegedly frightened Bush official.

The anonymous attack Allen printed added nothing to the world other than yet another Politico-based Drudge headline -- but it did allow a former top government official to make all sorts of factually dubious and sensationalistic claims without any accountability at all.  That's why anonymity, when used so recklessly and for such shallow ends, is so poisonous.  As Sullivan said, "Allen broke one of the most basic rules in fair journalism and should apologize, not dig in" (though the way Allen broke this rule is now so common that the rule violation is far more the norm than the rule itself).

Note, too, the sequence of events as Allen describes them:

While I was writing the piece, a very well-known former Bush administration official e-mailed some caustic criticism of Obama’s decision to release the memos. I asked the former official to be quoted by name, but this person refused, e-mailing: "Please use only on background."

So these quotes arrived in Allen's email inbox with no agreement that the quotes were off the record.  Thus, Allen was free to publish them and identify for his readers what Bush officials were saying about Obama.  But -- exactly like Tim Russert -- Allen apparently treats his conversations with Bush officials as "presumptively confidential," i.e., like a good and loyal P.R. spokesman, he will only report what he learns if they give him permission to do so -- even in the absence of an explicit off-the-record agreement.  So, after the fact, he humbly asked permission to print what the "top Bush official" emailed him, was denied permission except on the condition that he print it anonymously, and Allen then complied.  They take their orders from top government officials about what to print so reflexively and routinely that they're not even embarrassed to admit it any longer.

The most notable aspect of Allen's article is his explanation for why he decided to grant anonymity -- what might be the single most self-contradictory paragraph ever written (h/t linus bern):

I figured that readers could decide whether the former Bush official’s comments sounded defensive or vindictive. . . . So at the bottom of the Axelrod story, I tacked on an ellipsized excerpt of the former Bush official’s quotes, removing several ad hominem attacks on Obama. I quoted less than half of the comment and took out the most incendiary parts -- a way to hint at the opposing view without giving an anonymous source free rein.

I find that paragraph so perfect in its illogic and self-negation that I have come to cherish it in some perverse way.  Allen's excuse for anonymity was that readers could decide for themselves whether the anonymous Bush criticisms "sounded defensive or vindictive."  But he then confesses that he edited out "the most incendiary parts," including "several ad hominems."  So, like a good servant-editor, he first helpfully sanitized the Bush official's smears by making them appear more sober and substantive than they actually were -- by removing all the parts that reflected vindictiveness towards Obama -- and then justified the anonymity he granted by saying he wanted readers to see for themselves if the criticisms of Obama's decision were grounded in vindictiveness.  He evidently confessed all of that without realizing that his actions completely negate his claimed justification.

Media criticisms are often grounded in the ethical deficiencies and corrupted motives of journalists.  And that's all appropriate.  But it's worth remembering that often the conduct of a journalist is at least as much a question of abilities as it is anything else.

On a related note, and without endorsing all of her points, The Guardian's Tracy Van Skyke has an interesting article examining the new forms and sources of investigative journalism in the wake of the collapsing newspaper industry.

UPDATE:  NYU Journalism Professor Jay Rosen says that "reporters (and TV) are training every mid-level hack in DC to think they can go off the record any time they want," and points to this very representative anecdote reported by Charlie Davis which illustrates just how pervasive is the culture of secrecy in Washington, cooperatively maintained by political officials and "journalists."