Obama pushes back on torture, terror 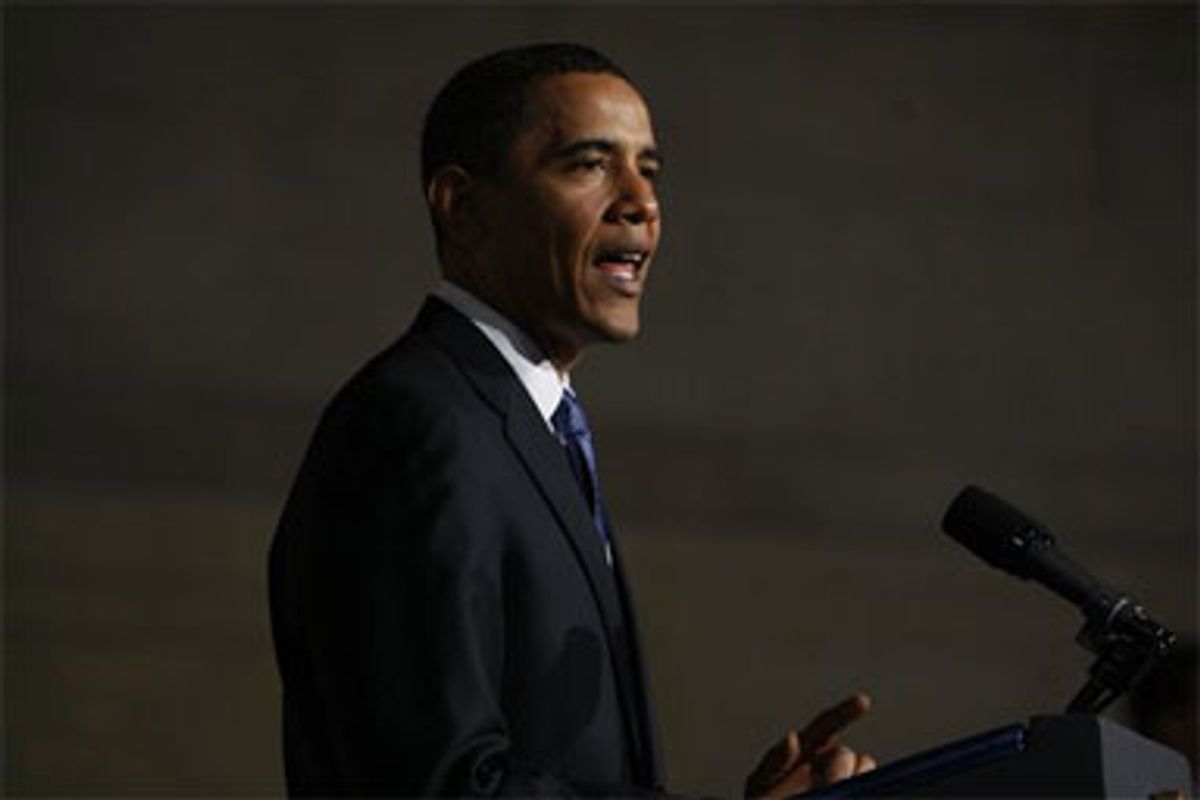 WASHINGTON -- There are times for subtlety in politics, and there are times to blare your message so loudly there's no chance anyone misses it. President Obama's speech today about detaining terrorists, the White House decided, did not call for the quiet approach.

Standing a few feet in front of the original copies of the Declaration of Independence, the Constitution and the Bill of Rights, Obama tried to seize a debate over Guantánamo Bay, "enhanced interrogation techniques" and other legacies of George W. Bush that has spun out of control. Republicans have apparently scared Democrats into opposing the administration's plan to close the prison in Cuba; the Washington establishment is now more interested in what House Speaker Nancy Pelosi knew about torture than in why the Bush administration thought it could get away with making people think they were being drowned.

So Obama gave a broad defense of his policies, answering sharply his critics on the right -- and, with less force, critics on the left, who say the administration must allow prosecution of the Bush officials who designed and approved what Obama called "an ad hoc legal approach for fighting terrorists that was neither effective nor sustainable." The speech was classic Obama; he argued that his pragmatic approach was still the right way to uphold deeply held principles. It probably won't reassure anyone who wants the government to delve more deeply into what the Bush administration did. But it should go a long way toward answering the GOP's newly aggressive defense of those Bush-era tactics.

The backdrop alone underscored Obama's point, as much as the text: torture and indefinite detention is, simply, un-American. The rule of law was back. "Too many of us -- Democrats and Republicans, politicians, journalist and citizens -- fell silent" in the fearful political climate after the 9/11 attacks, Obama said. "We went off course." He called the Bush administration's decisions "hasty" and said they were "based on fear, rather than foresight."

He rejected, forcefully, the recent attempt by the GOP to attack the White House as being soft on terrorism. "Some have argued that brutal methods like waterboarding were necessary to keep us safe," he said. "I could not disagree more. As commander-in-chief, I see the intelligence. I bear the responsibility for keeping this country safe. And I categorically reject the assertion that these are the most effective means of interrogation." The president, who rarely shows signs of anger, raised his voice while discussing the Bush administration's policies; he softened his tone only once he had moved on to a less passionate review of what he's done since taking office to change them.

But after parrying critics on the right, he also moved to parry critics on the left. "I recognize that many still have a strong desire to focus on the past," he said. "It is no secret that there is a tendency in Washington to spend our time pointing fingers at one another. And our media culture feeds the impulses that lead to a good fight. Nothing will contribute more to that than an extended re-litigation of the last eight years. Already, we have seen how that kind of effort only leads those in Washington to different sides laying blame, and can distract us from focusing our time, our effort, and our politics on the challenges of the future."

There won't be any independent commission to investigate torture, at least not if the White House can block it. "Our existing democratic institutions are strong enough to deliver accountability," Obama said. "The Congress can review abuses of our values, and there are ongoing inquiries by the Congress into matters like enhanced interrogation techniques. The Department of Justice and our courts can work through and punish any violations of our laws." But he gave no indication that he plans to assign the Justice Department to launch any prosecutions.

By the end of the speech, it was clear Obama was trying -- once again -- to paint himself as the voice of the reasonable middle ground. "Both sides may be sincere in their views, but neither side is right," he said, after describing the most extreme ends of the conservative and liberal viewpoints. "The American people are not absolutist, and they don't elect us to impose a rigid ideology on our problems. They know that we need not sacrifice our security for our values, nor sacrifice our values for our security, so long as we approach difficult questions with honesty, and care, and a dose of common sense."

Still, there was one final rhetorical flourish, one that seemed aimed at only one side of the debate Obama was trying to move past. "I can stand here today, as president of the United States, and say without exception or equivocation that we do not torture, and that we will vigorously protect our people while forging a strong and durable framework that allows us to fight terrorism while abiding by the rule of law," he said. And the symbolism of the space where he was standing came back into play. "Make no mistake: if we fail to turn the page on the approach that was taken over the past several years, then I will not be able to say that as President. And if we cannot stand for those core values, then we are not keeping faith with the documents that are enshrined in this hall."