ABC News' interview with Lakhdar Boumediene and our current policies

What we can learn from the case of an innocent man imprisoned and brutalized for 8 years at Guantanamo. 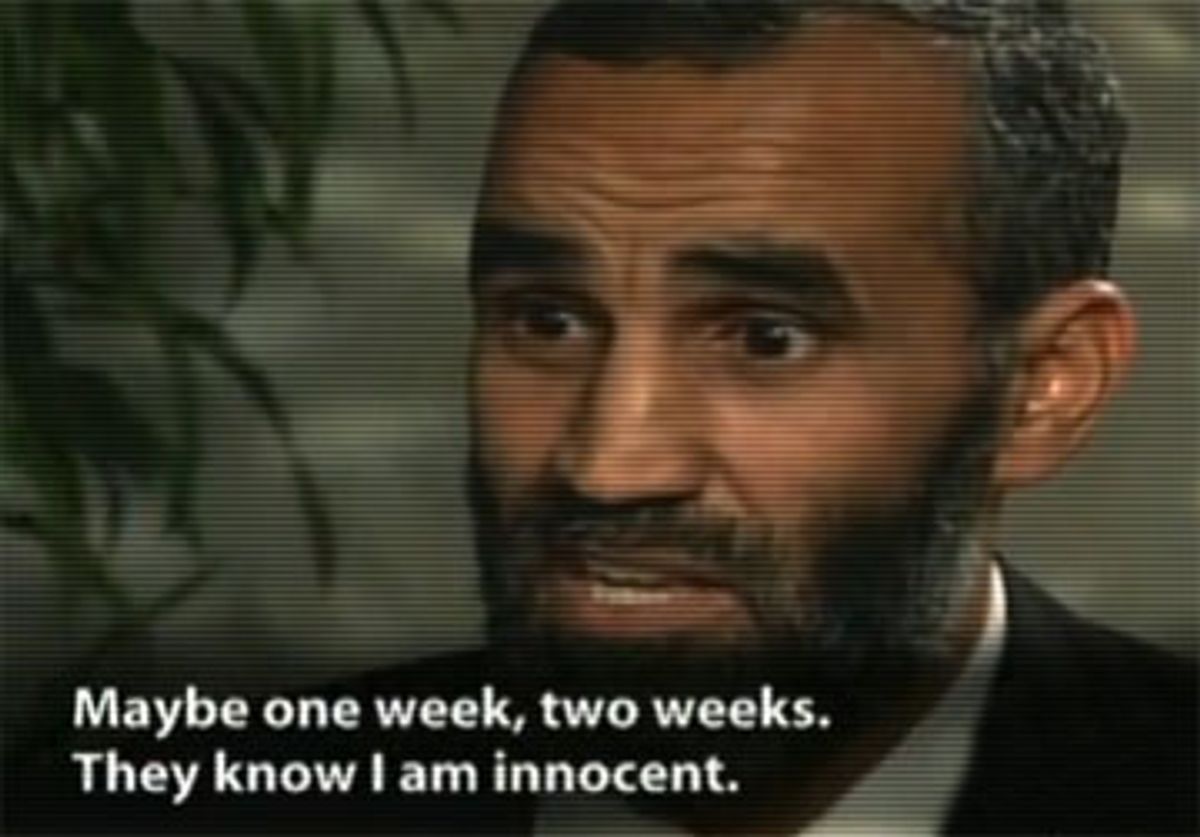 Lakhdar Boumediene is an Algerian (and Bosnian citizen) who, while living in Bosnia and working for the International Red Crescent, was arrested by the Bosnian government (at the behest of the Bush administration) shortly after 9/11 on charges of plotting to blow up a U.S. and British embassy, but was then quickly cleared by Bosnian courts of any wrongdoing and ordered released.  But as he was about to be released -- in January, 2002 -- he was abducted by the U.S. military inside Bosnia and shipped to Guantanamo, where he remained without charges for the next almost 8 years, and was clearly tortured. 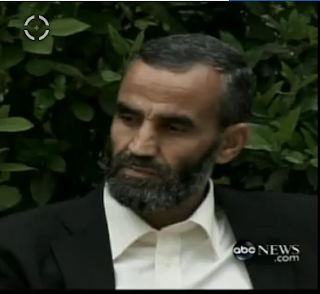 In mid-2008, the U.S. Supreme Court -- in a case bearing his name -- ruled that the Military Commissions Act of 2006 was unconstitutional because it denied Guantanamo detainees the right of habeas corpus (i.e., to have the validity of the accusations against them reviewed by a court).  When, pursuant to that decision, Boumediene finally had a U.S. court review the accusations against him in November, 2008, a federal judge -- the far right, Bush-43-appointed Richard Leon -- ruled there was no credible evidence to justify his detention (as well as the detention of four other Algerian-Bosnian detainees) and ordered them all released immediately.  In other words, Boumediene spent almost 8 years in a Guantanamo cage, being brutally tortured, despite there being no evidence (as Bosnian courts had already found) that he had done anything wrong at all.  I wrote about Boumediene's story in detail here.

Eight months after Judge Leon ordered him freed, Boumediene -- in May, 2009 -- was finally released from Guantanamo and went to France, which agreed to accept him because he has relatives there.  At the time he was shipped to Guantanamo in 2002, he had two very young daughters.  They are now 13 and 9 years old, and he obviously doesn't know them.

ABC News' Jake Tapper, as part of his traveling with President Obama this week, was in Paris and commendably took the opportunity to interview Boumediene about his ordeal, including the torture to which he was subjected at Guantanamo.  Tapper has written a detailed account here.  Here is the less detailed though still substantial video segment that appeared this morning on Good Morning America and presumably will appear on other ABC News shows, including World News Tonight:

There are several vital points highlighted by all of this:

(1) The central premise of all discussions about Guantanamo -- still -- is always that the people who are detained there are "Terrorists."  They're the Worst of the Worst.  Media figures and many citizens just uncritically believe -- and constantly assert -- that Guantanamo detainees are "Terrorists" even though they've had no trial and it's just the Government's claim that they're "dangerous."  We repeatedly saw that premise asserted during the recent debate over Obama's proposal of indefinite detention ("There are dangerous Terrorists who he can't release!").  If this episode doesn't demonstrate the extreme dishonesty of that premise -- of assuming that people who have had no trials are Terrorists simply because the Government claims this -- what would demonstrate it?

(2) Those who voted for the Military Commissions Act of 2006 -- all GOP Senators (except Chafee) and Democrats Jay Rockefeller, Ken Salazar, Tom Carper, Mark Pryor, Tim Johnson, Bob Menendez, Frank Lautenberg, Ben and Bill Nelson, Debbie Stabenow, and Joe Lieberman, plus 219 GOP and 34 Democratic House members -- were in favor of keeping people like Boumediene at Guantanamo indefinitely without any right of judicial review.  The only reason Boumediene was released is because the Supreme Court (by a 5-4 vote) ruled that law unconstitutional and he was thus able to have a court review the evidence (i.e., the lack thereof) against him.

Does anyone object to the term "moral depravity" being applied to those in Congress who voted to keep completely innocent people in cages for life without any opportunity to have a court review the accusations against them?  If these members of Congress had their way, these completely innocent individuals would still be encaged at Guantanamo. 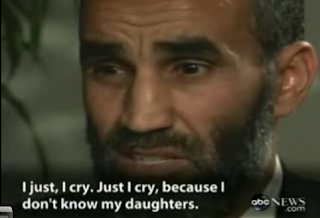 If Boumediene has been shipped from Bosnia to Bagram rather than to Guantanamo, then -- according to the Obama administration -- he would not have had any rights at all to any judicial review.  As disgraceful as his plight is -- 7 1/2 years in a cage for no reason -- his case is actually one of the better ones when compared to those who have been shipped from far away places to be imprisoned in Afghanistan, where the Obama administration continues to argue they have no habeas rights of any kind.

(4) Those who are defending Obama's proposal for "preventive detention" are, by definition, risking further Boumedienes -- enabling the imprisonment of those who have clearly done nothing wrong but who are nonetheless deemed "dangerous" by the Government.

(5) In his interview with Tapper, Boumediene talks about his desire to obtain some compensation for the 7 1/2 years of his life that were obliterated at Guantanamo.  Thus far, however, he has been blocked from doing so -- first by the Bush administration and now by the Obama administration, which continues to claim that "state secrets" would be jeopardized if the victims of our torture and wrongful detention such as Boumediene are permitted to have their claims heard in an American court.

(6) Here is Boumediene's description of what was done to him by the U.S. at Guantanamo -- perfectly consistent with what other Guantanamo detainees (and those at Bagram and elsewhere) have described, as summarized by Tapper:

Boumediene said he endured harsh treatment for more than seven years. He said he was kept awake for 16 days straight, and physically abused repeatedly.

Asked if he thought he was tortured, Boumediene was unequivocal.

Boumediene described being pulled up from under his arms while sitting in a chair with his legs shackled, stretching him. He said that he was forced to run with the camp's guards and if he could not keep up, he was dragged, bloody and bruised.

He described what he called the "games" the guards would play after he began a hunger strike, putting his food IV up his nose and poking the hypodermic needle in the wrong part of his arm.

"You think that's not torture? What's this? What can you call this? Torture or what?" he said, indicating the scars he bears from tight shackles. "I'm an animal? I'm not a human?"

UPDATE:  Just as is true of the numerous cases of detainee deaths, these two detailed accounts of what was done to the Algerian-Bosnian detainees at Guantanamo -- here and here -- demonstrate how delusional our torture debates have become ("it only involves 3 people who were waterboarded").