Night of the living neocons

The shameless fools whose Iraq folly empowered Iran's hard-liners are back, smearing Obama as an appeaser 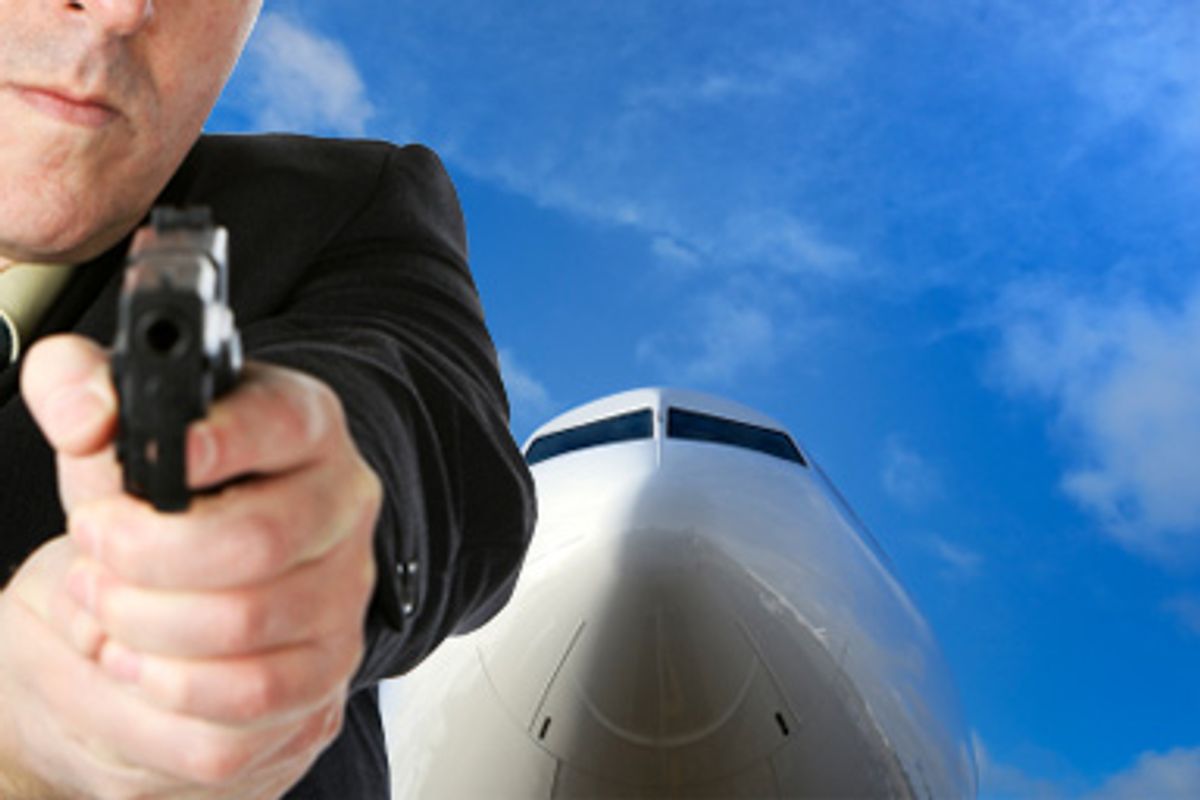 Like Rasputin, the unhinged "Mad Monk" whom they sometimes seem to have adopted as an intellectual role model, the neoconservatives who brought us the Iraq war refuse to die. Although they have been figuratively stabbed, poisoned, shot, garroted and drowned, they somehow keep standing, still insisting that history will vindicate George W. Bush's glorious crusade. In a world governed by the Victorian moral code conservatives claim to uphold, they would be shunned, shamed and forbidden to appear on television or write Op-Ed columns. But because Beltway decorum apparently requires that disgraced pundits be given a permanent platform to bray their discredited theories, the rest of us are condemned to listen to their ravings.

What caused the neocons and their fellow travelers on the right to sit up in their coffins this time is the almost certainly rigged Iran election and the massive unrest that has roiled the country in its aftermath. Outraged that Obama has not behaved like their hero Bush and begun loudly rattling his saber, the neocons have denounced him as -- you guessed it -- an appeaser. In a piece titled "Obama's Iran Abdication," the Wall Street Journal's editorial page, that bastion of unreconstructed neocon lunacy, attacked Obama for not supporting the Iranian protesters more vigorously and derided his "now-familiar moral equivalence" in citing the 1953 CIA-backed coup that toppled Iranian leader Mohammad Mossadegh. In an Op-Ed two days earlier, the paper's Visigothic editors, who have been calling for the U.S. to bomb Iran for years, took the opportunity to climb into the Wayback Machine to pay homage to one of George W. Bush's greatest hits. "It turns out that the 'axis of evil' really is evil -- and not, as liberal sages would have it, merely misunderstood," sneered the editors, suggesting that the crackdown should make Obama rethink trying to strike a grand nuclear bargain with Iran.

In his own attack on Obama, Sen. John McCain also rushed to resurrect Bush's Axis of Evil line, saying, "Look, these people are bad people and I know that it was unpopular to call them part of an axis of evil or whatever it was, but we just showed again that an oppressive regime will not allow democratic elections, free and democratic elections."

Neocon stalwart Danielle Pletka also made a not-so-subtle attempt to use the turmoil in Iran to justify Bush's invasion of Iraq. In a piece in the New York Times, she and fellow American Enterprise Institute pundit Ali Alfoneh wrote, "Encircled by American forces in Iraq and Afghanistan, besieged from within by disgruntled citizens, the supreme leader has turned to a bellicose strongman to preserve the system that elevated him." Earth to Pletka: George W. Bush is not president anymore, and even if he still was, the U.S. troops in Iraq and Afghanistan are not going to attack Iran. It would be more accurate to say that the soon-to-depart U.S. troops in Iraq are encircled by Iranian forces than the other way around.

The nadir of neocon idiocy, however, may be a piece by Robert Kagan that appeared in Wednesday's Washington Post. Titled "Obama, Siding With the Regime," it argues that because Obama wants to begin negotiations with Iran as soon as possible and does not want to appear "hostile to the regime," his "goal must be to deflate the opposition, not to encourage it." In other words, Kagan is saying that Obama would prefer to rush into a deal with a repressive, anti-Western Iranian regime than do what he is in fact doing, which is to recognize that U.S. meddling is counterproductive and wait and see what government emerges from Iran's current turmoil. That Kagan adduces no evidence for his bizarre assertion is hardly surprising, because there is none. Kagan's real purpose is to smear Obama as a craven appeaser, and the only way he can do that is to paint a ludicrously crude caricature of Obama and the foreign-policy realism he has embraced.

That these neoconservative pundits have the gall to talk about Iran at all, let alone pose as defenders of the Iranian people, would be stunning if it were not so familiar. For it was their own policies that were largely responsible for the rise of the hard-liners in Iran. As Islam expert Malise Ruthven notes in an essay on Iran in the current New York Review of Books, "external factors, driven by U.S. policies, were decisive" in thwarting Iran's nascent democratic movement. And of those U.S. actions, none was more consequential than the very "axis of evil" statement that the neocons are now tumbling over each other to glorify.

"George W. Bush's notorious 'axis of evil' speech in January 2002, linking Iran to its enemy Iraq and the maverick Communist republic of North Korea, undermined many of Khatami's achievements in improving Iran's international profile, and convinced the hard-liners that the Islamic Republic would become the next target in Bush's 'war on terror,'" Ruthven writes. "The build-up to the U.S. invasion of Iraq provided them with strong public support. In the local council elections of February 2003 -- one month before the invasion -- conservatives regained nearly all the seats they had lost in 1999 at the peak of the reformist movement. This was not a rigged poll: for unlike the parliamentary and presidential races, candidates for municipal elections are not vetted for 'Islamic suitability.' The right-wing victory was sealed two years later with Ahmadinejad's election as president."

In short, the very rhetoric the neocons are now demanding that Obama use backfired disastrously when Bush used it -- which is precisely why Obama has avoided repeating it. And, of course, the entire Iraq war greatly empowered Iran by removing its greatest enemy, Saddam Hussein, and shifting power to Iran's coreligionist Shiites.

One of the things the neocons would like the rest of us to forget is that they were the most ardent proponents of invading the very country whose people they now piously claim to support. Back in the heady "Mission Accomplished" days, the neocon slogan was "Wimps go to Baghdad -- real men go to Tehran." Leaving aside the fact that the neocons were a bunch of paper-pushing pundits ensconced in comfy right-wing think tanks who never "went" anywhere that didn't have room service, the point is that they have been burning to attack Iran for years -- an attack that would inevitably result in the slaughter of tens or hundreds of thousands of Iranians. Yes, some of them claimed that invading Iran would be a cakewalk, that the long-suffering Iranian people would welcome Americans as liberators, and so on. (Some of them even managed to keep a straight face while saying this.) And if you believe them, there's a bridge in Fallujah I'd like to sell you.

Beneath their talk of spreading freedom and democracy, the neocons have always hated and feared Iran. There are several reasons for this, including the state of enmity between Iran and America spurred by the Khomeini revolution and the 1979 hostage crisis, but the main one is that Iran is Israel's most dangerous enemy. Removing Iran as a threat to Israel is the main strategic goal of the neoconservatives, and that goal is far more important to them than "liberating" the Iranian people.

For the truth is that the neocons' supposed "idealism" was and is in fact a fig leaf covering utter, cavalier indifference to the massive death and destruction their reckless -- but so "principled" -- policies caused. This was true of Iraq, for which the Bush administration did not even keep figures of Iraqi deaths, and it is even more true of Iran. As my Salon colleague Glenn Greenwald has pointed out, the same neocons who now claim to want to help the Iranian people were -- and still are -- quite prepared to kill countless civilians in a large-scale military attack on the country.

The situation in Iran is a tricky moving target, but so far, Obama has played it exactly right on. He has expressed deep concern about the election and the regime's violent response to peaceful demonstrators, but added that "it is not productive, given the history of US-Iranian relations to be seen as meddling -- the U.S. president, meddling in Iranian elections." Obama's caution is wise. As Trita Parsi, the founder of the National Iranian American Council told the Washington Independent, "The framing that Ahmadinejad is presenting is one in which essentially the whole [opposition] is a Western media conspiracy ... So the administration is doing exactly the right thing. They're not rushing in and they're not playing favorites ... [This] is not a battle in the slightest to be fought by any in the international community or any entity. Iranians have tremendous pride in doing this themselves."

It should be amply clear by now that America's ability to influence events in the Middle East is severely limited. Indeed, as the Bush years showed, U.S. actions in the region tend to result in the exact opposite of their intended consequences.

No one denies that it would be in America's interests to have a less autocratic regime running Iran. And it goes beyond that. Everyone with a conscience and a heart is horrified by images of Iranian protesters being beaten or killed by thugs and police. Everyone wishes the best outcome for the Iranian people. The question is how to achieve that. The U.S. may be able to help, but it could end up hurting. And beyond that, there are legitimate questions about whether the U.S. should take upon itself the role of world policeman.

Neocons like Kagan deride Obama's cautious approach to Iran as a return to amoral "realism." But this is a caricature. Obama's foreign policy is still evolving, but it is becoming clear that he is pursuing what Robert Wright has called "progressive realism." It is realistic, because it recognizes the limits of American power and the fact that all states must ultimately act out of national self-interest. But as his historic Cairo speech showed, it is also progressive, because it defines that self-interest broadly enough to include a commitment to human rights, democracy and social justice. Obama's foreign policy eschews imperialist ambitions, but recognizes that for a superpower, total isolationism is neither possible nor desirable. (Case in point: Rwanda.)

His approach has already borne fruit. The success of the March 14 Alliance in Lebanon, a major victory for the U.S., is widely attributed to the "Obama effect." Just one month of U.S. pressure induced Israel's far-right Prime Minister Benjamin Netanyahu to utter the magic words "Palestinian state." And most critically, as David Ignatius noted in an important column in Tuesday's Washington Post, Obama's openness to the Muslim world and more sophisticated presentation of America has empowered the reformers in Iran and throughout the Arab/Muslim world, and diminished the appeal of militant jihadism.

The neocons are demanding righteous outrage, and claiming that Obama's failure to deliver it is a sign of cowardice, moral relativism and even anti-Americanism. (Neocon pundit Charles Krauthammer claimed that Obama is displaying a "disturbing ambivalence toward [his] country.") But outrage is not a foreign policy, and their own "moral clarity" resulted in the maiming of an entire country and one of the worst foreign-policy debacles in U.S. history. Instead of mounting their bully pulpit yet again, they should be seeking a confessional.