The NSA is still listening to you

Bush went away, but domestic surveillance overreach didn't. It's now the law, and the ACLU is fighting back 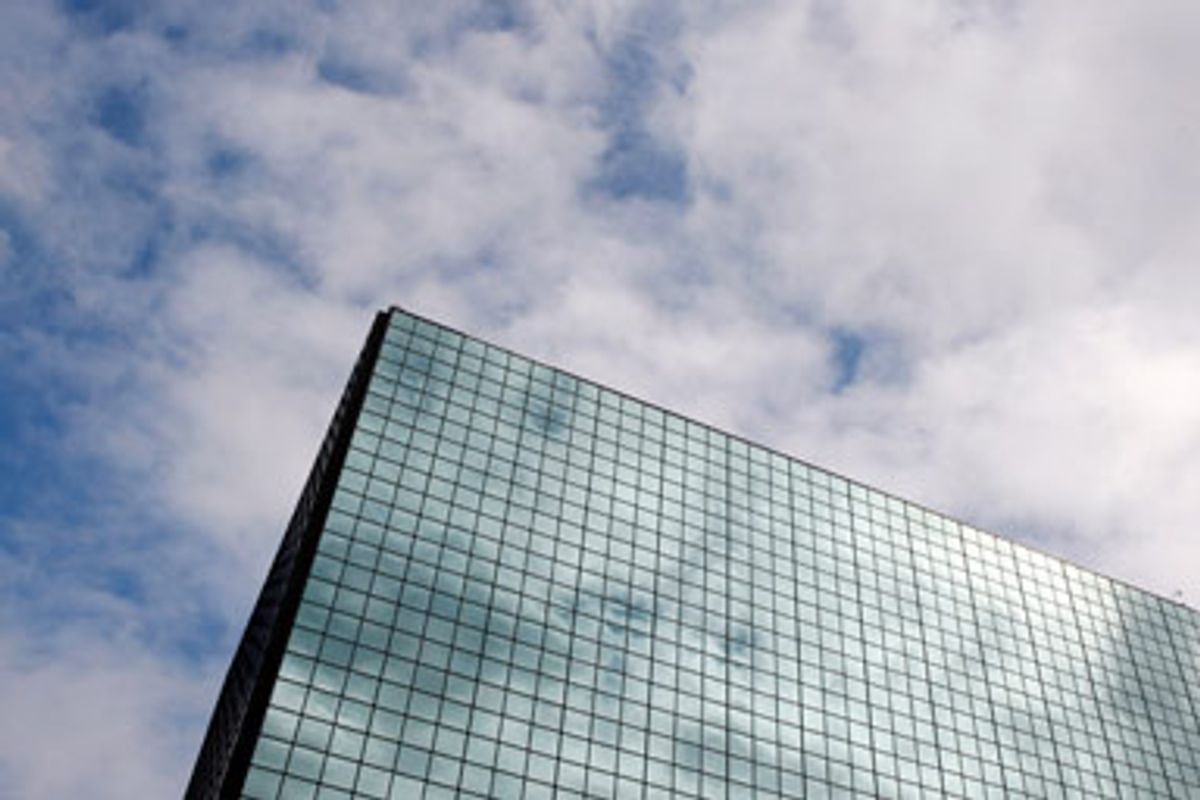 This summer, on a remote stretch of desert in central Utah, the National Security Agency will begin work on a massive, 1 million-square-foot data warehouse. Costing more than $1.5 billion, the highly secret facility is designed to house upward of trillions of intercepted phone calls, e-mail messages, Internet searches and other communications intercepted by the agency as part of its expansive eavesdropping operations. The NSA is also completing work on another data warehouse, this one in San Antonio, Texas, which will be nearly the size of the Alamodome.

The need for such extraordinary data storage capacity stems in part from the Bush administration's decision to open the NSA's surveillance floodgates following the 9/11 attacks. According to a recently released Inspectors General report, some of the NSA's operations -- such as spying on American citizens without warrants -- were so questionable, if not illegal, that they nearly caused the resignations of the most senior officials of both the FBI and the Justice Department.

Last July, many of those surveillance techniques were codified into law as part of the Foreign Intelligence Surveillance Amendments Act (FAA). In fact, according to the Inspectors General report, "this legislation gave the government even broader authority to intercept international communications" than the warrantless surveillance operations had. Yet despite this increased power, congressional oversight committees have recently discovered that the agency has been over-collecting on the domestic communications of Americans, thus even exceeding the excessive reach granted them by the FAA.

I am an author and journalist specializing in national security issues and terrorism, and often communicate with parties in the Middle East as part of my work. Because of concerns that my communications might have been monitored, in early 2006, shortly after NSA's warrantless surveillance program was revealed by the New York Times, I became a plaintiff in a lawsuit brought by the American Civil Liberties Union against the NSA that argued that the program was illegal and should be shut down. We prevailed in federal district court, with Judge Anna Diggs Taylor finding that President Bush had violated both the law and the Constitution, but lost on the government's appeal when the court ruled the plaintiffs could not prove that they were personally victims of the secret eavesdropping program. In a decision worthy of Lewis Carroll, the appeals court held both that the government could refuse to confirm or deny whether it had monitored plaintiffs' communications and that plaintiffs could not challenge the constitutionality of the program unless they could show that their communications had been monitored. A dissenting judge pointed out that the court's decision was inconsistent with Supreme Court precedent and would effectively render the program unreviewable by the courts.

On Wednesday, the ACLU will once again appear in federal court, this time in a separate lawsuit charging that the new FAA statute is unconstitutional. The ACLU is right. While the FAA prohibits the agency from intentionally "targeting" people within the U.S., it places virtually no restrictions on the targeting of people outside the U.S. even if those targets are communicating with U.S. citizens and residents. The law essentially allows the agency virtually unfettered access to the international communications of innocent Americans in clear violation of the Fourth Amendment.

Also troublesome is the fact that the FAA emasculates the Foreign Intelligence Surveillance Court, the one independent check and balance between the agency and the American public. Originally established as a response to the discovery by Congress in the mid-1970s that the NSA had been illegally eavesdropping domestically for decades, the FISA court required the government to show that there was probable cause to believe that its surveillance target was an agent of a foreign government or terrorist group in order to obtain a necessary warrant. But the new law does away with this requirement, and now the NSA does not even have to identify the targets of its surveillance at all as long as it is targeting people outside the U.S., leaving the agency free, for example, to target human rights activists or media organizations overseas, even if they are communicating with family or editors back in the U.S. As former NSA "voice interceptor" Adrienne Kinne told me in my book, "The Shadow Factory: The Ultra-Secret NSA From 9/11 to the Eavesdropping on America," the agency targeted both groups during the Bush administration, including eavesdropping on intimate bedroom conversations.

Further removing the FISA court from any meaningful role, the new law even gags the judges, prohibiting them from asking the government who, what, where or why it is launching any particular surveillance program.

Finally, the FAA fails to place any meaningful limitations on the NSA's retention of phone calls, e-mail and other communications that it collects -- necessitating the colossal data storage mausoleums it is now building. The agency need only show that it has "reasonably designed" procedures to minimize information retention, which must give way to the NSA's need "to obtain, produce, and disseminate foreign intelligence information." And because "foreign intelligence" is very broadly defined, this allows the NSA to conduct immense data mining operations within those centers.

Among the most striking discoveries to come out of the Inspectors General report was that, despite the enormous expansion of the NSA's capabilities, including turning its giant ear inward for the first time in three decades, no one could point to any significant counterterrorism success. Instead, it warned that while the agency had little difficulty collecting vast amounts of data, the trouble was analyzing it all. It was a problem akin to Jorge Luis Borges' "Library of Babel," a place where the collection of information is both infinite and at the same time monstrous, where the entire world's knowledge is stored, but not a single word understood. In this "labyrinth of letters," Borges wrote, "there are leagues of senseless cacophonies, verbal jumbles and incoherences." In addition to the civil liberties and constitutional defects in the new surveillance law, another compelling argument against it is that it only increases the amount of "senseless cacophonies" in America's Library of Babel.

[James Bamford is the author of three books on the National Security Agency, including his latest, "The Shadow Factory: The Ultra-Secret NSA From 9/11 to the Eavesdropping on America," which has just been released in paperback.