Liveblogging: On the timing of this speech 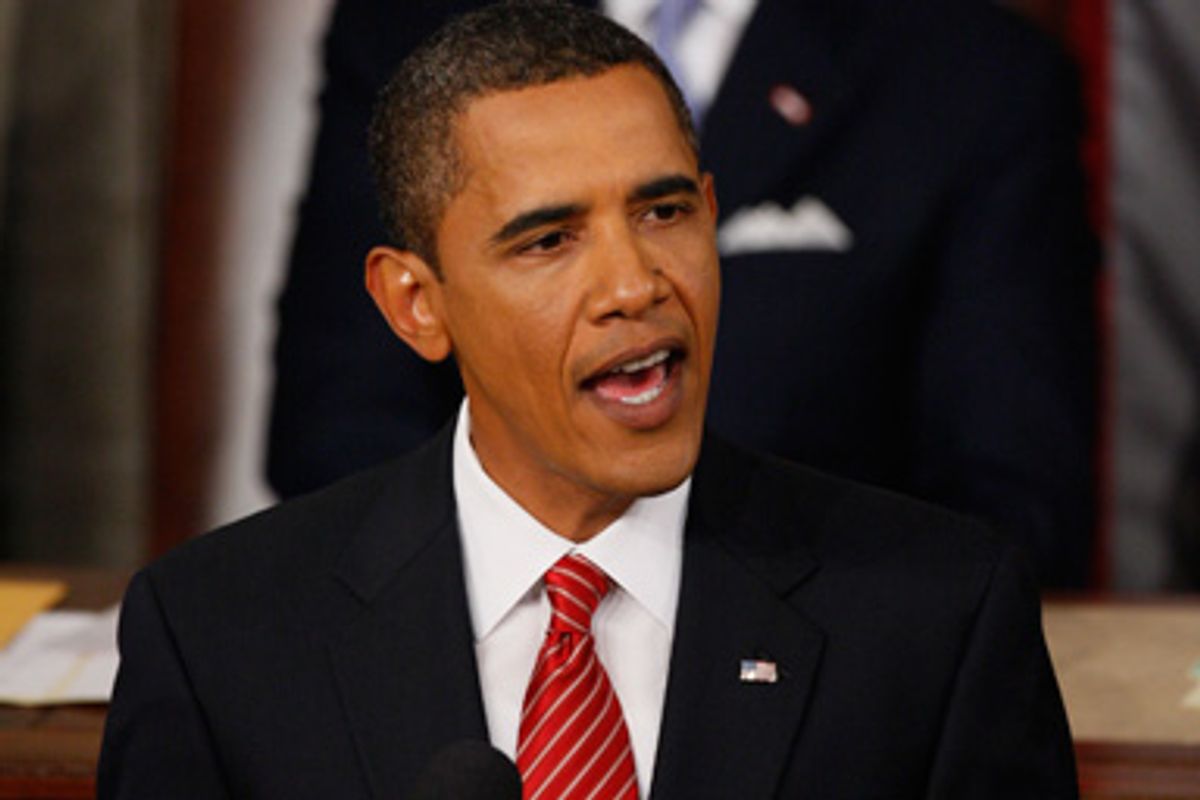 The White House says it always planned to push for healthcare reform with a major primetime presidential speech of some sort, either from the Oval Office or to a joint session of Congress, sometime this fall. But how did tonight's address happen the way -- and on the day -- it did?

A senior administration official, previewing President Obama's speech for reporters this afternoon on condition of anonymity, said the complexity of the healthcare issue ruled out an Oval Office address. Those speeches tend to be shorter than addresses to Congress; tonight's speech is expected to run about 35-40 minutes, including breaks for applause. It's also usually easier for the White House to ask TV networks for precious primetime programming slots for newsy events, and an address to a joint session of Congress -- which the senior official acknowledged was "the most powerful rhetorical arrow in his quiver" -- is hard for networks not to show. (Though that didn't stop Fox from airing "So You Think You Can Dance" instead.)

As for the timing, White House aides wanted to stay ahead of the healthcare debate as Congress returned to Washington after its August recess. "We're probably giving this speech a little bit earlier than we would have originally planned, in part because we don't want this to devolve back into" the small-bore fights that dominated the summer, the official said.

But the White House is also claiming that merely by scheduling the speech, Obama has helped move the debate forward. "We always felt that we would pull the strands of this together in the fall, and things are working that way," the official said. The news today that the final Senate committee left to act will soon move forward with the bill with or without Republicans on board, in the White House's take, means the whole plan is falling into place. If a deal comes together soon, that could let the White House claim credit for having pushed along a deal that's already coming together behind the scenes -- and, specifically, to claim that the speech was what provided the catalyst to get things done.

Of course, that assumes that Congress is able to get its act together and pass a bill that meets Obama's goals. But the White House is already banking on that, so much so that aides are acknowledging that it would be a major failure if no reform passes. So in that sense, the speech is a classic political move -- if you think the whole thing is going to end up as a victory, why not get out ahead of the action and say you were the one who delivered it?