Critics' Picks: When the Bradys jumped the shark

Was "The Brady Bunch Variety Hour" the worst TV show ever? A new book makes a convincing (and charming) case 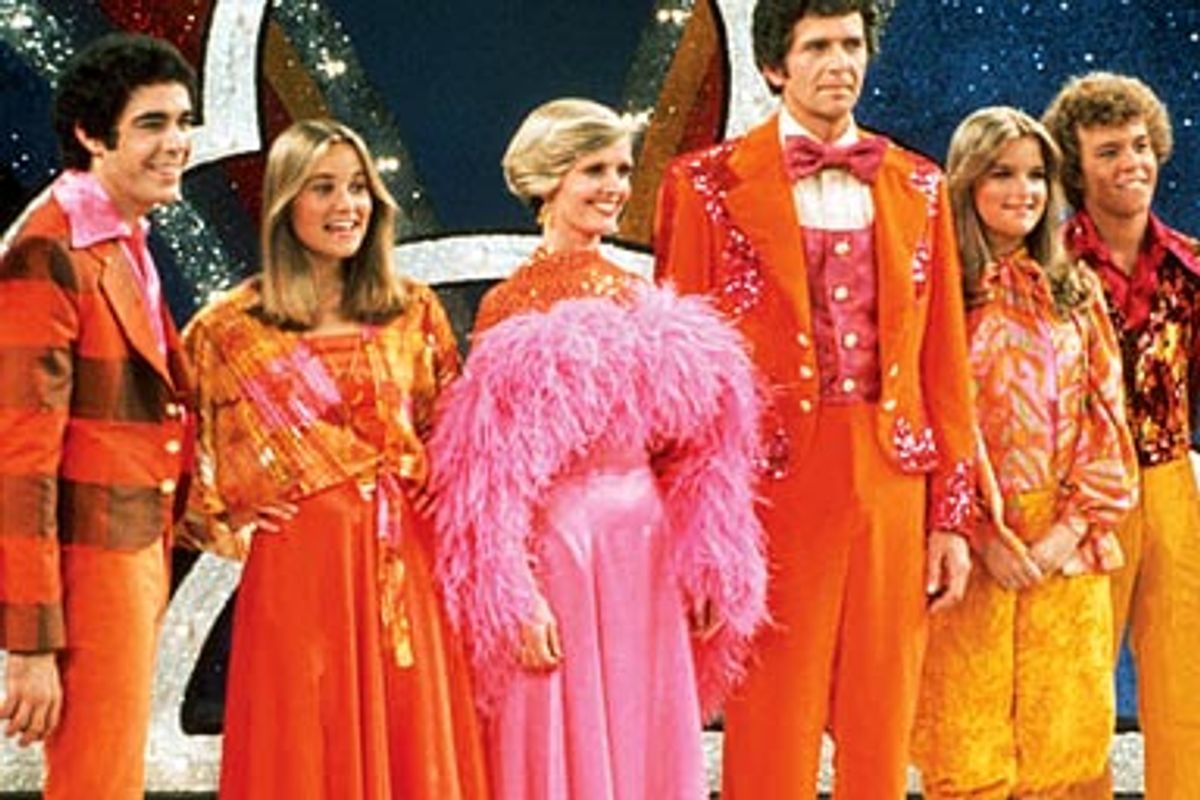 You think reality TV invented shamelessness? Kids, you have no idea.

“The Brady Bunch” was a corny, campy, but strangely lovable part of our lives. "The Brady Bunch Variety Hour" was the mutant cousin in the basement. Now, even those born long after the time when a perm and wide shirt collar were somehow considered attractive can experience it in glorious horror via a photo-packed, glitter-dappled scrapbook co-written by the one in curls herself, Susan Olsen.

For one strange and inexplicable late '70s year, America’s favorite blended family returned to the television airwaves as the spangly stars of one of the most appallingly weird spectacles to ever make it to network television. "Love to Love You Bradys" is, undeniably, a head-scratchingly hilarious celebration of a show that welcomed both Tina Turner and H.R. Pufnstuf, that notoriously featured a "fake Jan," and that the authors themselves refer to as "a steaming turd." It’s also a candid peek into the workings of a sinking, polyester ship, replete with closeted homosexuality (Robert Reed), drug abuse (Maureen McCormick), hissy fits (Florence Henderson) and some of the worst attempts at singing and dancing ever recorded in human history.

Only by understanding those things that Ann B. Davis refers to as "unmitigated disasters" can we hope to never repeat them. "Love to Love You Bradys" is the "Wisconsin Death Trip" of the disco era -- strange, awful and utterly, guilt-inducingly fascinating.

"AD: New Orleans After the Deluge" by Mary Elizabeth Williams