Who does Polanski's victim say "ruined" her life? It's not him. It's us 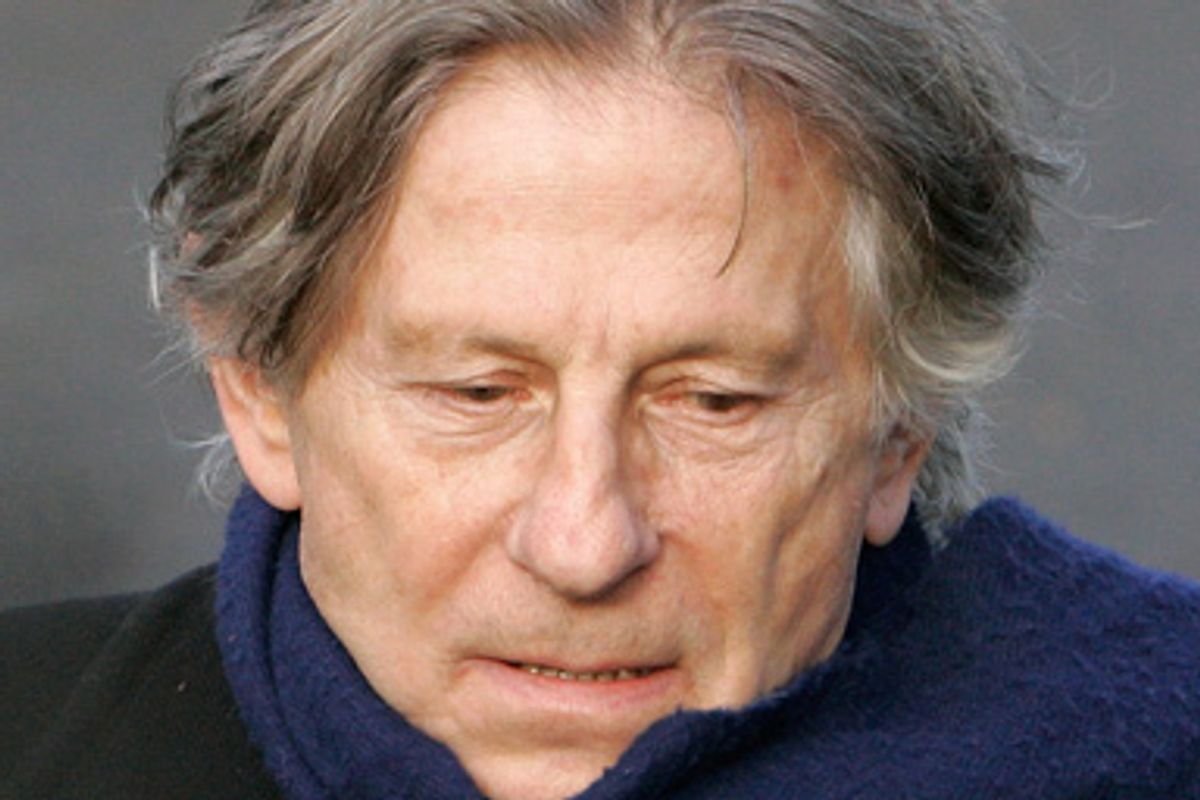 Do you know someone who was sexually abused? Considering the statistics -- that roughly one girl in six is, chances are you do, even if you don’t know you do. Was it your best friend? Your cousin? Was it you? I know lots of women who were. One of my closest friends was molested by her father for years, until she hit adolescence and no longer appealed to him. A childhood friend was abused by a baby sitter. Another was gang raped by a bunch of classmates in junior high. What they all have in common is that none of them ever pursued criminal charges against their assailants.

All of which is why the potential extradition of 76-year-old director and fugitive Roman Polanski feels like an entirely Pyrrhic victory. And why I understand so well his accuser’s long-standing request to put the events of March of 1977, when she was 13, behind her.

We may like to cling optimistically to the ideal of justice. That someone who sexually assaulted a girl and then skipped out of the country should, instead of receiving standing ovations at the Academy Awards, rot in a jail cell. I feel that way about Polanski as much as I do about the men who raped my friends. But life isn't that simple or that satisfying.

I had a friend years ago who did press her case. She was a teenager and a virgin. After it happened, she went through weeks of physical exams from a variety of doctors. She had cops knocking on her door at odd hours checking for inconsistencies in her story. Meanwhile, he and his friends continued to stroll through the same environs that she and her crew did, staring at us, whispering, calling her a slut. I remember the cafeteria workers glaring at her in the lunch line. In the end, nothing ever came of her accusations, except that her grades dropped and her small frame grew even skinnier. Months after she'd replayed the events of that night again and again to so many different and indifferent sources, she told me she regretted ever making a call to the authorities.

Yes, that stinks, and it’s wrong. But sexual abuse changes a person, forever. It doesn’t make her eternally a victim; it doesn’t taint her or ruin her. It does, however, create a before and after. It’s what happens in the after that matters.

Regardless of what Polanski may have suffered in his life or what he may have accomplished, he is also a man who has admitted to having a sex with a 13-year-old girl. One whose accuser has stated she said no repeatedly, and that “I was afraid of him.” Why, then, did she file a formal request in 1997 for Los Angeles prosecutors to drop the charges against him, saying, “I have survived, indeed prevailed, against whatever harm Mr. Polanski may have caused me as a child. I got over it a long time ago"?

It’s hard enough to be a 13-year-old girl who was drugged and sodomized. How much more is that violation compounded when, 30 years later, you’re a 45-year-old mother of three and still being portrayed as an aspiring model “seduced” by a successful older man? No wonder she says, “Every time this case is brought to the attention of the Court, great focus is made of me, my family, my mother and others. That attention is not pleasant to experience and is not worth maintaining over some irrelevant legal nicety, the continuation of the case."

You want to report your sexual assault? Be prepared to pay for your own rape kit.  To be blamed for not exercising “due care” for your own safety. To feel “raped all over again” as your accused attacker cross-examines you in court. To have your sexual history trotted out in public. To be stoned to death.

In a just and ideal world, the men who abuse children would feel the shame and pain that they put their victims through, a thousand times over. They would pay for their actions. If somebody ever hurt my daughters the way that my friends have been hurt, the way that 13-year-old girl was hurt so long ago, there wouldn’t be a punishment baroque enough to quell my desire for retribution.

But you can’t bring back innocence by tossing anybody in jail. You can’t write a settlement check and make it go away. And you sure as hell can’t even the score by dragging a survivor through three decades of personal pain. So while I can intellectually agree that a debt must be paid for a crime committed, and while I can applaud every man and woman who has ever spoken out and sought justice for their abuse, emotionally, I want something else.

I want to leave Roman Polanski’s victim alone. I don’t want to make her the official spokesperson for sexual victimhood, or relive a life-changing horror. I don't want to presume what's best, when I don't have to live with her nightmares. For Polanski to live out his days scot-free in European ease feels wrong and unfair. It makes a whole lot of us uncomfortable. But I’d rather live with my own revulsion at his actions than carry out some rote exercise in feel-good amends if it means any measure of ease and peace for his victim. I believe her when she says, “It was the media that ruined my life.” And I don’t want to be in the same boat with the man who raped her.