In stunning choice, Obama wins less than a year after taking office because of his international diplomacy 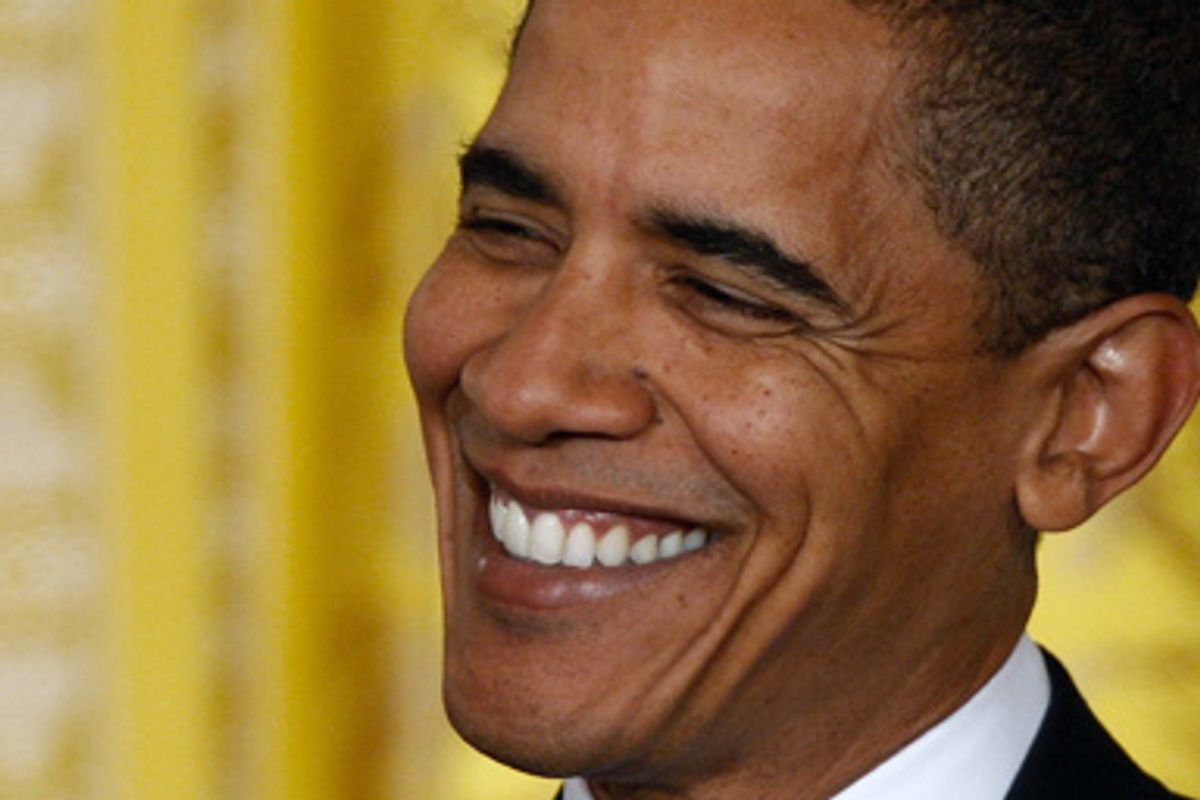 President Barack Obama won the 2009 Nobel Peace Prize on Friday for "his extraordinary efforts to strengthen international diplomacy and cooperation between peoples," the Norwegian Nobel Committee said, citing his outreach to the Muslim world and attempts to curb nuclear proliferation.

The stunning choice made Obama the third sitting U.S. president to win the Nobel Peace Prize and shocked Nobel observers because Obama took office less than two weeks before the Feb. 1 nomination deadline. Obama's name had been mentioned in speculation before the award but many Nobel watchers believed it was too early to award the president.

Speculation had focused on Zimbabwe's Prime Minister Morgan Tsvangirai, a Colombian senator and a Chinese dissident, along with an Afghan woman's rights activist.

The Nobel committee praised Obama's creation of "a new climate in international politics" and said he had returned multilateral diplomacy and institutions like the U.N. to the center of the world stage. The plaudit appeared to be a slap at President George W. Bush from a committee that harshly criticized Obama's predecessor for resorting to largely unilateral military action in the wake of the Sept. 11 terror attacks.

Rather than recognizing concrete achievement, the 2009 prize appeared intended to support initiatives that have yet to bear fruit: reducing the world stock of nuclear arms, easing American conflicts with Muslim nations and strengthening the U.S. role in combating climate change.

"Only very rarely has a person to the same extent as Obama captured the world's attention and given its people hope for a better future," Thorbjoern Jagland, chairman of the Nobel Committee said. "In the past year Obama has been a key person for important initiatives in the U.N. for nuclear disarmament and to set a completely new agenda for the Muslim world and East-West relations."

He added that the committee endorsed "Obama's appeal that 'Now is the time for all of us to take our share of responsibility for a global response to global challenges.'"

President Theodore Roosevelt won the award in 1906 and President Woodrow Wilson won in 1919.

The committee chairman said after awarding the 2002 prize to former Democratic President Jimmy Carter, for his mediation in international conflicts, that it should be seen as a "kick in the leg" to the Bush administration's hard line in the buildup to the Iraq war.

Five years later, the committee honored Bush's adversary in the 2000 presidential election, Al Gore, for his campaign to raise awareness about global warming.

The Nobel committee received a record 205 nominations for this year's prize though it was not immediately apparent who nominated Obama.

"The exciting and important thing about this prize is that it's given too someone ... who has the power to contribute to peace," Norwegian Prime Minister Jens Stoltenberg said.

Nominators include former laureates; current and former members of the committee and their staff; members of national governments and legislatures; university professors of law, theology, social sciences, history and philosophy; leaders of peace research and foreign affairs institutes; and members of international courts of law.

The Nelson Mandela Foundation welcomed the award on behalf of its founder Nelson Mandela, who shared the 1993 Peace Prize with then-South African President F.W. DeKlerk for their efforts at ending years of apartheid and laying the groundwork for a democratic country.

"We trust that this award will strengthen his commitment, as the leader of the most powerful nation in the world, to continue promoting peace and the eradication of poverty," the foundation said.

In his 1895 will, Alfred Nobel stipulated that the peace prize should go "to the person who shall have done the most or the best work for fraternity between the nations and the abolition or reduction of standing armies and the formation and spreading of peace congresses."

Unlike the other Nobel Prizes, which are awarded by Swedish institutions, he said the peace prize should be given out by a five-member committee elected by the Norwegian Parliament. Sweden and Norway were united under the same crown at the time of Nobel's death.

The committee has taken a wide interpretation of Nobel's guidelines, expanding the prize beyond peace mediation to include efforts to combat poverty, disease and climate change.