We're just pretending to get richer -- it's not the real thing 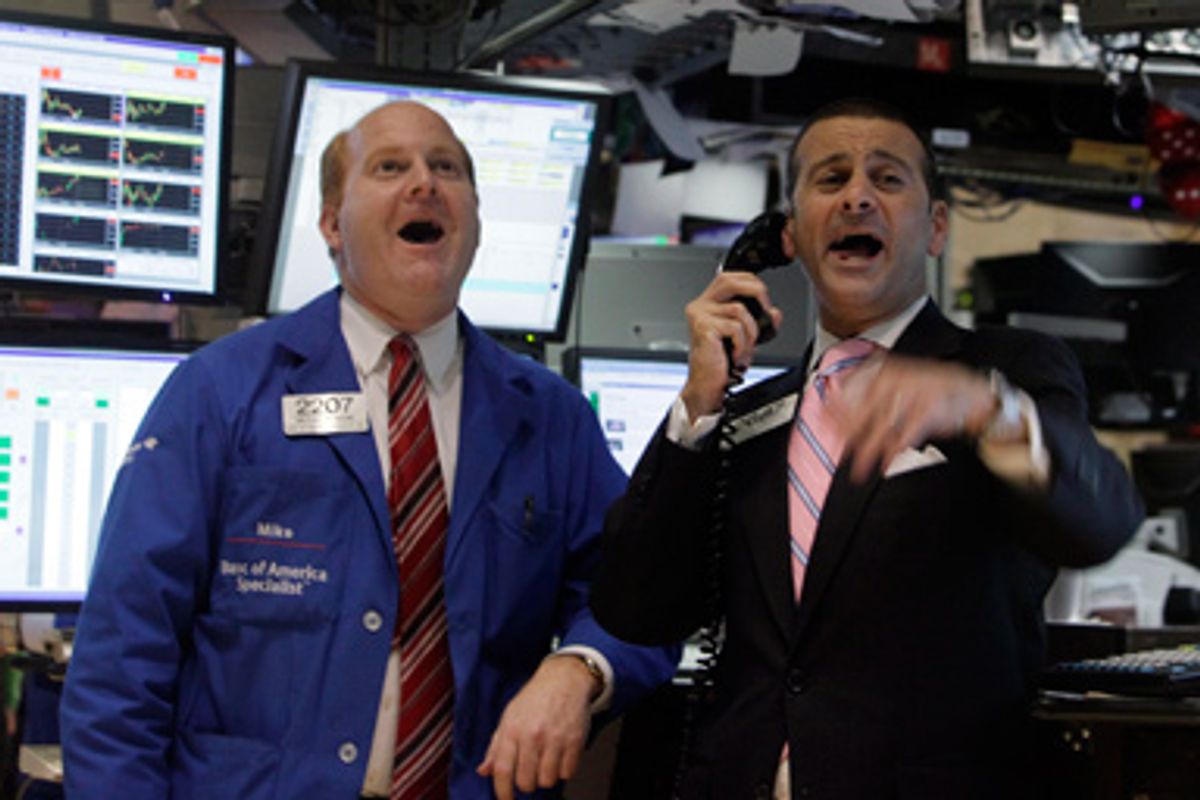 How did the Dow break 10,000 when the rest of the economy is in the toilet?

1. Corporate earnings are up -- mainly because companies have been cutting costs. Payrolls comprise 70 percent of most companies' costs, which means companies have been slashing jobs. In the end, this is a self-defeating strategy. If workers don't have jobs or are afraid of losing them, they won't buy, and company profits will disappear.

2. Federal borrowing has filled the gap that consumers and businesses created when the latter began to reduce their debt. Federal debt, in other words, has kept the economy from tanking. Can't keep up forever, though.

3. With such horrid employment numbers, Wall Street figures the Fed will keep interest rates low for some time, and continue to flood the economy with money. That's good news for the Street because it means money stays cheap -- and with cheap money the Street can make lots of bets on almost everything under the sun and moon. As a result, the Street's earnings are way up. But this, too, is temporary. At some point the Fed is going to worry about inflation and a falling dollar.

4. Investors of all stripes want to get in early and ride the wave. Pension funds, mutual funds, and other institutional investors figure the bull market has more oomph in it because, well, other investors will jump in. Think Ponzi scheme. Nice for now, but watch out if you're one of the last in.

In other words, this is all temporary fluff, folks. Anyone who hasn't learned by now that there's almost no relationship between the Dow and the real economy deserves to lose his or her shirt in the Wall Street casino.