Did Meghan McCain get called a slut?

She posted a low-cut image on Twitter. But is the "backlash" real? 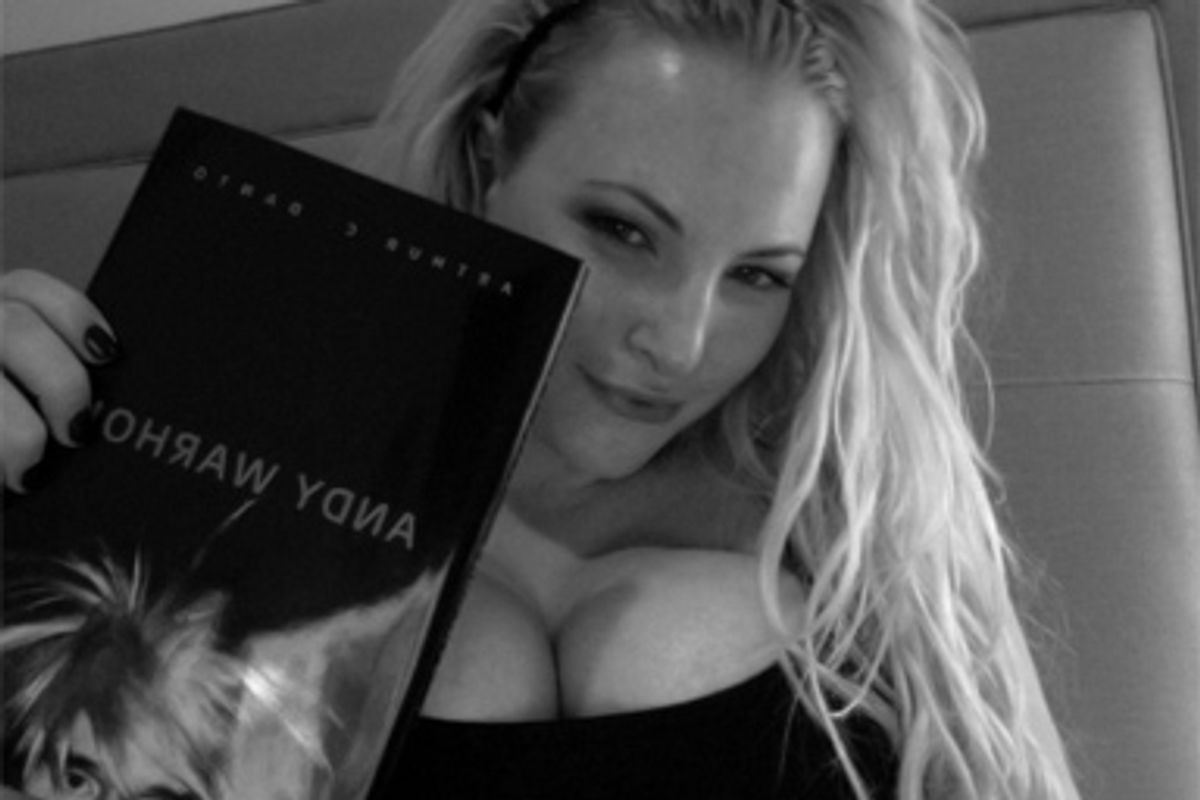 It’s not yet Friday, but Meghan McCain is already a shoo-in for the title of Homebody of the Week. Emphasis on the body. Like millions of other Americans, McCain decided yesterday to have a “night in.” This being the 21st century, though, a night in isn’t complete without broadcasting about it to the universe. So the 24-year-old daughter of former presidential contender John McCain posted a picture of herself on Twitter, “ready to curl up with the Andy Warhol biography and takeout.” A picture that shows her in a low-cut tank top and prominently features her spectacular rack.

Within nanoseconds, the Twittersphere was apparently lit up with responses. And 15 minutes later, McCain shot back, angrily tweeting that “so I took a fun picture not thinking anything about what I was wearing but apparently anything other than a pantsuit I am a slut,” and "when I am alone in my apartment, I wear tank tops and sweat pants, I had no idea this makes me a 'slut', I can't even tell you how hurt I am.” She then threatened to “get the fuck off Twitter.” Finally, in the cool light of day, she backpedaled, writing, “I do want to apologize to anyone that was offended by my twitpic, I have clearly made a huge mistake and am sorry 2 those that are offended.”

It’s true it doesn’t take more than a flash of cleavage to overexcite a whole lot of people, especially those who are home on a weeknight and not watching "Glee." But McCain’s overflowing cups of outrage may be unwarranted.

Though the Daily News was quick to seize upon the alleged “backlash” to the TwitPic and ABC News mentioned the “criticism,” there’s nary a sign of it today.

It happens that, today, McCain’s new post for the Daily Beast – which despite her ire she managed to tweet about – is about body image and criticism thereof. Titled “Stop the Fat Jokes!” it’s a meditation on the public fascination with celebrity size, including her own. “I have been mocked for my weight ... And I always hit back,” she writes. And indeed she has, as when she famously suggested her critics kiss her fat ass.  “This is the way I look, this is the way my body looks,” she writes. “I hope my refusal to conform to the media’s standard of an ideal body image makes it easier for other girls out there.”

Laudable, and remarkably well-timed. The story was clearly written before the Wednesday night décolleté incident, and there’s no mention of it in the text. So perhaps it’s just a coincidence McCain posted a somewhat provocative photo right before her blog on women’s bodies went up. Perhaps she genuinely did feel like huffing off Twitter today, despite gaining two thousand new followers in the past 24 hours. And perhaps last night there was an outpouring of cruel criticism for what was merely a guileless gesture. But looking at the picture, one can't shake the feeling that the most revealing element isn't below McCain’s neckline. It's in her gently smudged eye shadow and her casually tousled blond locks. It’s in her knowing smile.

(Ed. note: Not long after this post was filed, McCain Tweeted that she would not be Tweeting anymore. Honestly: Who can keep up?)