Why is the media defending Fox and attacking Obama?

It could be a simple matter of who's in the club, and who isn't 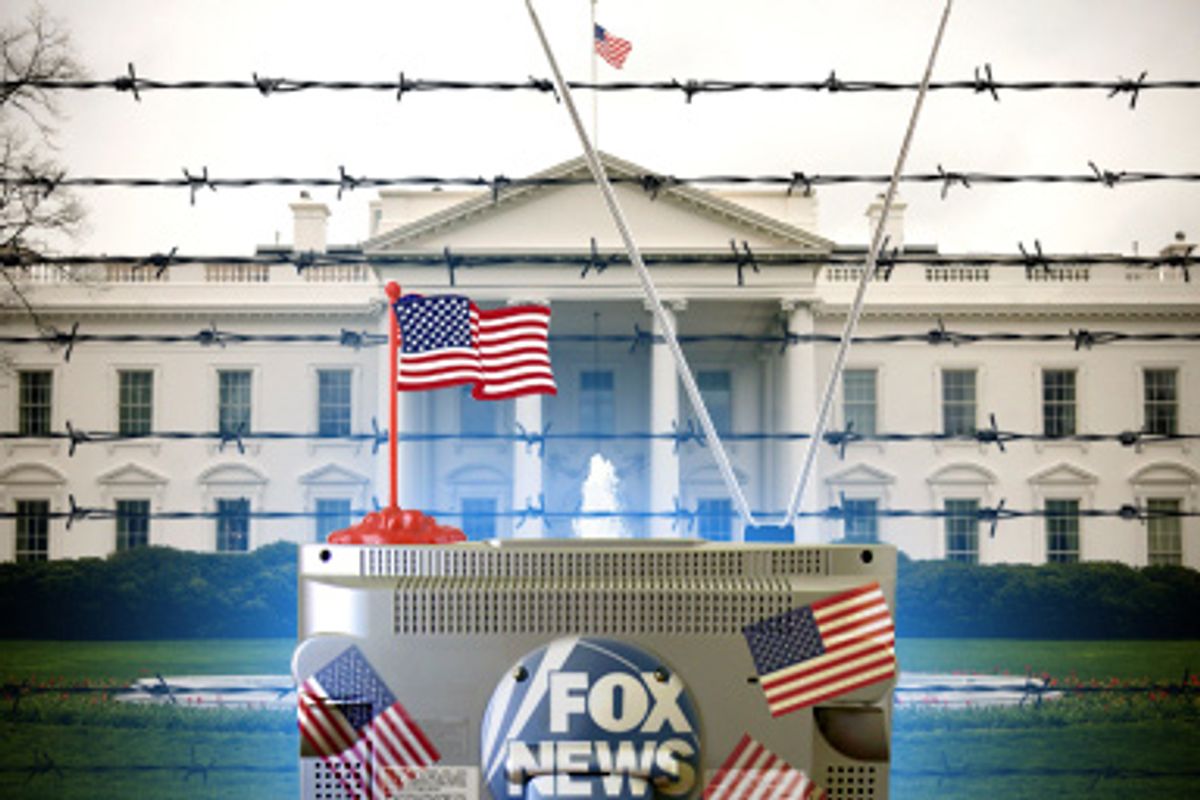 By the time the White House got around to declaring that the administration had simply had enough of Fox News Channel, it wasn't exactly a surprise to anyone. Just three months into President Obama's term, Fox's broadcasting parent had stopped showing presidential news conferences, sticking with regularly scheduled fare like "Lie to Me" instead; returning the favor, Obama froze them out last month when he appeared on every other network's Sunday show to pitch healthcare reform. An armada of Fox News hosts spend their time getting the right-wing troops hot and bothered about creeping socialism and murky conspiracy theories, and the network's fodder often quickly becomes a GOP talking point.

So on the face of it, there wasn't much to argue with when White House aides started saying most of the Fox News crew wasn't giving them a fair shot. Still, listening to some Beltway pundits react to the administration's decision, you might think the White House had ordered Fox boss Roger Ailes to be shipped off to Guantánamo. Fox News isn't exactly universally admired by other political reporters -- after all, the network's "Fair and Balanced" slogan is pretty obviously meant to be a shot at the rest of the press corps, and its cable news competitors get almost as many barbs from Fox as the administration does. But some talking heads from other news organizations started scolding the White House as soon as the battle was joined.

"It makes the White House look childish and petty at best, and it has a distinct Nixonian -- Agnewesque? -- aroma at worst," Ruth Marcus wrote on a Washington Post blog. Her colleague Sally Quinn told Fox News the episode reminded her of Watergate. (Likewise, NPR's Ken Rudin initially compared the White House move to Nixon's enemies list, though he later apologized for the comparison.) ABC News' Jake Tapper pressed the White House on whether it was appropriate for officials to weigh in on what was or wasn't a legitimate news organization. On Time's Swampland blog, Joe Klein said the White House was better off ignoring Fox than trying to hit back.

The voices siding with Fox got louder last week, when the Treasury Department attempted to exclude the network from a series of interviews on new rules on executive pay. Washington bureau chiefs from the other networks quietly, but effectively, protested, insisting that Fox couldn't be cut out of the loop; the administration backed down, blaming overzealous Treasury aides for what press secretary Robert Gibbs called a mixup. By Tuesday night, CNN's Campbell Brown was apparently trying to use the feud to play Fox against MSNBC, which may have been an effort to make her own network look better in comparison, but had the effect of seeming to defend Fox's coverage in the process.

No other media organization has been anywhere near as outraged as Fox has on its own behalf, of course. Fox host Glenn Beck has practically issued a fatwa against White House communications director Anita Dunn, the Obama aide who first went public bashing the network, accusing her of Maoist tendencies and frequently bringing up China's Great Leap Forward, as if the plans for the early years of Chinese Communism had been hatched at Dunn's political consulting firm. But the spectacle of Washington pundits defending a competitor that had itself cheered on the Bush administration as it went after NBC last year was still a little strange. (For that matter, Fox News didn't seem too concerned when Dick Cheney's staff tried to boot the New York Times from the press plane that travels with the vice-president, either.) "As soon as the press hears politicians are attacking the press, there's a little bit of 'circling the wagons' effect," said David Brock, the founder of Media Matters, a liberal group that has been far more ferocious about Fox than the White House has. "It would seem to me that the rest of the press knows exactly what Fox is and knows that this attack isn't an attack on the press, it's an attack on a partisan political operation."

The White House says it didn't expect to persuade many reporters. "We're not surprised, since the mainstream media believe in institutional solidarity, even though many Fox hosts make a living out of attacking them," one senior administration official told Salon.

That does, in fact, seem to be part of the reaction here. The White House press corps has its own membership guild, the White House Correspondents Association, with bylaws, a board of directors and regular meetings; the WHCA may discuss the Fox feud at its next board meeting, scheduled before it all started. (Full disclosure: Salon is a member of the in-town pool rotation that the WHCA maintains, and I'm a member of the association, but we don't buy a table at its annual Hollywood-meets-D.C. dinner.) The group decides who sits where in the White House briefing room and which news organization gets workspace in the West Wing. Though the TV networks have their own smaller klatch that dealt with the Treasury situation, the WHCA didn't like it that much, either. "Our core principle is that the press should determine the structure of the pool, not the White House," said WHCA board member Caren Bohan, who writes for Reuters Thompson. "And this seemed to be an attempt by the administration to try to micro-manage the structure of the pool." But contrast the reaction now with the way the press hounded Gibbs for giving the Huffington Post a heads-up that Obama would call on one of its editors to ask a question in June, and it seems like at least some members of the press corps are just standing up for Fox because it's been around longer.

Certainly, the White House -- any White House -- shouldn't be in charge of deciding who does and doesn't cover the administration. But that's not entirely what's at stake with Fox News. Aides insist they're not freezing out Fox's White House correspondent, Major Garrett. (Fox's P.R. officials wouldn't allow Garrett to talk to Salon for this story.) The administration hasn't banned Fox reporters from official events; so far, the battle is mostly rhetorical. But that hasn't stopped other news outlets from sticking up for Fox, anyway.

What the White House seems to have realized is that bashing Fox is a good way to score some points with progressives -- MoveOn.org has been calling on Democrats to boycott the network for years, and Democratic presidential candidates wound up canceling a planned 2007 debate that the network would have aired. "So far as the White House has been able to use media outlets and figures like Rush Limbaugh, Glenn Beck and Fox News to brand the Republican Party, it's been a pretty effective strategy," said Democratic political consultant Phil Singer, who worked for Hillary Clinton's campaign in last year's primaries -- a campaign that also tried, at times, to battle back against what it saw as unfair media coverage, though not with as much success as the White House has had here.

For now, both sides in the fight probably think they're winning. The White House gets a boost from its allies, who like to see it battling back against Fox; the network gets higher ratings. As long as that continues, don't expect to see a truce any time soon. Don't expect to see much change in the way the rest of the press handles it, either. It's not personal -- it's just business.