The undignified near-death of Miramax 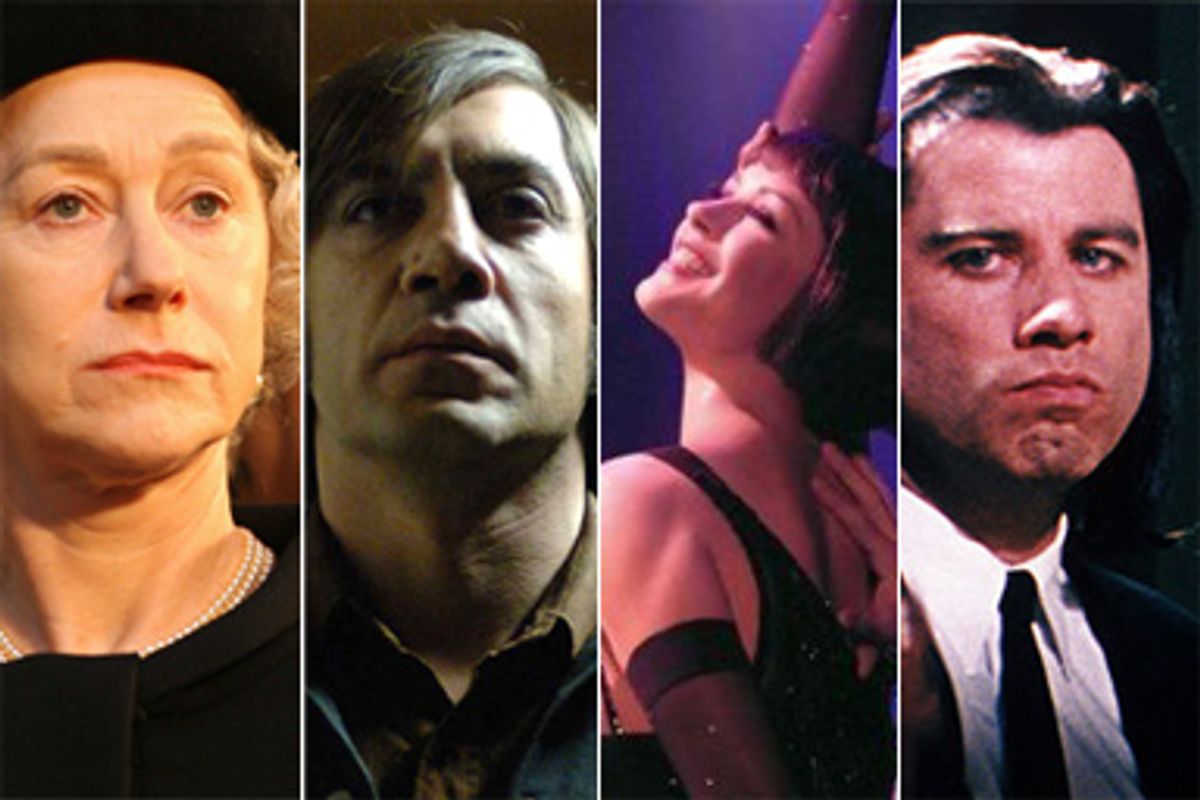 It seems to me that if I were the owner of the only independent-film distributor the general public has ever noticed or cared about, the company that brought the world "Pulp Fiction," "The Crying Game," "sex, lies, and videotape," "The English Patient," "Shakespeare in Love," "Chicago," "The Queen" and "No Country for Old Men," I might try to cash in on that brand name in perpetuity by making or selling some really good movies. Fortunately for all concerned, I am not the owner of Miramax Films, and in recent days the once-mighty indie empire founded by Bob and Harvey Weinstein in 1979 has reached the end of the road, or pretty nearly so.

Actually, what's happening to Miramax isn't even as dignified as a public execution. Instead, now that its corporate overlords at Disney (owner of Miramax since 1993) have drained the company of its vital essence, it will be kept alive in shrunken, zombie-slave form. Reportedly, Miramax will be reduced to around 20 employees -- definitely not including current head Daniel Battsek -- and relocated from its longtime home in New York to the Disney lot in Burbank, Calif., where it will release something like three boutique-film titles a year.

I say again: Harvey's old company, the one that launched, catalyzed and perpetuated the indie revolution of the '80s and '90s. Three movies a year. In Burbank. That's not a studio or a distributor or even a "specialty division." It's a hobby, or an off-brand. It's like that weird brand of Pepsi they sold in the '80s that was neither regular Pepsi nor Diet Pepsi, the one that came in a sky-blue can and was flavored with lemon, and inexplicably had one calorie instead of none at all. That's Miramax.

It might seem utterly baffling, at least at first: Sure, the economy stinks, but Miramax's collapse comes less than two years after the company collected a big pile of Oscars and other awards for "No Country for Old Men" and "There Will Be Blood." Not only had Miramax fully recovered from the 2005 split with the Weinstein brothers (it seemed), but post-Weinstein head honcho Battsek was riding high, pushing forward with an aggressive list of productions and acquisitions. "When you think about how glowing it looked for Battsek just two years ago," says longtime indie guru John Pierson, who partnered with Miramax on various projects in the Weinstein era and now teaches film at the University of Texas, "it's amazing that it could all fall apart so fast." (CORRECTION: In the first published version of this post, I described Pierson as a former Miramax executive, which is not accurate.)

As Pierson also notes, Miramax almost certainly didn't fall apart that fast. While no one inside Disney is talking (at least not to me), veterans of the indie industry almost unanimously suggest that the Miramax collapse was a long time coming. As filmmaker and distribution veteran Jeff Lipsky puts it, there was always "a lack of transparency" in the relationship between Miramax and Disney, meaning that we never knew for sure whether Miramax's supposed hits were adding anything to the corporate bottom line. "Since the day Disney bought Miramax, who knows whether they were bleeding red ink left and right?" Lipsky asks. "I would speculate that this might be a case of pure financial practicality, and Disney finally needed to stop the bleeding."

Pierson observes that when we saw Joel and Ethan Coen picking up their statuettes for "No Country for Old Men," or Daniel Day-Lewis winning the best-actor prize for "There Will Be Blood," we didn't see how much money was spent on publicity and advertising before those guys reached the stage of the Kodak Theatre. "You can easily get into a situation where you're spending money hand over fist in search of that glory," he says, "and along the way you're eroding whatever profitable bottom line you might once have had." Indeed, although those two films grossed more than $110 million between them, well-placed industry sources suggest, amazingly enough, that neither one managed to turn a profit.

Magnolia Pictures president Eamonn Bowles, who worked at Miramax in the '90s, sees the company's near-total desiccation as just another chapter in a lengthy and necessary restructuring of the film marketplace. Over the course of the last two years, numerous other studio specialty divisions and small indie distributors have disappeared, including Picturehouse, Warner Independent, Paramount Vantage, THINKfilm and New Yorker Films.

"The landscape has changed a lot since last summer, when all those companies closed down," Bowles says. "The market has gotten back to a more sustainable level. Those companies whose basic M.O. was to chase the Oscar at any cost created an absolutely false marketplace." He suggests that surviving companies like Magnolia, Sony Pictures Classics, IFC and Zeitgeist, who focus on marketing quality films to niche audiences, are now in a stronger position. "Producers are the ones who may be hurt by this, because there are fewer players with fewer resources, and it's a buyer's market. But we've done very well since last summer. It's inherently a more reasonable situation."

While the Miramax of the '80s and '90s was a legendary institution whose movies and mystique will linger for years to come, no one I spoke to this week expressed much nostalgia about the current edition, which has flailed around since its 2007 Oscar run, without finding an identity or any notably successful films. "Whatever the name brand was worth, once upon a time, it doesn't mean much today," says Pierson. "I think anybody who was smart enough to know about Miramax knew that the company meant Bob and Harvey, and unless they go out of business, you can't really say that Miramax is dead." (The brothers' struggling new entity, the Weinstein Co., was buoyed somewhat this year by the success of "Inglourious Basterds.")

During the Weinstein glory days, when the company made money, won awards and produced or distributed important films by everyone from Quentin Tarantino and Kevin Smith to Pedro Almodóvar and Krzysztof Kieslowski, Pierson adds, "Miramax changed the world, totally and completely. The closest analogy I can draw in film history would be United Artists, from about 1960 to 1972, where you're talking about winning Oscars, about bringing European films to America, about working with important auteurs and also making films for large audiences. Does that mean people will forget about Miramax in 40 or 50 years, the way they've mostly forgotten about U.A.? I don't know. Probably."

To a fan (and creator) of challenging art-house fare like Jeff Lipsky, the Miramax story is more about extraordinary marketing than extraordinary movies. "Harvey Weinstein has proven himself to be a marketing genius," he says, "and that's what the success of Miramax, and all the dollars it generated, were built on. He could take a movie that was savaged by the critics, like 'The English Patient,' attract huge audiences to it and then win best picture. As for 'Pulp Fiction,' I'm not sure that any other company could have done what Harvey did with that film. And, listen, it's an overrated film, in my opinion. But the marketing campaign they built around it -- that wasn't overrated at all."

Some Internet commentators have pronounced the Miramax collapse to be a symbolic death knell for independent film. On one hand, that's lazy, short-term meme-think from people who know little about business and even less about art. On the other hand, they might be right, in that a certain era of independent film -- the one in which it appeared as a hip, hot but fatally nebulous commodity -- is coming to an end.