Should you try an "extreme beer"?

Two companies announce brews with about 30 percent alcohol content. But are they tasty? We ask an expert 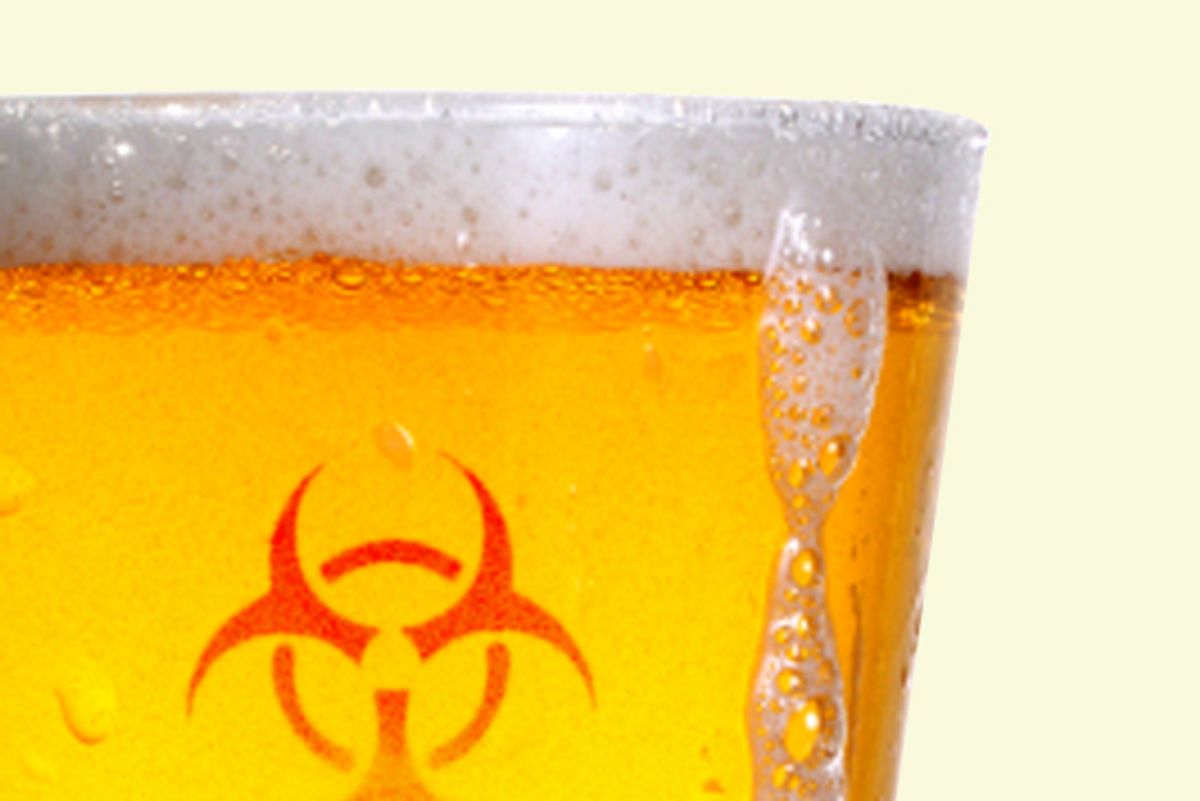 It’s been a big week for fans of novelty, high-alcohol-content beers. A few days ago, Boston Beer Co. (the brewers behind Sam Adams) began offering its latest Utopias beer, with an eye-watering 27 percent alcohol by volume (ABV), and over the long weekend, a Scottish brewery named BrewDog announced that it had made the "world’s strongest" brew. Called the Tactical Nuclear Penguin, it contains an even more shocking 32 percent ABV.  (Its label instructs drinkers to enjoy it in "small servings and with an air of aristocratic nonchalance.")

Far from being the first such concoctions, these are just the latest of a number of "extreme beers" that have hit the markets in recent years – for a list of others, check this roundup on Asylum. But if you’re anything like me -- and you like your beer in a pint glass and, well, easily drinkable -- you might also be wondering why anybody would bother. So we called up Brooks Hamaker, ex-vice-president of Abita Brewing Co., brewmaster, food writer, beer expert and member of our Kitchen Cabinet, to ask about the surprising appeal of hyper-alcoholic beers, how they're made, and why alcohol-content laws keep small brewers down.

First of all: Why are brewers making these incredibly extreme beers?

When you get the price point they're hitting -- Utopias sell for $150 a bottle – it’s really more for beer connoisseurs. The brewers are only going to make so many of these. In Boston Beer Co.'s case, it comes in a very odd bottle and the whole package is very exclusive.

At a certain point, with a certain alcohol content, you've got a lot more flavor and a lot more complexity, and people are willing to pay more money for that kind of thing. They’re not the kind of beers where you're going to knock back five or six at a time. It’s the kind of thing where, if somebody buys a bottle, they're buying that to share, and you’re likely to drink it out of a sherry snifter.

Technically, anything that’s made from barley, malt, hops, water and yeast is beer. Does it behave and act like beer? No, because you can't carbonate something that's 32 percent alcohol, or at least not very well. It's got too much sugar, so it won’t hold on to the carbonation very well.

Do they actually taste good?

A lot of them are really good. The very high-alcohol ones tend to be very sweet because there's still a ton of residual sugar in them. They can have a fairly hoppy character. They’re very heavy on the tongue, and thick in terms in body.

There are also a lot of beers that have emerged in the last four to five years that have slightly elevated 8-12 percent alcohol content that are delicious. The one that stands out to me is Dogfish Head 90 Minute IPA. It's a really well-balanced beer.

How are these extreme beers made?

It's a pretty simple process. It's the same as making regular beer, except you use a lot more barley at a higher concentration, so you're raising the initial gravity [or density] of the beer. Then you find some yeast that's highly alcohol-tolerant (most beer yeast can only tolerate 7 percent alcohol), and pitch the beer multiple times. It also takes a lot longer to make.

Forgive me for being cynical, but aren't they also largely publicity stunts?

Boston Beer Co. can use it as a publicity stunt, because they can afford to, but a lot of small breweries are doing it for their own personal reasons -- because they can't easily market a $150 bottle.

The latest Utopias beer is banned in 13 states because of its alcohol content. What do you make of some states' bans on high-alcohol beers?

I think it's completely ridiculous. Removing a ban opens up an area to lots of non-mainstream beers and breweries, which can spell trouble for bigger brands, so it’s largely tied to wholesalers and market share. Even the states that don't have bans have different label laws, which is a problem for small brewers -- because creating multiple labels is expensive.

So these alcohol content laws keep small brewers out of these states?

That coupled with transportation issues. Shipping beer costs so much because you can only put so much beer on an 18-wheeler. But, then again, many of these craft brewers still sell most of their beer near their brewery -- plus most of these products aren't pasteurized so they don't keep very well. One of the advantages of a high-alcohol-content beer is that it keeps very well -- and in many cases gets better and better with time.