Without smart investments, high unemployment will be permanent 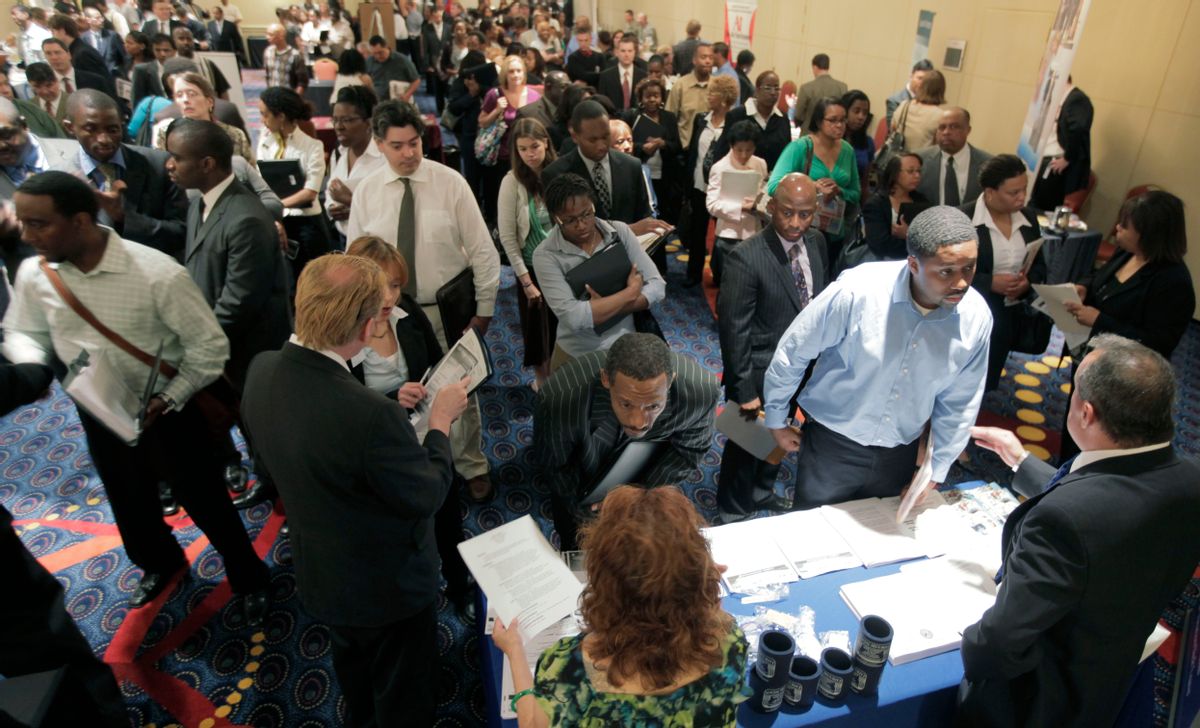 Most ideas for creating more jobs assume jobs will return when the economy recovers. So the immediate goal is to accelerate the process. A second stimulus would be helpful, especially directed at state governments that are now mounting an anti-stimulus package (tax increases, job cuts, service cuts) of over $200 billion this year and next. If the deficit hawks threaten to take flight, the administration should use the remaining TARP funds.

Other less expensive ideas include a new jobs tax credit for any firm creating net new jobs. Lending directed at small businesses, which are having a hard time getting credit but are responsible for most new jobs. A one-year payroll tax holiday on the first, say, $20,000 of income -- which would quickly put money into people's pockets and simultaneously make it cheaper for businesses to hire because they pay half the payroll tax. And a WPA style program that hires jobless workers directly to, say, insulate homes.

Most of this would be helpful. Together, they might take the official unemployment rate down a notch or two.

But here's the real worry. The basic assumption that jobs will eventually return when the economy recovers is probably wrong. Some jobs will come back, of course. But the reality that no one wants to talk about is a structural change in the economy that's been going on for years but which the Great Recession has dramatically accelerated.

Under the pressure of this awful recession, many companies have found ways to cut their payrolls for good. They’ve discovered that new software and computer technologies have made workers in Asia and Latin America just about as productive as Americans, and that the Internet allows far more work to be efficiently outsourced abroad.

This means many Americans won’t be rehired unless they’re willing to settle for much lower wages and benefits. Today's official unemployment numbers hide the extent to which Americans are already on this path. Among those with jobs, a large and growing number have had to accept lower pay as a condition for keeping them. Or they've lost higher-paying jobs and are now in new ones that pays less.

Yet reducing unemployment by cutting wages merely exchanges one problem for another. We'll get jobs back but have more people working for pay they consider inadequate, more working families at or near poverty, and widening inequality. The nation will also have a harder time restarting the economy because so many more Americans lack the money they need to buy all the goods and services the economy can produce.

So let's be clear: The goal isn’t just more jobs. It's more jobs with good wages. Which means the fix isn’t just temporary measures to accelerate a jobs recovery, but permanent new investments in the productivity of Americans.

What sort of investments? Big ones that span many years: early childhood education for every young child, excellent K-12, fully funded public higher education, more generous aid for kids from middle-class and poor families to attend college, good healthcare, more basic research and development that's done here in the U.S., better and more efficient public transit like light rail, a power grid that's up to the task and so on.

Without these sorts of productivity-enhancing investments, a steadily increasing number of Americans will be priced out of competition in the world economy. More and more Americans will face a Hobson's choice of no job or a job with lousy wages. It's already happening.