Getting real tough with the bankers 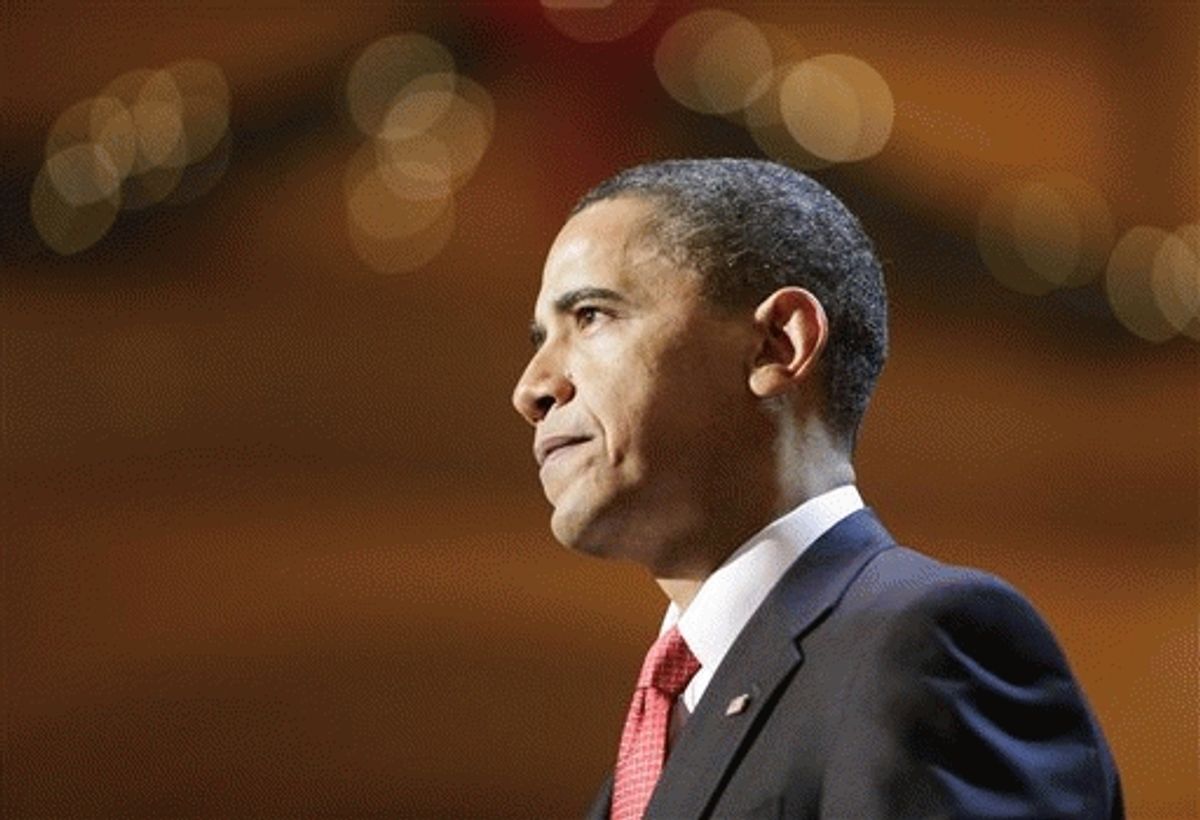 The perception that the Obama administration has been subservient to Wall Street is probably the single greatest political vulnerability the Democrats face.  The President spent the last couple of days saying some really mean things about bankers (he said he didn't get elected to help the "fat cats"), and he has now summoned them for a meeting at the White House, where he's going to explain their moral duty to help the public after the public (i.e., the Government) did so much to help them.  Digby is, shall we say, somewhat skeptical of this spectacle:

It's nice that the president is going to scold these people about not being greedy bastards, but I'm fairly sure that after everything that's already happened, the bankers will be trying hard to keep from smirking and the rest of the country will roll its collective eyes at the absurdity of appealing to their sense of gratitude and fair play. It's just a little bit late for anyone to take finger wagging seriously, I'm afraid.

Everyone can decide for themselves how credible a threat Obama, Tim Geithner, Larry Summers and friends will ever pose to Wall Street, but at least some of the bankers don't seem to be taking it very seriously:

So expect a healthy dose of political posturing before, during and after the President's meeting with top bankers Monday. "It's a p.r. stunt," says an executive at one of the banks that will be getting a dressing-down at the White House meeting.  Executives from Goldman Sachs, JPMorgan Chase, Bank of America and Wells Fargo are expected to be among those in attendance.

One of the most revealing aspects of the bailout was that it was justified by the increased lending it would enable, yet contained no requirement that the funds be used for that.  And, of course, they weren't.

One can say many things about these bankers, but they're typically quite perceptive about matters of self-interest.  They don't exactly seem frightened -- or even remotely concerned -- by the presidential "dressing down" they're about to receive.  In fact, they seem to think it's all a sham for public consumption.  I wonder why they think that.

UPDATE:  Last week, China executed a corrupt official of a securities company and, in the past, "has also executed government officials in its long-running fight against corruption" (h/t austinboy).  Last month, the German Defense Minister was forced to resign in disgrace because of false statements he made about a NATO airstrike that slaughtered numerous civilians in Afghanistan -- American military officials, including Obama's handpicked commander in Afghanistan, have repeatedly done similar things.  Earlier this year, the former Prime Minister of South Korea jumped to his death while being investigated for corrupt and illegal acts he allegedly committed while in power.  Last week, Britain imposed a one-time 50% tax on bankers' bonuses in response to the crisis they caused and subsequent bailout they needed, and France is now doing the same.

I wonder what it's like to live in a country where political and financial elites are held accountable for wrongdoing.

UPDATE II:  Several emails and commenters have apparently read the update to mean that I was condoning or yearning for the Chinese system of executions.   I don't think that's a fair reading of what I wrote, and it's certainly not what I intended -- no more than I cheer for the suicide of an individual under investigation for crimes.  The purpose of those examples is to illustrate the stark contrast between how other countries respond to elite wrongdoing and our accountability-free culture.  Obviously, it's possible to err on the side of excess accountability, or to impose it without fair process.