Tweeting through a tragedy

Was Shellie Ross out of line to post updates in the midst of her toddler's death? 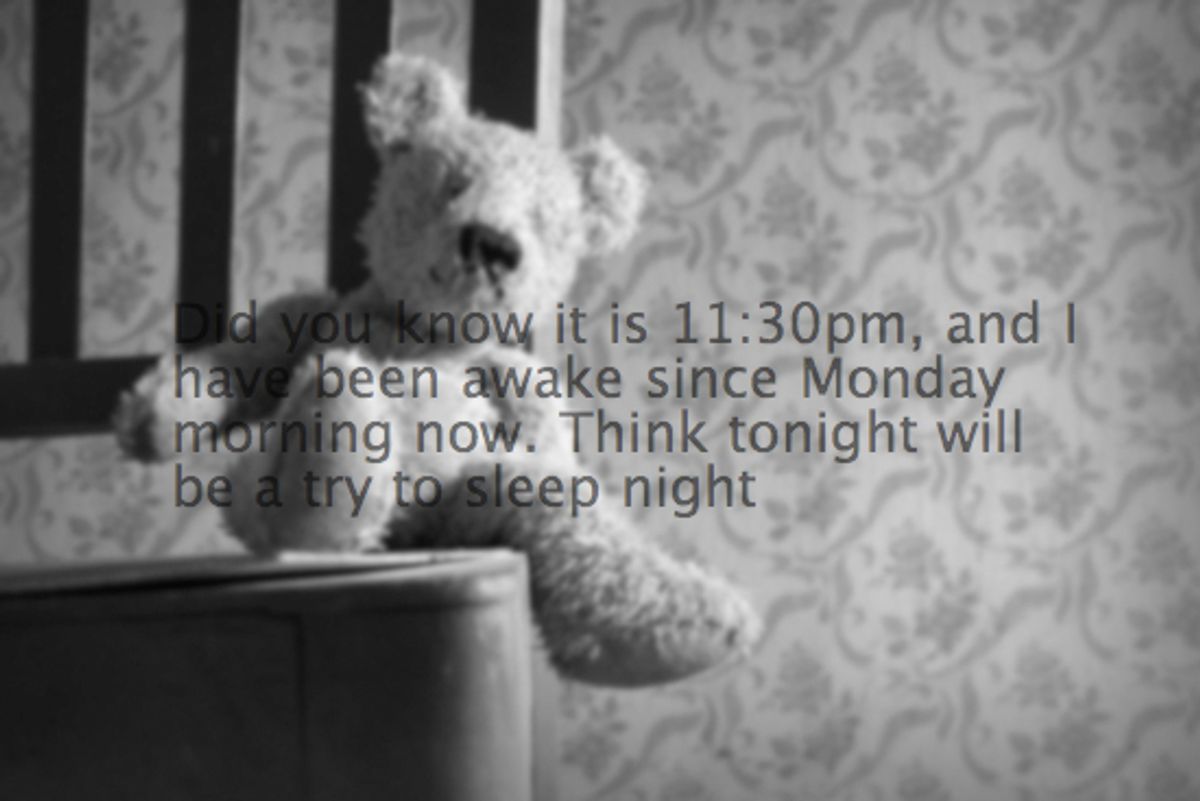 If you're fortunate, you'll never find out the answer. But on Monday, Shellie Ross, a Florida mother and blogger who tweets under the name "Military Mom," did. Early that evening, she was sending out random, mundane updates about her dogs and roosters and the fog coming in. At 5:22 p.m., she tweeted, "Fog is rolling in thick scared the birds back in the coop." A few minutes later, a 911 call came in from her 11-year-old son that his brother was unconscious in their pool. At 6:12 p.m., Ross sent out the tweet, "Please pray like never before, my 2 yr old fell in the pool." Later that evening, at 11:08 p.m., when it was clear her son Bryson was gone, she posted a Twitpic, "Remembering my million dollar baby." Two minutes later, she posted another. "One more because I love him so."

Overnight, there was an outpouring of sympathy and concern for the bereft mother, whose husband is serving overseas. Tonight from 9-10 p.m., The Online Mom blog is hosting a Twitter event to help Ross pay for a box for her child's ashes. But this being the Internet, the critics have been coming out of the woodwork as well.

Amid the general handwringing about what technology hath wrought in our lives, fellow mom blogger Madison McGraw took it upon herself to promptly ask, "Remember the Balloon Boy Hoax? Who would be tweeting the death of their child? Where is the news story?" After the story had been confirmed, she went into blame mode, asking, "Did you read her timeline? ALWAYS twittering. Reckless parents need 2 held accountable 2 prevent others." One user took the opportunity – several of them in fact, to state, " I would keep my 2 YR OLD away from pool by paying attn."

Ross has since removed the original post asking for prayers, as well as the photos of her son. But she has come out swinging against her online attackers, telling one naysayer to "go get bent you fuck tard" and telling McGraw "where us your heart bitch." (sic)

If you've ever had something shocking and unfathomable happen to you or a loved one – and I hope to God you haven't – you may have surprised yourself with your response. You may have clung to the most familiar routines of your day, going through the most reassuring motions you could find. You may have done a load of laundry or watched a movie or finished a bowl of cereal, not because you were so engrossed in your cereal but because your brain and your body didn't know what the hell else to do. In "Aphrodite," Isabel Allende writes movingly of standing at the stove, stirring rice pudding as she grieved for her daughter. And if she were a blogger, who knows? Maybe she would have blogged.

When I asked a military wife friend today if she thought Ross's behavior was especially unusual, she said, "We perceive Twitter as a frivolity broadcast network. But it's also an emergency broadcast network. Grief is a state of temporary insanity. You have no idea what you'll do." It's probably no coincidence that Facebook's Army Wife Network today posted this message: "Reminding you all that what is posted here is PUBLIC for everyone to view. Please PLEASE watch Operational Security and your details but also remember that PERCEPTION is reality. What we say, that someone might read could allow them to form an opinion of military families in general. Just be careful!"

Last night I was out with a friend who works in Florida EMS. We sat in a bar, and she told me about the two or thee deaths she sees every shift. I asked her today if she'd ever seen anybody Tweeting during an accident. She said no, but added, "I've seen a lot of situations. Is there any 'appropriate' reaction to a tragedy? There isn't."