Two stories of the miracles of holiday cooking 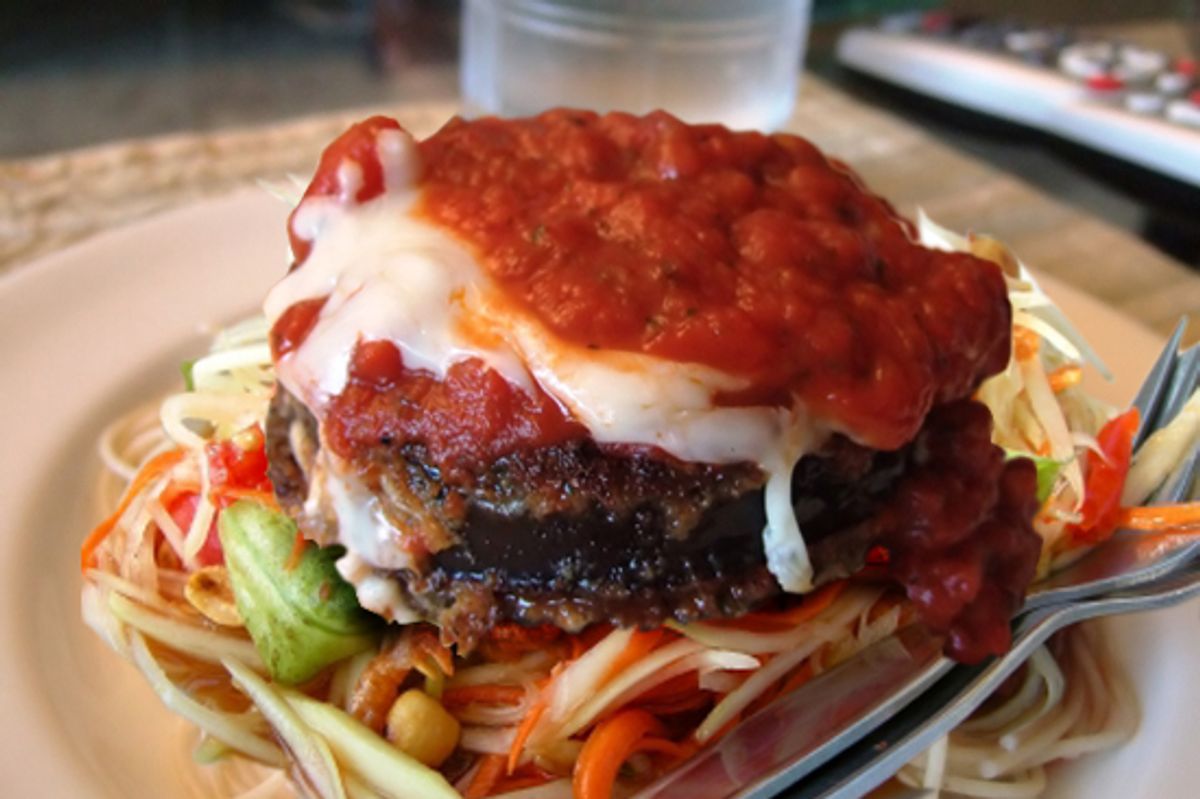 We asked members of our Kitchen Cabinet to briefly share some of their strongest holiday memories with us, and we'll share them with you all this week. Today, our resident wine experts talk about looking into their holiday kitchens and staring into the abyss.

From Steven Kolpan, professor and chairman of wine studies at the Culinary Institute of America:

Twenty-five years ago, when I was not yet a JewBu (a Jew listing toward Buddhism, a bubbaleh for Buddha), I celebrated Hanukkah with a latke party fraught with scandal and miracle.

Getting the Champagne was easy, but making the latkes was hard. I wanted them to be thin, almost crepe-like, but a thin potato batter fried in a very hot Griswold is a recipe for burning. I added more potato, more matzo meal, more onions and more eggs to bind it together, and soon the latke batter just laid there in a lump.

In a subdued panic, I called my mother, who told me the secret to making the lightest latkes was to use seltzer in the batter. The bubbles, according to my mother, would "open the pores of the dough, unlike flat water, which just makes things wet." I had no seltzer, but a couple of bottles of Gerolsteiner fizzy mineral water in the fridge. My mother was dubious, even scornful: German mineral water for Jewish latkes was her idea of a shandah -- a scandal.

I added the Gerolsteiner, and suddenly the batter was perfect; the pancakes were transformed into potato pillows. Idaho spuds, Italian extra virgin olive oil, Hudson Valley eggs, apple sauce and sour cream, and that German mineral water conspired to produce hot, crunchy, oily, rich, light, sweet, savory delights all to be enjoyed with French Champagne. My friends enjoyed themselves immensely -- all smiles and shiny, oily lips.

The symbolism of latkes is really about the oil they're fried in: During the revolt of the Maccabees, the story goes that there was only enough oil in the temple to provide light for one night, but by some miracle it lasted eight. On that Hanukkah 25 years ago, in a small way, I discovered more than I realized I had, too. And now I always have seltzer in the house; it reminds me of my mother.

My sister married a Thai guy. Super sweet, with a mom who's even sweeter. That first Christmas when she joined our family for the holidays, we wanted to do whatever it would take to make her feel welcome.

In our house, that means we cook.

My husband and I had just returned from a month in Laos; the flavors still fresh in our memories, we figured we could whip up an Isaan feast, where the Laotian and Thai cuisines come together. We planned to make piles of larb and find thumbnail-size crabs to pound into our papaya salad. We conferred with her son, who consulted with his mom.

The verdict was immediate: No Thai. “I want eggplant parmesan! I eat Thai all the time!”

Christmas came. The 96 courses we’d planned were already in process by early morning, when we sat around opening presents. So what was Tia doing in the kitchen?

We panicked. How could we tell her we’d already planned every bite of the evening? That we had so much food there was no way we’d have room for more? That we weren’t really sure how sour soup would play against eggplant parmesan?

She dished up noodles for lunch and we murmured something about maybe saving the eggplant parmesan for tomorrow ... "Noooooo! I want eggplant parmesan," Tia insisted. So we made it -- while she prepared sticky rice to go with a papaya salad and deveined shrimp for summer rolls. Somehow, we even all got along in the kitchen. Tia tried to teach us how to whack the bamboo steamer against the side of the pot just right to flip the sticky rice over; we let her sneak slices of eggplant after they were fried.

By dinnertime, we realized that there was nothing to do but set everything out together; courses made no sense. It wasn’t what we imagined, but we figured we could do it our way next year.

But it was amazing. The Thai food was, of course, far better than anything we could have prepared; the eggplant parmesan made Tia positively giddy. And the mix of dishes actually read like so many Laotian meals we’d eaten with large groups: an impossible number of dishes, all set out to dip into as often or as little as one wished, the little bites teasing the palate, keeping it entertained.

Now, it’s how we do it every year.

Tara Q. Thomas is a former professional cook who now concentrates primarily on booze as Senior Editor at Wine & Spirits Magazine. She also writes for Culture, Gastronomica, Real Food, the Denver Post and other publications.