Adultery: Not for men only

Why is cheating still considered a guy thing? 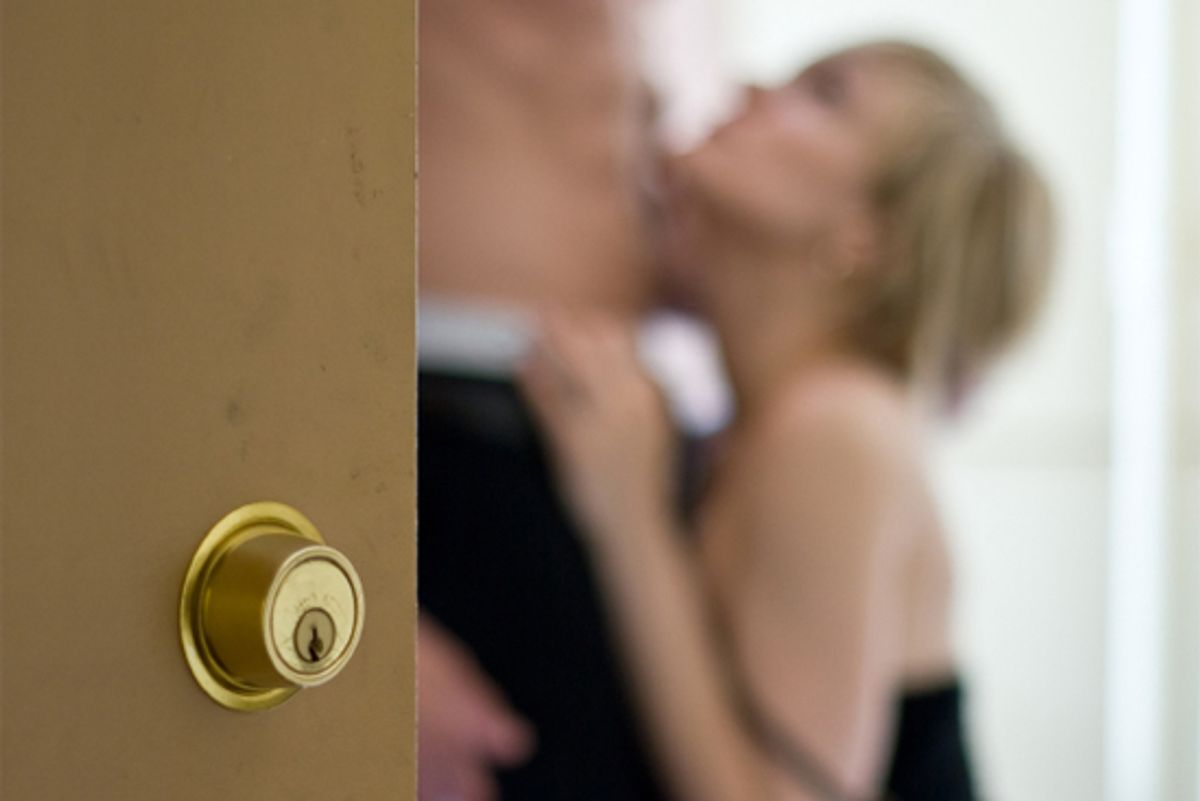 It's been a banner year for high-profile men to cat around on their wives, hasn't it? Come to think of it, last year was quite the barn burner as well.

We might, at such a moment in history, be ruefully wondering why smart, successful men bother pledging their troth to one woman, and doubting whether they're even capable of honoring such a vow. Well, despair not, romantics, because a new book from French psychologist Maryse Vaillant titled ""Les Hommes, l'amour, la fidélité" ("Men, Love, Fidelity") offers some encouraging perspective on males and their relationships.

Oh, they'll cheat all right. But don't get bent out of shape about it.

The divorced Vaillant, whose book is not yet available in English, made a splash earlier today when news of her broad-minded campaign to "rehabilitate infidelity" hit the decidedly more staid British papers. Today's Daily Mail quotes her explanation of straying thusly, "Most don't do it because they no longer love their wives. On the contrary they simply need breathing space. For such men, who are in fact profoundly monogamous, infidelity is almost unavoidable." In fact, it's the husbands who don't step out who are a little bent in the head. She continues, "These are often men whose father was physically or morally absent. These men have a completely idealized view of their father and the paternal function. They lack suppleness and are prisoners to an idealized image of a man of duty." Alors, if your mate is among the estimated 40 percent of Gallic men who cheat, congratulations!

Yet nowhere in any of the discussion of Vaillant's book — and damn near absent from the wider dialogue on men and their extracurricular activities in general — is the fact that adultery is not a male-only province. This year, both Sandra Tsing Loh and Julie Powell released memoirs that detailed, among other things, their dalliances. And though statistics are tough to come by — people don't love to cop to cheating — in her 2007 book "Lust in Translation," Patricia Druckerman claimed that while 20 percent of American men said they'd ever committed adultery and only 10 percent of women did, the percentage of married men and women who admitted to extramarital sex within the past year was near identical. (3.9 percent of the gents to 3.1 percent of the ladies)

So before we trot out the old chestnuts that boys will be boys and spread the seed and something involving cavemen and hunters, consider Vaillant's assertion that "the pact of fidelity is not natural but cultural." If there's to be any plea for a laissez-faire acceptance of wandering, remember then that what's good for the gander (Hint: It's sex — hot, dirty sex) may be likewise for the goose.

We can choose for ourselves whether we believe in monogamy or not; there's certainly persuasive anecdotal evidence on both sides. We can also, one hopes, differentiate between a contract that includes honest communication and mutual consent and one that does not. But maybe it's time for pop psychologists and pundits alike to consider the possibility that promises made by both sexes are not exclusively, inevitably broken by only one.