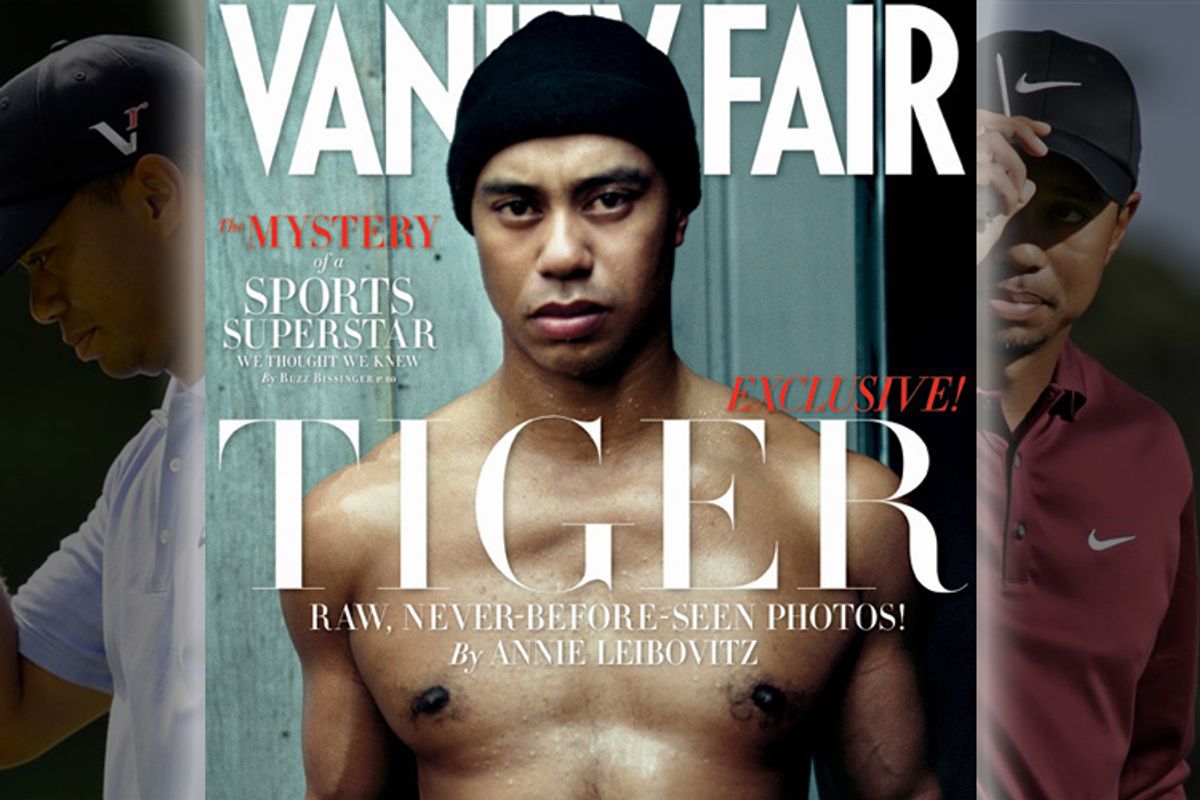 It's a distinctly different view of the golfer's historically nonthreatening image, and one that has already drawn cries of racism and unfavorable comparisons to photographer Annie Leibovitz's notorious Vogue cover of last year, wherein she depicted LeBron James as a rather angry brute. Leibovitz, meanwhile, says today  that, "Tiger is an intensely competitive athlete -- and quite serious about his sport. I wanted to reveal that in these photos. And to show his incredible focus and dedication."

That concept does seem well in line with Buzz Bissinger's accompanying story on Woods' downfall, and a "hubris that revealed his fundamental arrogance." In it, Bissinger speaks of "image versus reality, the compartmentalization of two different lives." So is this image of Tiger, the one who looks ready to get rich or die tryin', any more real than that of the baby-faced guy in dorky shirts  we've seen waving from the green all these years? Or is it possible that Woods, like any of us,  is a bundle of many contradictory things at once -- athlete, parent, lover, jerk? V.F. is rolling out more images from the shoot on Tuesday, and it'll be interesting to see what went into the creation and choice of that arresting photograph. One thing's for certain given the magazine's -- and Leibovitz's -- recent penchant for pretty but heavily artificial-looking portraits, it's a pleasure to see an image that's so raw and strong. Does it work as a fair representation of Woods? Maybe, maybe not. But it's Leibovitz's boldest work in ages.